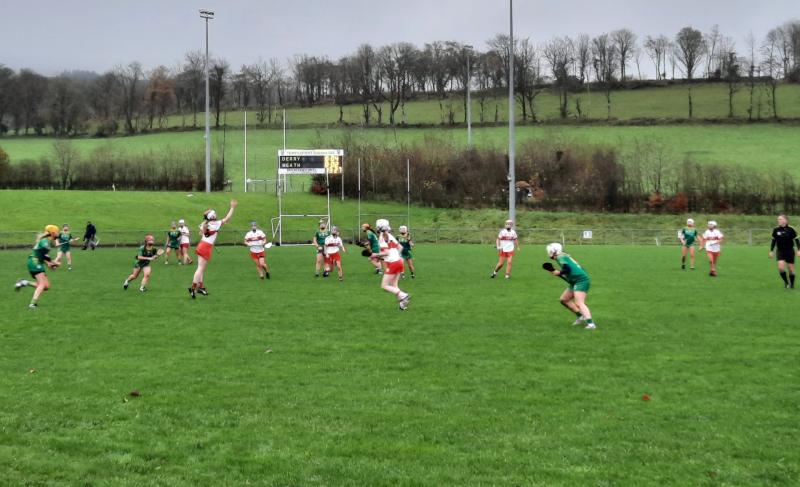 Derry's hopes of a first All-Ireland camogie title since 2012 were put to the sword by 2017 champions Meath in Templeport on Sunday afternoon.

The sides were level (0-6 each) at the break and when Derry edged ahead with a Mary Hegarty point at the start of the second half, they looked well-placed to push on.

A series of missed frees allowed Meath to get on level terms, before Aoife Maguire put the Royals ahead for the first time since Aine Minogue's opener after 11 seconds.

Meath began to get a grip at midfield and went in at the second water break two points ahead, 0-9 to 0-7.

Then came the killer goal.  A ball over the top of defender Rebecca Bradley landed into the run of Sinead Hackett, who slotted to the net.

Derry were always playing catchup after that and struggled to break down Meath's defence.