Mark McGuigan, Eoghan Cassidy and Fintan Bradley all come in 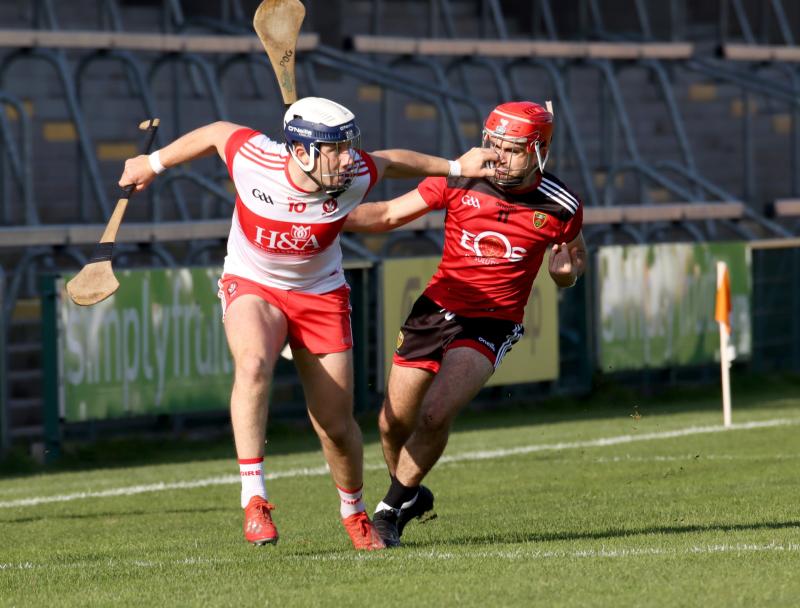 Mark McGuigan is one of three changes by Derry manager John McEvoy ahead of Saturday's Christy Ring showdown with Offaly (Pic: Mark Richards)

The Derry and Offaly teams have been named for Saturday's Christy Ring Round 2B clash in Newry's Páirc Esler (1.30).

John McEvoy has made three changes from their 1-13 to 0-13 defeat last weekend to Down in Ballycran.

Fintan Bradley, Eoghan Cassidy and Mark McGuigan have all been retained having being introduced against Down.

Dropping to the bench are Chrissy Henry, Thomas Brady and Jerome McGuigan.

Offaly, under manager Michael Fennelly, finished third in Division 2A and their only defeat came at the hands of Kerry and they drew with Antrim in Tullamore back in March.