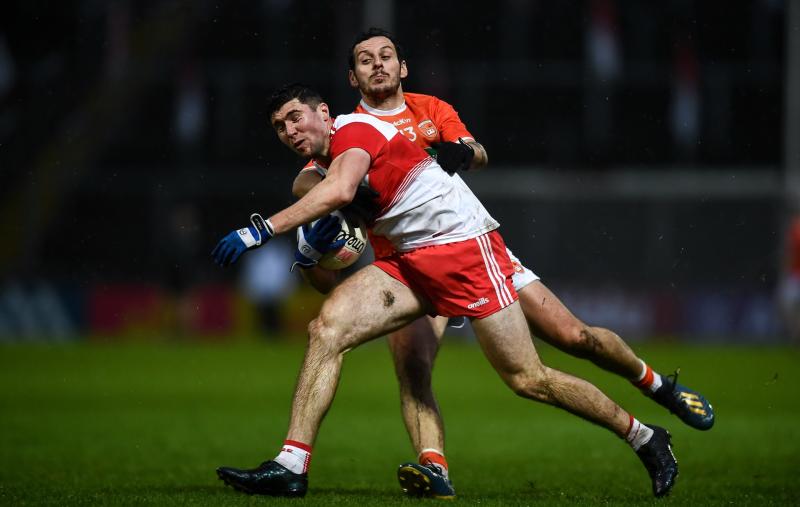 A lacklustre first half came back to bite Derry on Sunday afternoon at Celtic Park, leaving themselves too much to do to come back from a six-point deficit.

Derry's pursuit for a first Ulster win since 2015 continues, but allowing Armagh too much room in the first half was their wrongdoing.  Some the Armagh scores came under no pressure, which won't have pleased boss Rory Gallagher.

It was tit for tat in the early stages, but points from the impressive Rory Grugan (2), Jamie Clarke and Jarlath Óg Burns put them 0-6 to 0-2 ahead at the first water break and on the way to a six-point lead, 0-11 to 0-5.

Derry came out with more vigour at that start of the second half.  A monster McGuigan free and a point for Ethan Doherty, one of eight championship debutants, cut the gap to four and the game began to turn.

Armagh went down to 14 men when Clarke was black-carded, but Derry didn't capitalise on it.  Sweet scores from McFaul and Loughlin were not enough to help the home side swing the game.

Blaine Hughes' kick-outs over midfield always had Armagh on the front foot.  Derry did get it back to a point, before Rian O'Neill's free, with the last kick, booked Armagh's semi-final spot with Donegal.