The Oakleafers were never able to break down packed defences 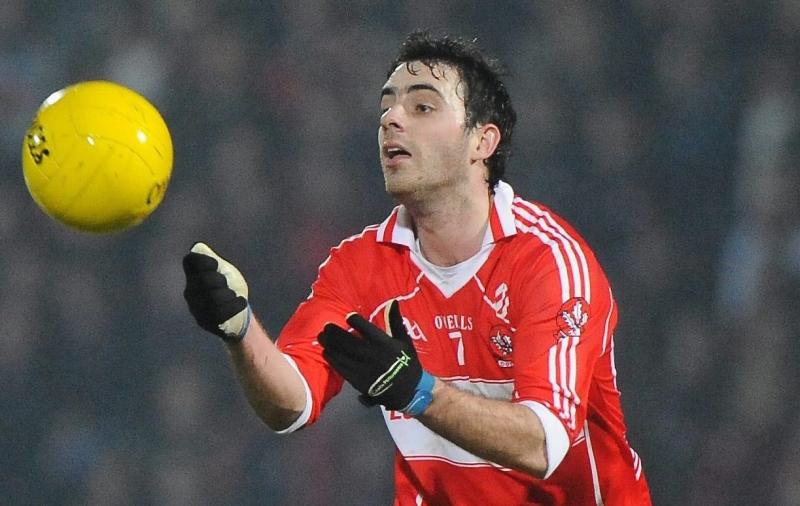 Former county dual player Liam Hinphey feels the Derry football team he played on and their attack was responsible for blanket defences.

In an interview in this week's County Derry Post, he looks back on his career across both codes for club and county.

He was handed the job of marking Sean Cavanagh on his debut when Derry beat All-Ireland champions in the 2006 Ulster championship.

“They played into our hands,” Hinphey remembers. “Mark Lynch went deep and Davy Harte followed him.”

“I can never remember a day when 15 went out on 15, without a sweeper that we didn't win.

“We beat Armagh and we beat Kerry, we beat Tyrone and we beat Galway a couple of times. Any time we took any of the big scalps, they played with (the standard) 15 and didn't need to drop a man back. The boys just cleaned them out.”

By the Ulster semi-final that year, Hinphey felt Donegal had their homework done the the wide open spaces were gone.

He feels Derry's failure to win an Ulster title was due to not being able to break down packed defences.

“Paddy and Eoin and them boys were nearly that good, they were responsible for blanket defences. That was before it was all the norm, we were trying to deal with it

“Monaghan always did it,” he added.

The area between the full and half forward lines was 'stuffed' and the lack of space undone Derry.

“A few years before that, Paddy hit a cricket score against them. People talk of that (Derry) group not winning an Ulster championship, that was the issue. It was trying to break down blanket defences before blanket defences were the norm.

“We won that league title, but an Ulster championship would've been nice. It is what it is.”