Derry unstuck by goals in a controlled Down performance 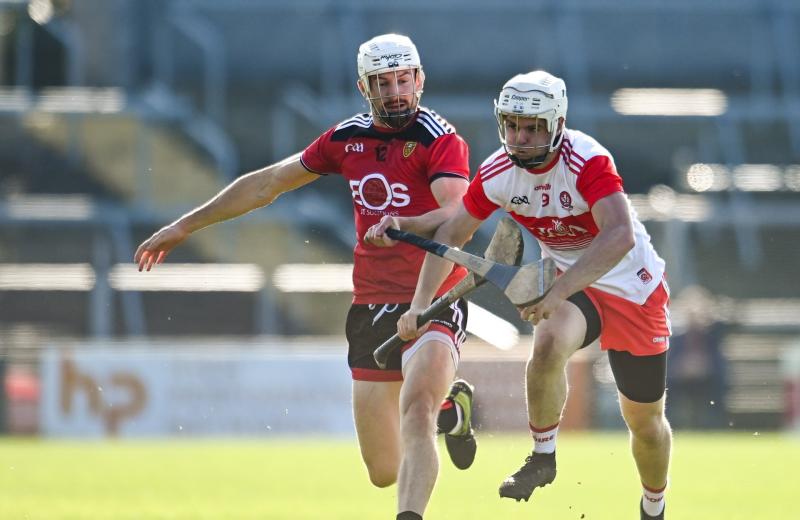 An eleventh minute goal from Eoghan Sands put Down ahead in perfect conditions at the Athletic Grounds.

Derry had the breeze in the first half and played a short game in defence, before launching direct ball into a dominant Down defence.

It took ten minutes for Cormac O'Doherty to register the first score of the game, but Sands' rasping goal had Derry rocking.

Eamon McGill and John Mullan, who came on for the injured Chrissy Henry, had the early joy at midfield, but Phelim Savage began to take control.The Sands brothers were sharp in attack, with Down's defence repelling Derry.

The Oakleaf attack struggled to get any shots at the posts.Thanks for O'Doherty's free-taking, Derry were in the game at the break.

Clashes between the teams have been decided by the a goal in recent times and Derry needed a huge second half performance.

Derry battled their way back, but McCrickard's strike left Down in control.

Frees from O'Doherty had Derry back to within a goal, but the immense Down defensive display ensured there would be one winner.

They lost Mark Fisher to a red card, with Derry also finishing with 14 men.   Richie Mullan picked up an injury and they had used all their substitutes.

Derry face Sligo in the first round of the Christy Ring Cup next weekend.

Grab Monday's Derry News and Tuesday's County Derry Post for all the coverage.