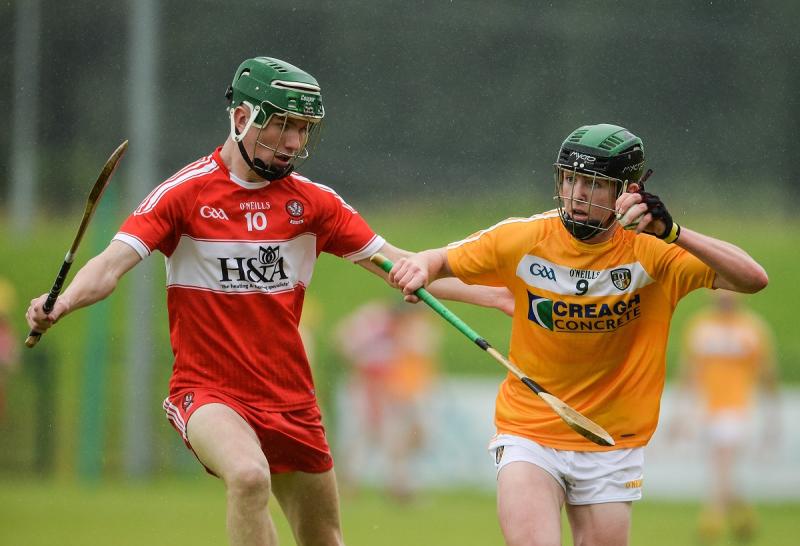 Fintan Bradley will make his senior hurling debut for Derry against Down in Sunday's league final in Armagh (Pic: Oliver McVeigh/Sportsfile)

Derry senior hurling manager John McEvoy has handed a competitive debut to Fintan Bradley ahead of Sunday's NHL Division 2B Final against Down in Armagh's Athletic Grounds (2.00).

Bradley featured in challenge games at the start of the season, before joining the U20 football squad.

The Lavey man was top scorer in the club championship this season and is one of five changes since Derry draw with Kildare at Celtic Park back in March.

There is a first start of the season for Mark Craig.  Also included are Mark McGuigan and John Mullan. Both opted out of the squad at the start of the year, before being recalled to the squad by McEvoy after watching the club championships.

The other change is Eamon McGill's first game since  being replaced after 25 minutes of their win over Warwickshire.

The Oakleafers have won the last four meetings between the counties, three of them coming under John McEvoy's two years as boss.

Down have yet to name their side, but manager Ronan Sheehan his planning without key attacker Danny Toner who picked up a serious knee injury in club action with Ballygaglet.