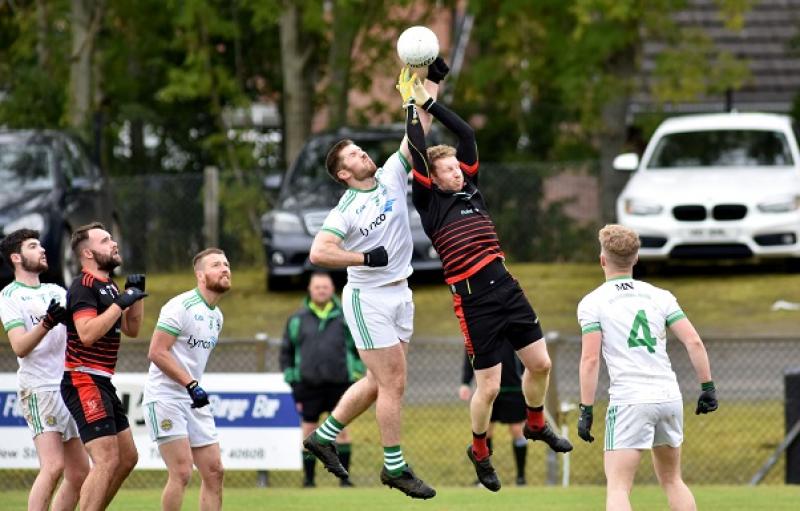 The Club Players' Association (CPA) are appealing to the GAA to allow clubs to finish their season.

It comes after the GAA's decision on Monday to suspend all club games 'until further notice'.

The decision was made on the basis of 'public safety' following incidents surrounding post-match celebrations and a 'lack of social distancing' at 'certain events'.

The PSNI said they were investigating Sunday's Derry senior final in Bellaghy, between Slaughtneil and Magherafelt, which was attended by several hundred fans.

Derry GAA defended their staging of the game, stating it was a all-ticket and 'GAA and health protocols' had been communicated ahead of the Sunday's showpiece.

Greenlough's win over Steelstown in the intermediate final was played behind closed doors at the same venue, while Craigbane's junior semi-final with Magilligan was absent of supporters due teams hailing from the Derry and Strabane Council area.

The Derry junior final between Desertmartin and Craigbane, originally fixed for Sunday, has now been called off. The U16 football championships have yet to be concluded.

In Donegal, the already rescheduled senior final between champions Naomh Conaill and Kilcar is another unplayed decider.

“We have been contacted by a lot of clubs over the last 24/48 hours, distressed and disappointed that their season has been brought to an abrupt and unsatisfactory end”, said CPA Chairman Micheál Briody.

“They all understand the need to tighten restrictions, but are appealing to have the chance to finish out their campaign.”

The CPA acknowledged how the GAA management has taken 'responsibility' and is 'showing leadership' to again stop the spread of Covid-19.

They praised the 11-week window for club games, with 'uninterrupted access' to players and the 'interest and excitement' it brought to the grassroots.

“The GAA leadership centrally, at provincial level and in some counties have attracted unfair criticism. This criticism has been for situations where they have little control over an individual’s behaviour, and where Association guidelines have been ignored or flouted,” Briody continued.

“We all understand the euphoria of championship success, but some of the behaviour has rightly attracted scrutiny in light of the pandemic we are all living through. We do not condone this at all.

“At this time, in light of the GAA directive on Monday 5 October, we are pleading with the GAA management committee to allow outstanding adult championships to be completed behind closed doors.”

The CPA highlighted the following points, when making their request:

- The number of club players who are only a few days away from completing their season is minimal.

- It is extremely unfair that they should be left hanging for the next number of months not knowing when their finals will be played.

- According to guidelines they can and most likely will continue to train until their games are played, which may contribute to further transmission and risk.

- The extra costs of training over the coming months will put further financial pressure on these clubs who have been unable to raise funds in 2020 like other years.

- Finishing the competitions will allow all clubs to have full closure on this season, and give players and mentors an uninterrupted break with their families at this difficult time.

“We would re-emphasise that we agree that the lack of social distancing in some stands is totally unsatisfactory and the after-match behaviour in a few clubs has been disappointing, to say the least.

“However we feel that cancelling club games is unfair on players who through no fault of their own are being denied the chance to finish what has been a unique and challenging season.”