Friel goal puts Swatragh on the way to victory

Skipper scores 1-7 in victory over Dungannon 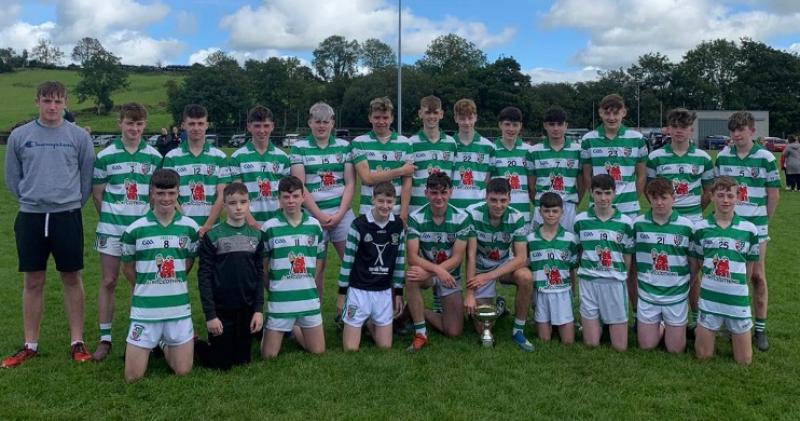 DERRY U16 B HURLING FINAL

In Sunday's U16 B final, there was title joy for Swatragh with their seven-point win over Dungannon at Davitt Park on Saturday afternoon.

The home side played against the breeze in the first half in a very tight competitive game and sides were level at the break, 0-7 each.

Swatragh first arrived with perfect timing. A 50 yard free from James Friel dropped all the way into the Dungannon net, to give the 'Swa cushion for the second half.

They build on their excellent start, with two sweet points from Shea Walsh, followed by a Conor Murray goal.

Swatragh began to get into their groove and it wasn't long until they scored again. A great team move finished off with an excellent Joseph McCullagh point.

The Davitt's, thanks to the effort of McCullagh and McLauglin at midfield, kept themselves in control.

Dungannon did rally and came back well, but Swatragh's defence were outstanding on the day.

Their full back line of Ben Murphy, Frank O'Kane and Ben Kearney were very solid in front of a very hard working half back line.  The pick of the attack were Walsh and Murray, with great work from Mark Tohill.

After the game, James Friel received the cup from Michael O'Kane of Derry CCC.