A third meeting in four seasons of Bellaghy and Ballinascreen

It could take extra time to find a winner 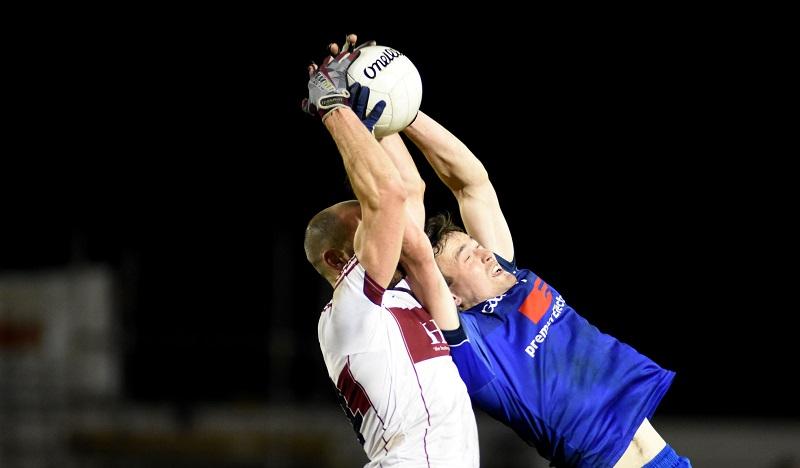 For the third time in four seasons, Bellaghy and Ballinascreen will be at loggerheads in the cut and thrust of championship football.

In 2017, a bizarre game of three red cards, two black cards and four penalties, which was far from tempestuous, ended in a seven-point Ballinascreen win. Later that year, Ryan Scullion saved two penalties as 'Screen beat Bellaghy in the minor decider.

A year later, at senior level, Bellaghy outplayed 'Screen, but left Owenbeg scratching their heads as to how they lost it. Goalkeeper Scullion got the faintest of touches on a first half Eoghan Brown shot, turning it onto the bar. Despite Ryan Lee and debutant Conleth McShane excelling on the wings, Benny Heron's late thunderbolt ripped the net off the crossbar and put 'Screen through.

They won't want reminding, but Bellaghy are now in their fifth season without a win in knock-out championship football and were flummoxed by Banagher's electricity last year.

John McKeever came in as manager and after an exciting second half, they drew with Loup in round one and after an expected win over Foreglen, they lost their way against Newbridge after their early control.

Skipper Brown is their experienced head. Frankie Donnelly and Ryan McNally, used from the bench so far, tick that box too, but McNally picked up a broken jaw and concussion in the defeat to the 'Bridge.

Below that, Brown's second cousin Declan, Peter Cassidy, now at full forward, and Ruairi McElwee, Ryan Lee, Chris McAfee and Karl McCallion are the next batch in terms of age. Transition takes time.

They face a Ballinascreen team who won their first two games and were in relative control against Swatragh. Their gameplan focussed around Anton Kelly at full forward, with Benny Heron and JP Devlin around him.

Bellaghy have done something similar, with Paul and Peter Cassidy up front. Against Loup, Peter interchanged with Eoghan Brown for spells. They badly missed hamstring injury victim Ruairi McElwee who wasn't risked against Newbridge. McKeever will assess him, Declan Cassidy and defender Marc McClenaghan before naming their side.

It will be interesting to see if Liam Bradley changes his tact away from Anton Kelly, with Noel Rafferty coming in from the start, or perhaps starting Dermot McBride and playing with Heron and Devlin up front. Either way, they rely too much on Shane Mulgrew from frees and Heron to turn defences inside out. Barry Grant has returned home and could be another option up front.

There will be hard questions asked in Bellaghy this week too. A single Eoghan Brown point was all their forwards could muster from play against the 'Bridge. It won't sit well with them.

Of all the 'Screen injuries, Ryan Scullion is arguably their greatest loss, as they struggled on their kick-outs against Swatragh even before they went down a man. Bellaghy 'keeper Peter Stuart tends to kick long, so this weekend's clash could be a battle of Philip Bradley and Paul Burns, against Chrissy Downey and Kealan Friel at midfield.

Conor McGovern and Carlus McWilliams usually rotate into the sweeper role for 'Screen. If Bellaghy play their three men up top, or four across the half-forward line McGovern could be asked to follow Eoghan Brown wherever he goes, like he did on James Kearney, allowing McWilliams to sit tight.

A game with more questions than answers and very difficult to call. Without any certainty, perhaps Bellaghy could pull through after extra-time.