Donaghy, Kerrigan and Johnston all out for Claudy 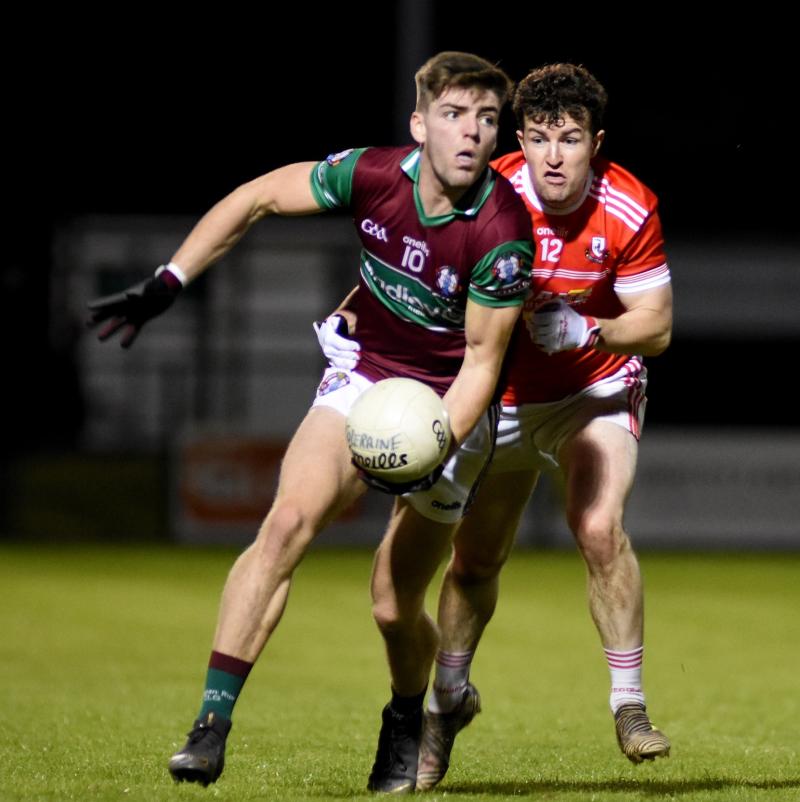 Fifteen years ago, Claudy beat Coleraine to land the intermediate title and their only survivor won't be terrorising their defence this weekend.

Marty Donaghy played in 2005 decider, on a team captained by his brother Gavin, but since his man of the match performance against Dungiven 'Nugget' had an operation on an elbow injury sustained in last year's intermediate final defeat to Foreglen.

The Coleraine team back then would form the core which led them on a crusade to Derry football's top table, twice. With a consistency few have matched.

They picked up the intermediate title in 2006 on their way to conquering Ulster. From that team, Barry, Ciaran and Sean Leo McGoldrick remain. As do Ciaran Mullan, Niall Holly, Anton Rafferty and Ryan McGeough. It nearly saw them overcome Scotstown to reach a senior Ulster final.

Their relief will be not having to hatch a plan to nullify Donaghy. 'Nugget' had put the operation off until now. With centre back Conor Johnston and inside forward Aaron Kerrigan both suspended, it tears a hole in Emmet McKeever's plans for this weekend.

It heaps the scoring mantle on Oran Armstrong, who will need Paddy Hargan to follow on from his impressive second half against Dungiven to give them a cutting edge.

It was a game Claudy controlled and on the back of a similar showing against Swatragh, they were well poised in the group.

Now they face a huge challenge in the face of a Coleraine team who are starting to assemble their pieces together for the knock-out stages.

Aidan McGonigle, Dara Mooney, Justin Donnelly and Lorcan McMullen were among those to get some action under their belt.

Sean McGoldrick is expected to hand his son Liam the number one jersey once again. A combination of him not being ready to play outfield and double championship winning 'keeper McGeough's back injury has made the manager's mind up.

Ruairi Mooney came off the bench against Kilrea for a first appearance this season, but didn't complete a full session on their return to the training field, didn't hurl against Lavey and could be a doubt. Gavin McWilliams hasn't been training and Declan Mullan is also yet to feature.

His brother Ciaran missed the early stages with a metatarsal injury, but was back in training and was an unused substitute against Kilrea. Paul Daly also played in the reserve game and gives McGoldrick and his long-term sidekick Sean McLaughlin another selection option to consider.

Like it has done for many years, the core of their selection will revolve around the McGoldricks. They have versatility and their shape will depend on where Niall Holly is deployed and if Ruairi Mooney is deemed fit to start. If he is at full back in Liam's 'absence', their team will shuffle forward a step, with Barry McGoldrick going to number six and Sean Leo, will join Colm and Ciaran in attack.

A Claudy team with all their pieces in place and with their settled run of performances, would have asked serious questions of a Coleraine team struggling to find their feet. Now the pendulum swings in the opposite direction. Claudy have nothing to lose and everything to gain, but Eoghan Rua should advance to the last eight.