Dara McGill swaps football for a career in horse racing 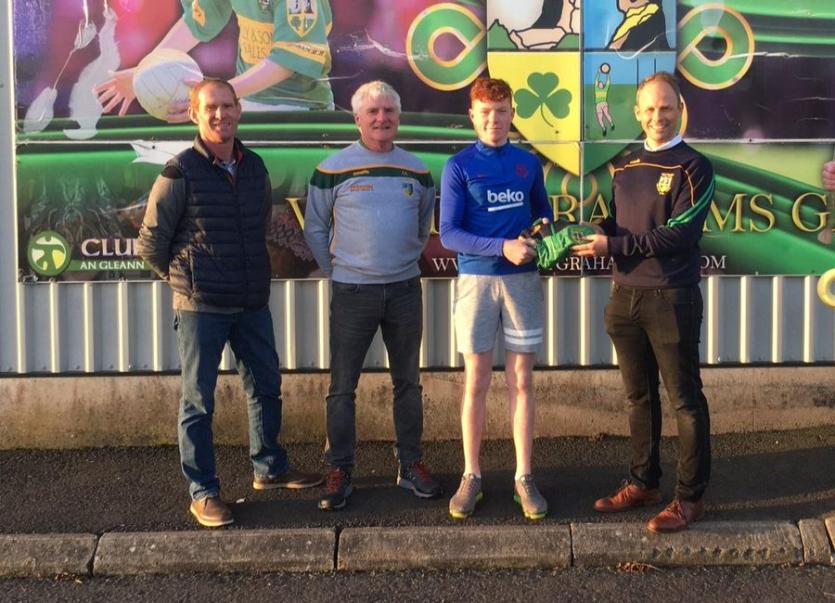 Maghera teenager Dara McGill has been riding race horses since the age of 11 and will now pursue a career in horse racing in England.

The 16 year-old, a minor footballer with Glen, has joined Olly Murphy Racing, based in Stratford Upon Avon.

"It is great to get into such a big yard and to be working with so many good horses," Dara told DerryNow.com.

Dara's brother Oran, who plays football for Glen's senior team is also a jockey, with local trainer Noel Kelly and is also selling shares in a a horse.

They are a chip off the block.  Their father Gary is a former Derry footballer and trains 'up to 15' horses and owns horses himself.

His son's move across the water is a tremendous opportunity, but it's not entirely a shock.  Horses have always been an integral part of his life.

"My father always had horses when I was growing up and I’ve been around horses all my life," Dara added.

For the next four years, Dara continued to develop and finished the horse and pony racing last year.  There was always a desire to head to England when he completed his school.  The early shutdown with Covid-19 got him thinking much earlier.

"I got professional jockey Aidan Coleman’s number from my dad and rang him to ask what yard would be a good yard to go to," Dara points out.  Olly Murphy was the name that came back.

"I rang Olly and he said to come over for a week to see how you get on and I went over and enjoyed it and he offered me a job."

Dara heads off on Friday for the next step in the journey of a career he has always wanted.  Maghera's loss is Olly Murphy's gain.