Conor McSorley's goal turns the tables for Ballinascreen against Lavey

'Screen book their place in the senior semi-finals 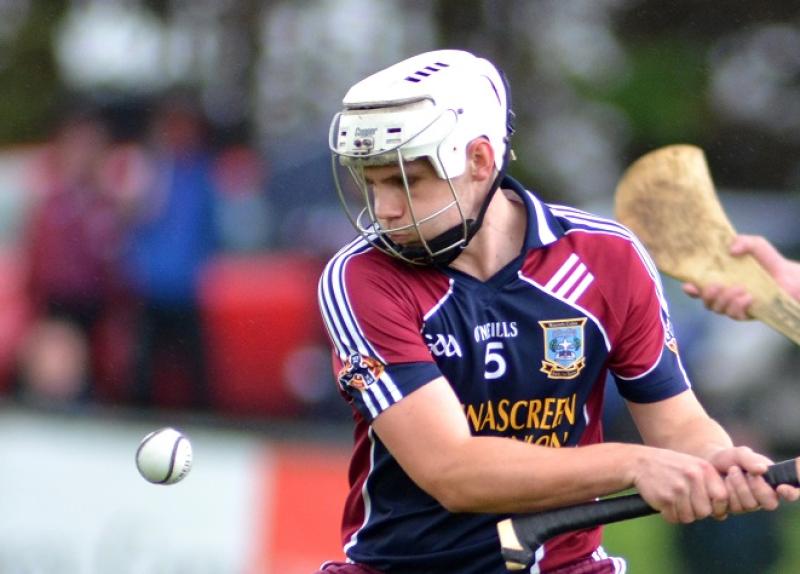 With five minutes to go, Paul Cleary drilled a 25 metre free along the ground and when it wasn't cleared, Conor McSorley batted the loose sliotar to the Lavey net.

It was the first time Ballinascreen were level (1-14 to 0-17) in a game they trailed by nine points coming up to half time.

With a superior score difference, a draw would've been enough for Lavey, but points for Cleary and Aaron Kelly put them ahead.

Fintan Bradley had a late free, but his low effort was saved by goalkeeper Marty Mulgrew and it was 'Screen that held on for a victory that seemed unlikely for long periods.

Their reward is a semi-final rematch with Kevin Lynch's, with Slaughtneil facing parish rivals Swatragh on the other side of the draw.

Lavey will now play in the junior semi-final against Coleraine, with Banagher and Na Magha in the other semi-final.

Both teams stood for a minute silence in memory of Ballinascreen sponsor Hugh McWilliams before the game.

Lavey had the breeze at their back and with greater urgency in their play went four points ahead before 'Screen got to grips with the game.

The Erin's Own men were awarded a penalty but referee Niall Clifford adjudged Fintan Bradley to have broken the line when he shot and the penalty was overturned.

Bradley was putting over some sweet scores, but missed a simple free before the break.

Noel Rafferty (2) and Paul Cleary scored early second half points for 'Screen, as they came back into the game.

The concern at Davitt Park was the falling light and as the game developed, visibility was becoming more of a problem.

Midway through the second half, Colm Murphy can feel hard done by to pick up a second yellow card and Lavey were down to 14 men.  Seconds earlier, Noel Rafferty looked to have a certain penalty shout waved on.

Without Murphy, Lavey were not able to match 'Screen's hunger around the breaking ball and the game was already slipping away from them.

On Monday night Banagher drew with Swatragh thanks to goals from Oisin McCloskey and Johnny O'Dwyer, while Sean Martin Quinn scored 0-10 for the Davitt's.

On Tuesday night, Slaughtneil fielded just Jerome McGuigan from their senior team and were 1-21 to 3-8 winners at Na Magha.  Proinsias Burke scored 1-4 for Michael McShane's men.