Midfielder Cassidy may require an operation in the long-term 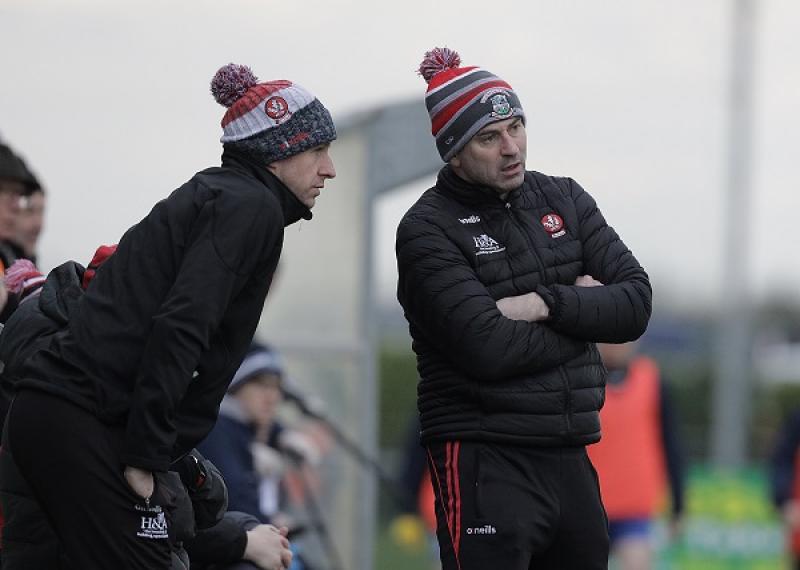 Derry senior football manager Rory Gallagher would consider calling up any players who 'catch the eye' during the club championship, but stresses the need to build a consistent panel.

Gallagher has lost ace defender Karl McKaigue to an Achilles injury, but reports an otherwise 'quite positive' bill of health.Enda Lynn, Padraig Cassidy and Michael McEvoy have not featured so far for their respective clubs.

“Tad (Cassidy) has a very niggling groin injury that may require surgery down the line, he has been carrying it all year,” Gallagher said.“Enda Lynn is on the comeback and Jack Doherty is back, so the injury front – bar Karl – is quite positive.”

Gallagher will be keeping his options open with regard to the panel and hinted at adding a couple of younger players.

“If somebody catches our eye, we will no doubt look at them. There are a couple of younger players we have spoken to and we'll engage (with) after,” he added, before stressing the need to put a stop to the constant turnover of players from the Oakleafers' camp.

n the last decade, Derry have used 130 players in league and championship. Of that, 43 have not seen championship action, with a further 10 just having one championship appearance.

“I feel there has been an inconsistency in players in the squad over the last number of years,” offered Gallagher, who was appointed last September on a three-year term.

“In four and a half years, 83 players have played for Derry, I find that startling,” he added.“I want a consistent group of players, consisting of 24 or 25 that will play a huge amount of games over the next number of years.

“You get never get to the level without consistency of everything, including selection. We have to stick together, in the good days and the bad days, and that's something I will be trying to make very clear to the boys.”

Derry have two remaining games in the league to play, Longford (H) and Offaly (A), before their championship opener against Armagh.