A rematch of the 2018 final as Lavey visit Coleraine 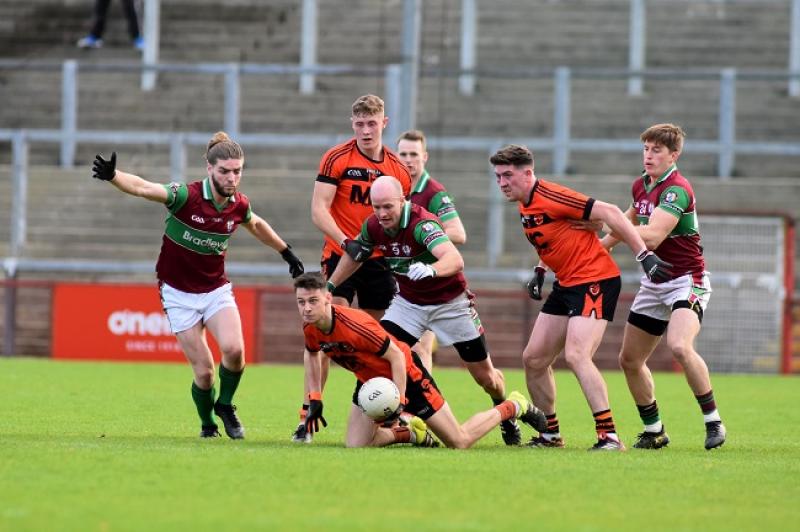 Two years ago these sides met in the decider, but there will be less at stake this weekend between teams with realistic aspirations of bringing home the bacon in October.

Cormac Collins and Ryan McGill are out of the underage ranks, but Jamie Duggan, Enda Downey and James McGurk have also joined the senior panel.

Like hurling boss Johnny McGarvey, the club footballers opted for just one challenge game to keep their side fresh for when the championship kicks into life in September, with their group games as warm-ups.

Eamon McGill is recovering from injury and could return for the 'second or third' games, while Thomas Donaghy, Anthony and Hugh McGurk are on the sidelines. Ryan Mulholland sustained broken fingers in Lavey's hurling win at Na Magha.

Declan Hughes and hasn't been on board this season and experienced defender Shane Lagan has retired.

Coleraine didn't play a challenge game at all and Sean McGoldrick admitted his side are nursing their fair share of knocks. Richard Carey hasn't featured since his injury, while Mark McTaggart has hamstring trouble.

Declan Mullan and Gavin McWilliams are again on the injured list, while a metatarsal injury looks to have ended Ciaran Mullan's season.

Niall Holly is on his way back and moving well in Saturday's draw with Banagher in the hurling championship. Derry duo Ruairi Mooney and Liam McGoldrick both sat out the hurling, but could return later in the group stages and Barry McGoldrick is nursing a hamstring strain.

It may give Dara Mooney, Lorcan McMullen and Aidan McGonigle a chance to put their hand up for a place in the team.

It's hard to see either team showing their hand, with the chance of a meeting down the line when it matters. A draw perhaps.