Ballinascreen hit by injury concerns ahead of Claudy clash

Claudy will hope Martin Donaghy is fully fit to start 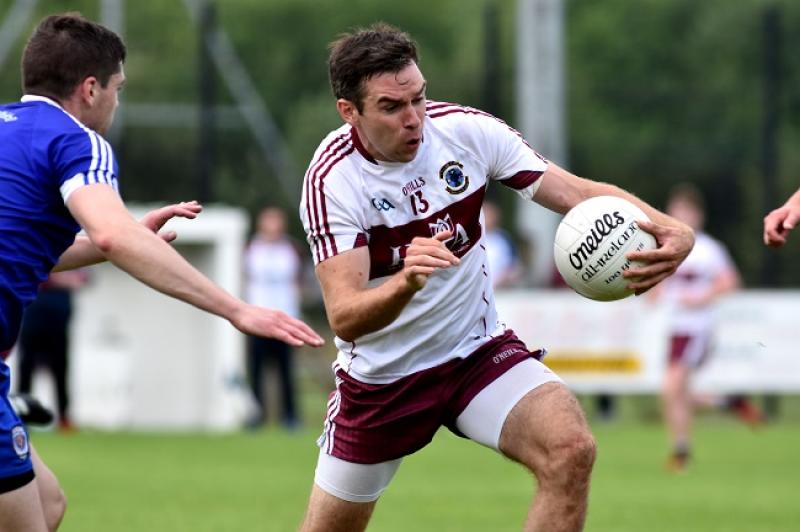 Outside of Slaughtneil and Coleraine, Ballinascreen have been the most consistent team in the championship but Liam Bradley has been hit by a double injury blow on the eve of the season restart.

'Baker', who has added former player Ciaran McElroy to his management team, feels the tight fixture schedule needs to address and that all dual clubs are at a disadvantage in terms of preparation.

Dermot McBride is back in the fold and will be an important defensive cog. In attack they have relied too much on Benny Heron and Shane Mulgrew's accuracy from frees.

Jon Paul Devlin has returned from injury and Noel Rafferty is a year older and 'Screen will need to integrate them into an attacking plan.

Bradley is a former Claudy manager and will know all about their threats.

Emmet McKeever and Peter McDermott remain in charge after securing promotion and a run to the intermediate final last season.

Central to that was Marty Donaghy and they missed his influence in the final after his broken elbow. 'Nugget' has featured this year, but was due to see a specialist on Monday to assess the progress.

It will be up to Oran Armstrong to pull the strings in attack and rediscover the red hot form he displayed in the first half of last year's final defeat against Foreglen.

They had challenge games with Portglenone and Drumsurn, before suspending activities following the Covid-19 outbreak in the area.

Peter McDermott pointed to the increase of 'eight or nine' new additions to the squad this year, with Liam Connolly, Ryan Cunning and Aaron Donaghy Junior pushing for a place in the starting team.

Two years ago 'Screen put seven goals past the Mitchell's in the league, the pattern of this game will be different but the men in maroon should open their season with a win.