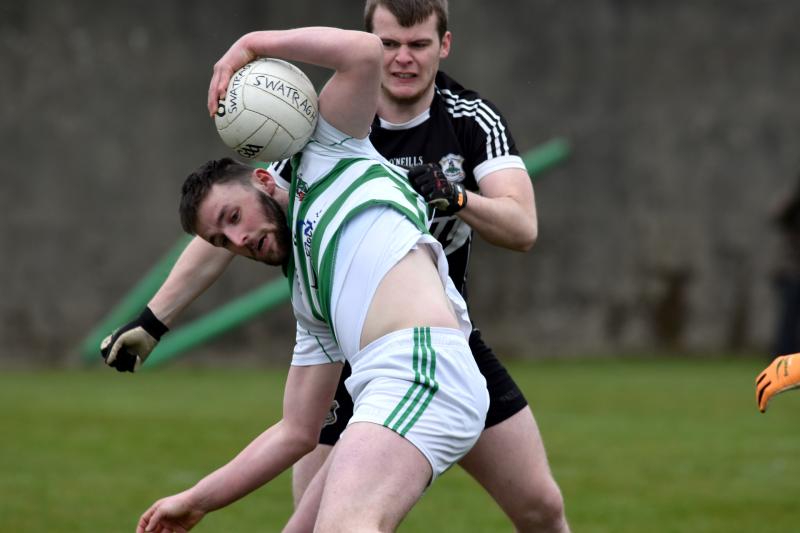 Both Dungiven and Swatragh had disappointing seasons at different ends of the scale.

A Dungiven team shipped a 20 point defeat at home to the Davitt's, for whom Francis Kearney (3-4) contributed handsomely to their tally of seven goals.

They were subsequently relegated and were on the receiving end of a hammering by Ballinderry in the championship.

The 'Swa tore Slaughtneil to shreds at Emmet Park and sat at the top half of the league for most of the season, before finishing third. After a comfortable win over Glenullin in the championship, they were unable to match Banagher's hunger and panache before exiting the championship on the back of missed chances.

Enda McGinley is back on board for another season with virtually the same panel of players at his disposal. Sean Kearney was a central figure in St Patrick's Maghera's run to the MacRory final. Along with Lorcan and Oisin McWilliams, he has the potential to add to their attacking game.

After challenge games with Errigal Ciaran and champions Magherafelt, they finalised their preparations with an in-house game at the weekend.

Dungiven did finish their season on a high by taking the U21 championship, but replaced Michael O'Kane by Stephen O'Neill. He brought in Noel Slane and former player Darrell O'Kane as coaches, with Sean Owen in charge of stats. It will make for an interesting dual along the line with his former Tyrone team-mate McGinley.

O'Neill didn't include former Derry dual player Mark Craig when making the cut to name his championship panel, citing injury as the reason. Craig came off the bench as Kevin Lynch's saw off Swatragh in Saturday's championship encounter.

Thomas Brady and Ciaran Mackle didn't feature for the hurlers at the weekend, but could come into the reckoning against the same opponents in the the 'big ball' game on Saturday.

Darragh McGilligan is the youngest member of the U21 panel to come into the senior setup and O'Neill has named John Mullan as his senior captain for the season. Another addition has been the return of goalkeeper Kevin Farren and he will push Sean McNicholl for the number one jersey.

Dungiven prepared for the championship with games against Tyrone sides Loughmacrory and Omagh. Their season would've centred around the league and gaining promotion to the top flight. In terms of this weekend, it will be about closing the gap, but Swatragh will be fancied to start with a win.