Lavey are the visitors to Na Magha for championship opener 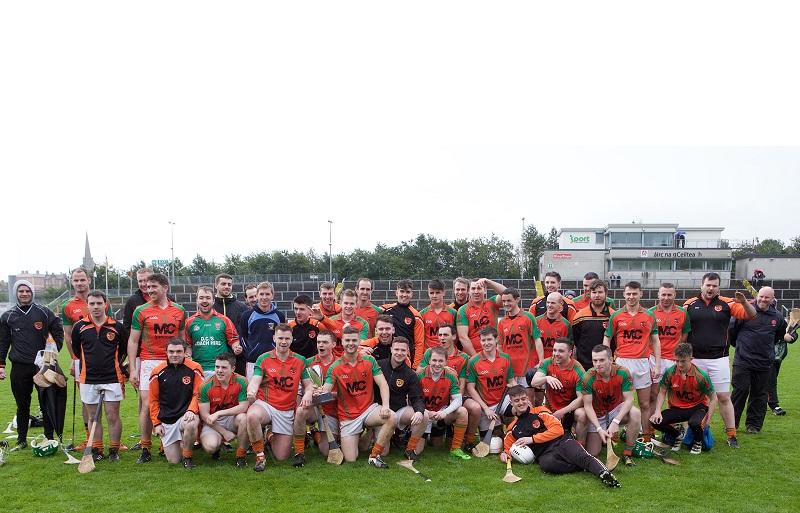 It is all about the training balance for Lavey manager Johnny McGarvey, who will essentially field a team of dual players for Sunday's championship opener with Na Magha.

He will not be able to call on Shane Lagan after the long-serving defender's retirement. Also gone is Conor McGurk who is still in Australia following the coronavirus pandemic.

One man who is back in the fold is Paddy Henry, who has played just one game since the club's 2017 intermediate championship win.

Lavey won the minor football and hurling double last season, but due to the young age profile of the team only minor football skipper Cormac Collins and Ryan McGill have graduated to the senior ranks.

He acknowledges the work going on around the club, referencing the U14 success and a useful U16 group.

“From my point of view, I wish they would come through a bit quicker,” McGarvey jokes.

While this weekend's opponents have been busy with challenge games, Lavey had just Sunday's draw with Carrickmore to help their championship preparation.

“That's all we are going to take,” the Lavey boss stressed, rolling out the names of the dual players in his plans.

“I envisage 13 of our team will be dual players. They won't all start on the football team, but they are aiming to play both,” predicts McGarvey, who leads the management team of Simon Wilson, Ben Dodds, Adie McGill and Mark Hearty.

“You are not going to know until you start playing. The boys were glad to get out, but we have a tough schedule because nearly all our players are dual players. We were going four or five times a week and we had to cut it back on them.”

On the other side of the coin, Dee Doherty is back in charge of Na Magha, eight years after helping them to an Ulster final where they went down to Bredagh.

Galway native Tomás Lally, who has transferred from London club St Gabriel's, joins him on the management team.

“We are trying to build, like other clubs and counties are doing, to try and progress,” said Doherty, who knows the hurling scene well in his role as physio with Derry senior hurlers.

“We want to rise up from being Na Magha, the junior team in Derry. It is a game we are looking forward to, with the incentive of it being your first game at home. We know it is Lavey and we know what we are up against.”

It will be a chastening experience for his young side, with many of them going straight in against senior clubs in their first year of adult hurling.

Many of his squad work in the retail sector, so balancing shifts around training has proved difficult. In a '10 or 11 day' spell Doherty has juggled challenge games with Donegal sides Burt, St Eunan's, Setanta and Buncrana.

“We have not been able to get the same team out for any of the games,” said Doherty, who was happy to be working with a group of 30 plus players.

“Of that, nine are first year minors and can't play, but we are thinking down the line to next year and the year after. I have never saw numbers like that at Na Magha in my life,” he said.

Having their own base is important, but Doherty points to the efforts of Ciaran McCarron and the coaches who have nurtured the upcoming minor squad.

“There is a good group of players there that are interested in playing. You are trying to mix them with the older boys. We want to progress into the intermediate level, that's the aim.

“For us to win anything this year, we are going to have to beat one of the senior clubs in the county. If we could win one championship game this year, it would be a result for us and that is the target we set out for ourselves.”

It will be a long-term project and continuity will be the key. Home advantage will give Na Magha a familiar surrounding, but Lavey should head back down the Glenshane pass with the points.