Another installment in Derry's club team of the decade 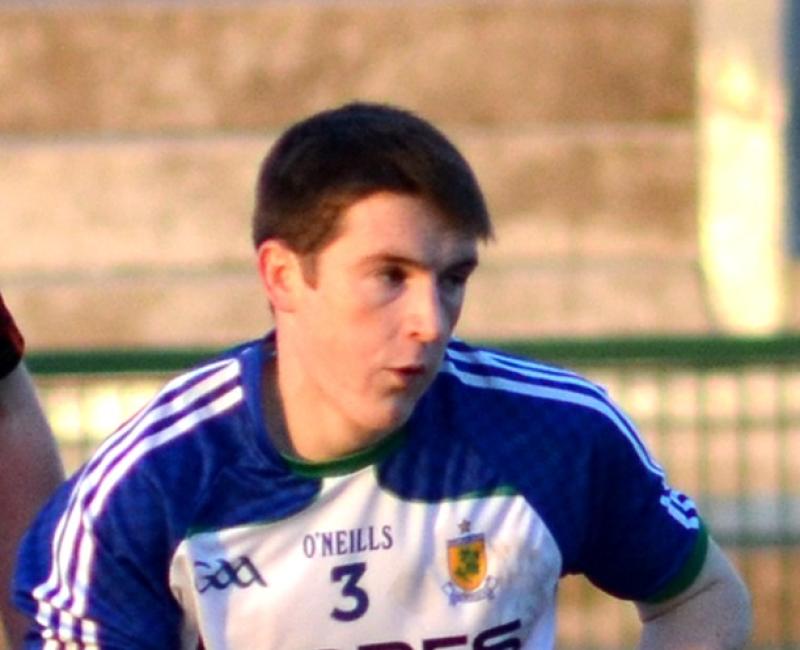 “Is the club championship really that good up there?”

It’s all they want to know about Derry south of the border and I’m always all too happy to ham it up.

To be honest though, it’s easy. Derry is, in fact, unique because there isn’t another club championship in Ireland that has hosted Enda Muldoon or Patsy Bradley.

And when I saw that I’ve compiled a club All-Star team without Conleth Gilligan or Shane McGuigan or Benny Heron or Emmett McGuckin, I thought two things. One, I hate myself. And two, Derry club football is special.

1. Eoin Mailey (Ardmore)
After 52 seasons playing senior football with Ardmore, Eoin Mailey has always stood out as a man who could cut it at any level. It would be an insult to a goalkeeper of such calibre and experience for me to list out the qualities that made him a top class number one. Just know he has them all.

2. Oisín Duffy (Foreglen)
At St. Columb’s College, Oisín was a dogged defender who’d stick to his man and guarantee you that no forward being shadowed by him would enjoy his day. In the space of a couple of years, he went from being a brilliant corner back to a dominant central player, so inspiring and so important in defence and attack.

3. Brendan Rogers (Slaughtneil)
When was the last time a full back caused the opposition such panic and headaches in the build-up to big games? Brendan Rogers has shut down the best forwards in the country but he has also been one of Slaughtneil’s most valuable players in transition. When he pumps the afterburners, it’s like he’s gliding up pitch on a moped.

4. Gareth McKinless (Ballinderry)
McKinless is nearly sadistic with the pleasure he derives from crushing the best laid plans of an enthusiastic attacker. As far back as 2013 when he was switched on to Michael Murphy in Omagh, he’s been an irreplaceable hammer in the Ballinderry arsenal, used wherever they’ve needed him to bring the pain.

5. Jimmy O’Connor (Glack)
When I was younger, I had this idea in my head that top football players without exception had to be six feet tall and weighing 13 stone. Then I got roasted by Jimmy O’Connor. And for over a decade, I’ve seen him terrorise junior and intermediate teams from wing back – and he was doing it before wing backs were supposed to.

6. Chrissy McKaigue (Slaughtneil)
Tireless, supremely intelligent and, most importantly, uncompromising. Slaughtneil took their championship tally from one to five in four years, winning three Ulster titles and winning the adoration of everyone in the nation. Chrissy McKaigue was the face of that revolution and he was the beating heart of it too.

7. Paul Cartin (Banagher)
Legend has it that, on a calm and clear day on the River Foyle, you can still hear the faint echo of the whelps that followed Paul Cartin’s shoulder tackle on Joe Diver in the quarter-final in Celtic Park in 2012. Banagher’s daring dreams might’ve been futile in the end, but stories will be told about Paul Cartin long after we forget who won and lost.

8. Patsy Bradley (Slaughtneil)
Remember Mary K Burke’s photo of Patsy Bradley flying horizontally above Ballinderry heads through the air to get a finger nail on the ball? Take that action, multiply it by 60 minutes and multiply that by 10 years and you’re not even close to Patsy Bradley yet. Heart, hands, hardcore athleticism. The best ball-winner, in the air and in defence.

9. Enda Muldoon (Ballinderry)
For all the big moments, Enda Muldoon was orchestrating them. It was his back-spinned pass to Raymie Wilkinson that finally undid Banagher in 2012. It was his telepathic diagonal ball for Collie Devlin that broke Slaughtneil. It was Muldoon in the sky, it was Muldoon taking hits to free others, it was even Muldoon at 6 controlling the play. It was always Muldoon.

11. Chrissy Bradley (Slaughtneil)
They’re still researching how a man with so many target dots on his head can still find so much space and freedom. You don’t win four championships in succession without top class forwards and, as a scorer and as a playmaker, 'Sammy' Bradley has been one of the best throughout Slaughtneil’s rise.

12. Sean Leo McGoldrick (Coleraine)
Sean Leo McGoldrick is just better than you or I at football. It’s just easy for him. Imagine how you see the game, on and off the ball, Sean Leo sees that same game in at least 30 per cent slower motion. He’s been unfalteringly exceptional for Eoghan Rua – as he was for Derry.

13. Lee Moore (Craigbane)
Lee Moore is one tough football player. He’s not a Fancy Dan corner forward who needs sunshine and hard ground to excel. He can win dirty ball (see bog conditions v Ballymaguigan in 2011), he can hold his own and no matter the day he’ll still be one of the most lethally accurate kickers of a ball you’ll see.

14. Colm McGoldrick (Coleraine)
I think I’ve played against Colm McGoldrick four times and, no exaggeration, I have never laid a hand on him. I’ve tried to tackle him, loads of times, but failed at every chance to even touch him. It’s freakish how powerful he is yet so evasive at the same time. The football he’s played for Eoghan Rua was at a standard that would’ve ripped inter-county defenders apart.

15. Eoin Bradley (Glenullin)
Throughout the first half of the decade, Eoin Bradley was showing in so many different games that he was one of the finest footballers in the land. Glenullin might not have enjoyed much success in that time but Bradley was unmarkable – at 14, 11 or 8. It was carnage what he was doing to teams and almost poetic that he was fighting losing battles despite taking scalps all around him.