Senior finalists make up 12 of the team 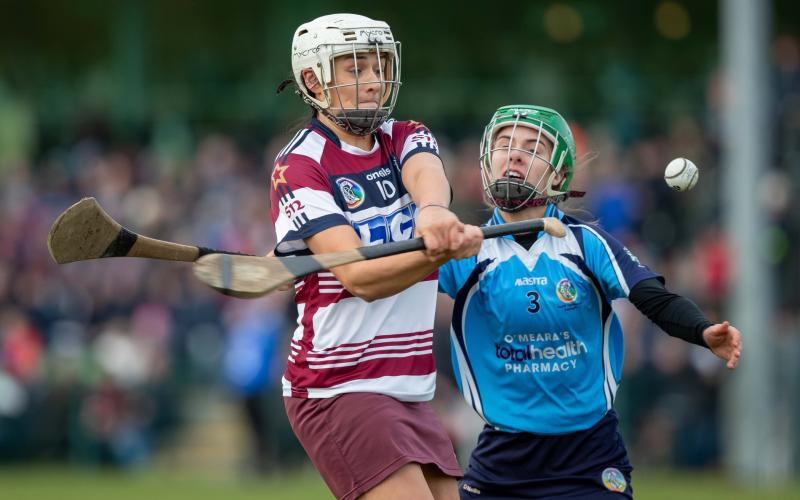 Siobhan Bradley was one of six Slaughtneil players in the selection. (Pic: Inpho)

Slaughtneil had six players listed on the club camogie team of the season, selected in conjunction with competition sponsors AIB.

The Emmet's fell short in their bid to clinch a fourth successive All-Ireland title, after being pipped by Sarsfields in the dying moments of the final.  Both teams make up 12 of the overall team.

The current Covid-19 emergency prevents the holding of a ceremony to celebrate the announcement of the 2019/2020 AIB All-Ireland Senior Club Player Team and Player of the Year.

All 15 players whose performances, skills and talent lit up the championship will be awarded with hand crafted trophies created by renowned sculptor Jarlath Daly.

WATCH - A look back at Ballinderry's 2002 All-Ireland homecoming.  Click here...

Four players, one from each province, were named as Provincial Players of the Year, are now in the running for the prestigious club  camogiePlayer of the Year Award with the winner to be on Friday, April 3.

The four Provincial Players of the Year were chosen from the overall Team of the Year, which consist of the below list of 15 well-deserving players.

The six Slaughtneil players join Chrissy McKaigue and Brendan Rogers, who were named on the hurling team after running champions Ballyhale Shamrocks close in the All-Ireland semi-final.