Draw enough to book rematch with Down 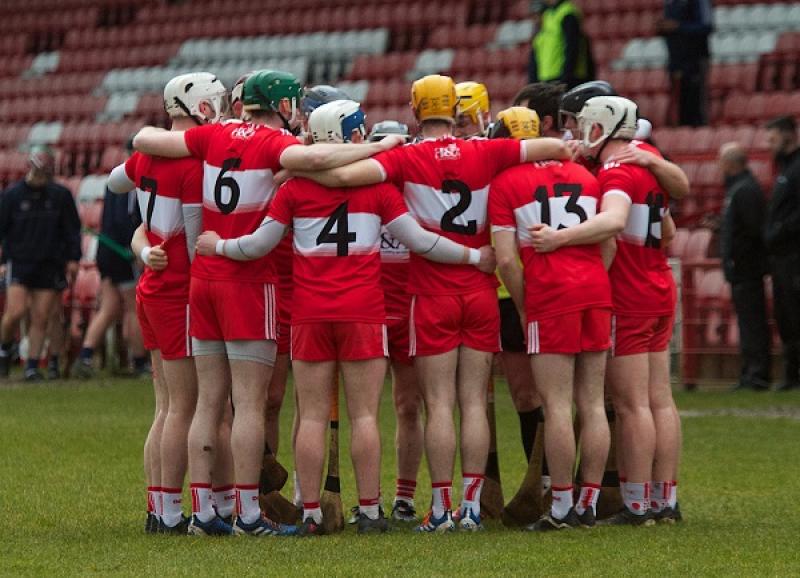 Derry will face Down in next week’s Division 2B hurling final after snatching a draw against Kildare in a thriller, thanks to an injury time point from Conor Kelly.

“Conor Kelly’s was a savage score and I’m not surprised because he’s a fine player. We’re delighted with him and with the whole team," said John McEvoy after the game.

Despite winning all of their four other league games, Derry went into the match knowing they had to avoid defeat if they wanted to reach the showpiece, given their inferior points difference to both Kildare and Down.

The first half was a tale of two marksmen as Jack Sheridan and Cormac O’Doherty dominated the scoring charts. Despite playing into the wind it was Kildare who were largely in control until the 24th minute when Ross Kelly was dismissed for an off-the-ball hit on Meehaul McGrath.

In the second half, Sean Cassidy won his battle with Sheridan – with the added protection of sweeper McGrath – to quell the threat, but each time the Oakleafers looked to pull away, their resilient opponents came back.

In fact, Sheridan thought he had booked the visitors’ place in the final with a late free, but with just seconds remaining Conor Kelly was the coolest and bravest man in Celtic Park to score the biggest point of Derry’s season so far.