RATINGS: How the Slaughtneil players performed in Sunday's blockbuster with Ballyhale Shamrocks

Slaughtneil's impressive showing wasn't enough to down the champions 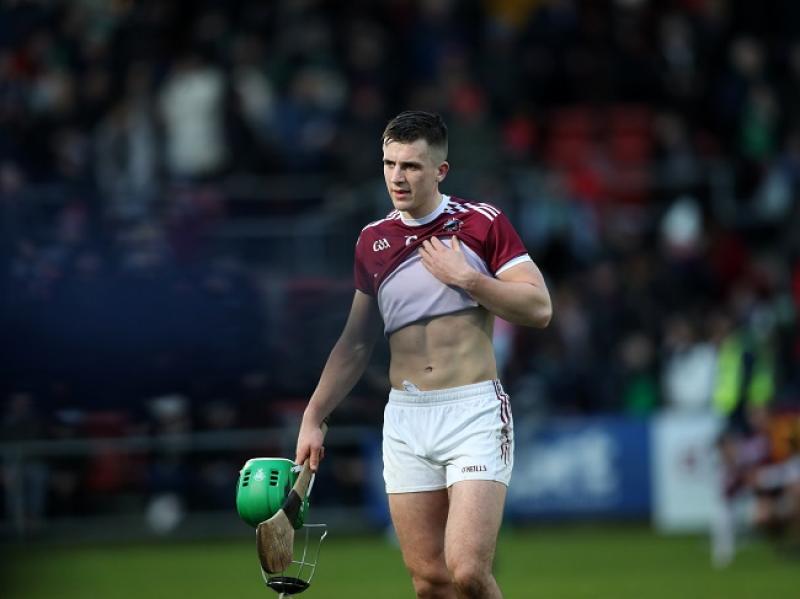 Slaughtneil's hopes of a first All-Ireland hurling were dashed by champions Ballyhale Shamrocks on Sunday in Páirc Esler.

Here is how the Slaughtneil players performed.

Oisin O'Doherty – Could do little about either of Colin Fennelly's goals or the two that he missed. His handling was assured. Two of his puck-outs to Rogers on the wing ended in important Slaughtneil scores.

Cormac McKenna – Picked up Eoin Reid and held him to a point. Got caught in possession when trying to clear his lines late on. It was his instinctive pass that placed Seán Ó Caiside for a point.

Sean Cassidy – Had a testing hour on Colin Fennelly. Got drawn to TJ Reid on the first goal but did well to stop him on the run for a second goal in the first-half but couldn't stop his incessant drives forward.

Seán Ó Caiside – Conceded two points to Eoin Cody in the first-half and cleared a ball for Ronan Corcoran for a point before being switched onto Brian Cody at the break. Lofted over a terrific score from range, cleared plenty of ball and unlucky to be replaced.

Meehaul McGrath – Lost his man Brian Cody for a point and lost possession for another before being assigned to Adrian Mullen who he held scoreless in the second-half. Put himself about under the breaking ball and his point started their comeback from five down.

Shane McGuigan – Given the task of curbing TJ Reid. Held him to a point from play but Reid was central to the move for Fennelly's first goal. Overall a strong performance at the heart of Slaughtneil's defence.

Karl McKaigue – Began on Eoin Cody from the throw-in but sent straight onto Adrian Mullen who he limited to two touches of the ball in the first-half. Switched inside to the dangerous Eoin Cody at the interval who he also held scoreless.

Gerald Bradley – Put in a terrific shift. Played the sweeper role when Ballyhale were in possession but pushed up on Ronan Corcoran for puck-outs. Swept up a mountain of ball but a short clearance led to a score for Patrick Mullen in the second-half.

Chrissy McKaigue – Buzzed forward to land the game's opening score and added a neat second in the first-half. His man, Conor Walsh, was replaced at half-time. Once again showed his class It was an energetic hour overall from the skipper who led the comeback.

Brian Cassidy – Went through a mountain of work in the first-half between midfield and wing-forward, putting the highly rated Richie Reid on the defensive who failed to get on the scoreboard. His sideline cut let to Slaughtneil's first goal. Won every ball played to him and chipped in with three points.

Cormac O'Doherty – Was picked up initially by Michael Fennelly and later Darragh Corcoran. Missed a long range free and crucial one but fired over some breath-taking efforts and worked tirelessly throughout. His turnover setup a point for Brendan Rogers, his vision made one for Sé McGuigan and a pass put Cassidy in on goal.

Mark McGuigan – Conceded 0-3 to his direct wing-back Evan Shefflin but had the unselfish shift of having to double up on Ronan Corcoran when Gerald Bradley was dropping back and Brian Cassidy was on the front foot. Went through a lot of unseen work and passed to Cassidy for Slaughtneil's last score.

Brendan Rogers – He started off inside but it wasn't too long before Michael Fennelly was moved onto him. He pulled wide for puck-outs. One led to him burning Richie Reid and Adrian Mullen for a point. Another led to his cracking goal. He was brilliant.

Sé McGuigan – Passed to Chrissy McKaigue for the opening scores, got a flick to Brian Cassidy's sideline to setup Jerome McGuigan's goal. Had a great battle with Darren Mullen. Got on the scoreboard in the second-half and was fouled for a free during Slaughtneil's comeback.

Jerome McGuigan – Got free from Kilkenny defender Joey Holden to unceremoniously hammer home a sixth minute goal to ignite Slaughtneil's challenge. Won a free during Slaughtneil's purple patch. Shot a wide in the second-half and didn't get close to hurt Ballyhale's defence.

Conor McAllister – Came into Slaughtneil's defence for the last 12 minutes as a replacement for Seán Ó Caiside.