Defeat for Gallagher on debut

It was a losing start for Derry under new manager Rory Gallagher following Sunday's defeat to Monaghan in perfect conditions in Inniskeen. 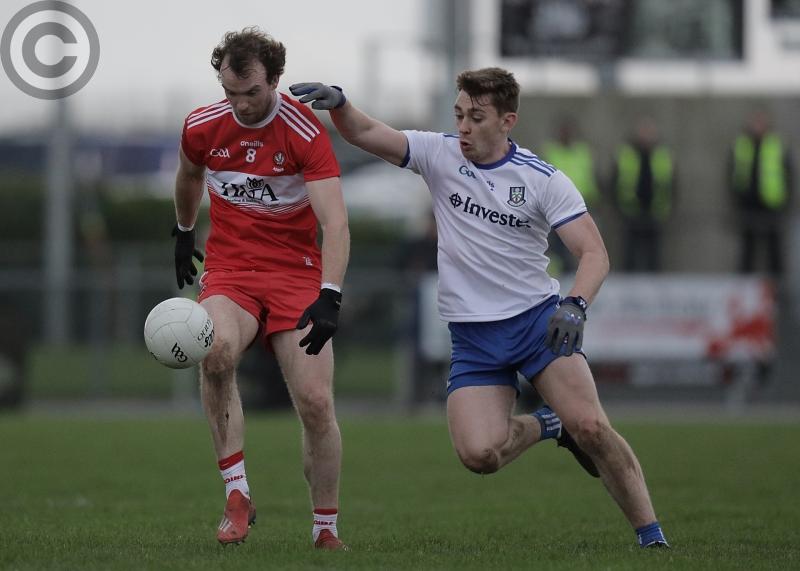 It was a losing start for Derry under new manager Rory Gallagher following Sunday's defeat to Monaghan in perfect conditions in Inniskeen.
An Aaron Mulligan goal had the Farney side 1-3 to 0-0 ahead after nine minutes as they dominated the midfield exchanges. The Latton man ended up with 1-4 to his name and had a terrific battle with Ciaran McFaul.

Derry stormed back into the game and a Christopher Bradley point in the 45th minute had Gallagher's side 0-11 to 1-5.
Monaghan's impact from the bench was the telling factor. It gave them an impetus to get on top of Derry's kick-outs, with Kieran Hughes and Jack McCarron both swinging over two points in the final quarter.
Emmett Bradley opened Derry's account but with Ciaran McFaul and Ryan Bell linking well, Derry went in at the break ahead with a 35 metre free from the Ballinderry man in stoppage time.

Monaghan were against the breeze, but it didn't prevent goalkeeper Rory Beggan from retaining all 14 of his first-half kick-outs.
A high ball from Philip Donnelly was plucked by Conor McCarthy to clip the opening score in the first minute. When the Scotstown man had a shot blocked for a '45' his club-mate Rory Beggan banged the kick over the bar with much to spare.
A four man inter-passing move involving effective target-man Gary Mohan allowed Micheál Bannigan to open up a three point gap. 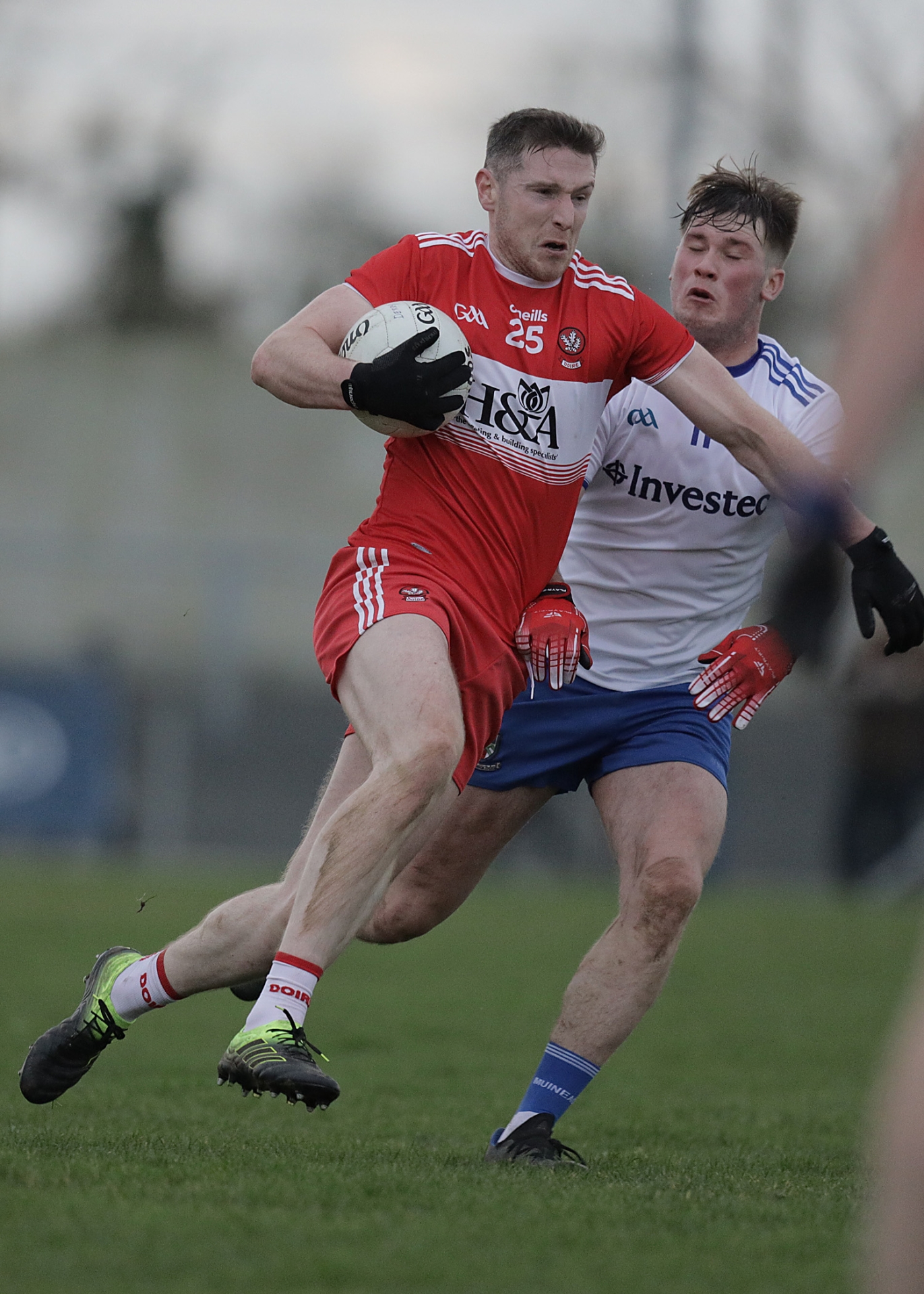 Derry were struggling to get any fluency into their early play and Monaghan bagged a goal after nine minutes. A break from defence was turned over by Monaghan and when Aaron Mulligan took a pass from Mohan, he gave Mallon no chance.
Get to grips

The Oakleafers began to get to grips with their kick-outs and with Danny Tallon coming deep, he set up a point got Ryan Bell who gave experienced defender Colin Walshe a torrid time.
With the attacking march now in vogue, Bell demonstrated the advantage of big man on the edge of the square.
McFaul began to take the game to Monaghan and flicked over a point from a testing angle, adding to efforts from Bradley and Bell from a 'Sammy' Bradley long ball.

Shea Downey played Ben McCarron in for an early second-half point and the Lavey man placed half-time substitute Jack Doherty for a score and Derry were three points ahead.
Downey was getting forward well in the Derry cause and Paudie McGrogan cut out two vital balls intended for Kieran Hughes.
Mulligan added a second free and when he passed to Dessie Ward, the latter levelled the game (1-9 to 0-12) after 55 minutes. It was Jack McCarron that edged Monaghan ahead three minutes later and they didn't look back.
In stoppage time, Ciaran McFaul and Dermot Malone were both sent to the sin bin but it had no consequence on the game with Monaghan home and dray.

Derry's next game is at home to Donegal in Celtic Park (8.00) on Wednesday, January 8. Donegal and Monaghan are in action on Sunday.
The winners of Derry's group will play the best runner-up in the semi-finals on Sunday January 12.