Next game always the toughest for Coleraine hurling boss

McNicholl keeps his side grounded ahead of All-Ireland quarter-final 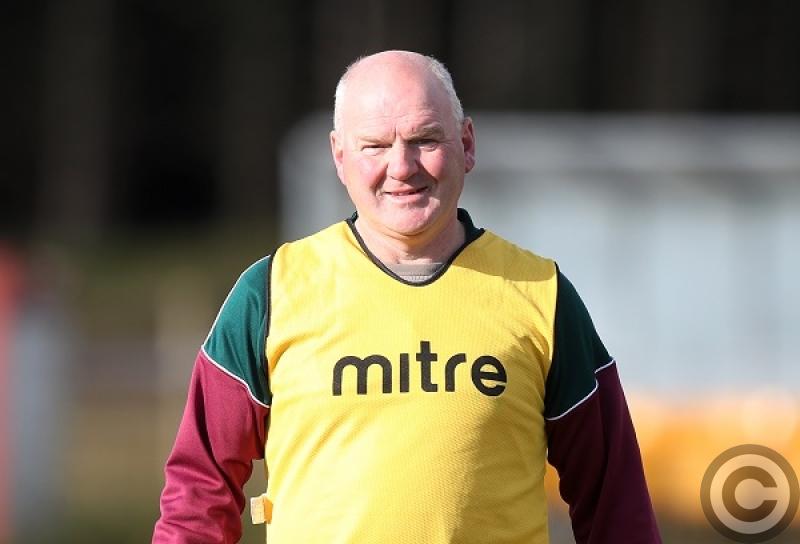 Manager Brendan McNicholl insists his side have never looked beyond the next game as they aim to exorcise the ghosts of their 2016 All-Ireland Final defeat and paid tribute to Newry Shamrocks who proved their toughest task to date.

“It’s hard luck to Newry Shamrocks, they gave us a good hard, tough game. They came through the tougher section of the draw and were better prepared than we were from our games.”

Though the Derry champions had six different scorers, McNicholl rightfully praised the outstanding Sean Leo McGoldrick.
“Sean Leo is something else. He’s not just scoring points from right in front of goal, he’s scoring from all angles and from both sides.”

Dara Mooney sealed the victory with his late goal and while his manager was pleased to see the ball hit the net, he insists that points remain the priority.

“Goals win games, but we had talked about it– if we need a goal, we’ve a plan. We haven’t had to put that plan in action but we’ll take it when it comes.”

There is a sense of unfinished business in the Eoghan Rua camp McNicholl will keep his squad grounded.

“We felt we left a final behind in Dublin. It’s in the back of our mind, although we’ll never take a game for granted. We’ll treat the English champions with the same respect and hopefully we come out on the right side.”