St Colm's Draperstown stand on the other side of the draw 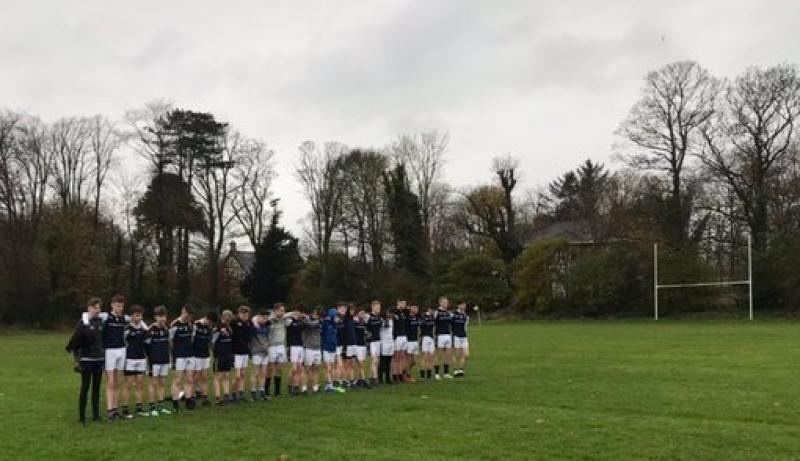 The St Columb's Arthurs Cup team standing together during a minute silence in memory of Oran Boyd.

A free-scoring display from St Columb's Derry saw them qualify for the semi-finals of the Arthurs Cup (Ulster U16.5 C football) after Tuesday's victory over Ballyshannon.

St Columb's players stood arm in arm before yesterday in memory of Slaughtmanus teenager and U6 student Oran Boyd during a minute silence before the game.  The teenager passed away last week after a long battle with illness and is due to be buried on Friday.

They now face St Ciaran's Ballygawley in the semi-final.  On the other side of the draw, there is a Derry versus Tyrone theme with St Colm's Draperstown due to play their rivals Dean Maguirc Carrickmore for a place in the decider.