OPINION: How the Dunloy players got on against Slaughtneil 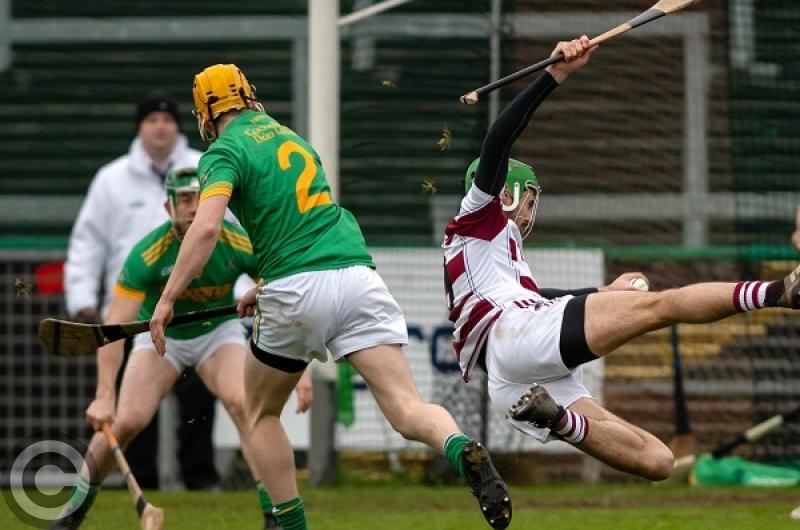 How the Dunloy players faired against Slaughtneil in Sunday's Ulster hurling fina.

R Elliott – Denied Brendan Rogers with a sixth minute full-length save and blocked from Brian Cassidy late on.  One of his puck-outs went over the line leading to a Jerome McGuigan point.

P Duffin – Picked up Sé McGuigan and struggled with his physicality.  Held him to a point but failed to curb his influence on the game.

C McKinley – Matched up against Jerome McGuigan in the full-back line.  Played centrally to protect the middle but conceded possession to the Slaughtneil skyscraper and was taken for two points.

K McKeague – Wore number seven but was assigned to Brian Cassidy, who pulled him out of position.  Lost the Emmet’s attacker for a late goal chance and ended up flinging his hurl in frustration.

E Smyth – Had a decent battle with Mark McGuigan but wasn’t able to get forward enough.  Guilty of a wide and as the game developed, he lost the battle.

C Kinsella – Listed at corner back but played at centre-back on Cormac O’Doherty.  Held him scoreless from play and reasonably quiet until O’Doherty won the late penalty.

Kevin Molloy – Dropped back to wing back on Brendan Rogers but was given a tough hour as he lost the aerial battle.

P Shiels – The man Dunloy look to for answers but spent much of the game trying to get into it.  Up against Chrissy McKaigue, he failed to stamp the authority needed to spearhead a serious Dunloy challenge.

R McGarry – Started at midfield on Gerald Bradley.  Was out-caught and when he allowed Bradley to sit back, barring an assist for a Cunning point, he failed to impose himself on Dunloy’s offensive game

N Elliott – Looked dangerous at times but met his match in Meehaul McGrath.  Took a catch from Ryan Elliott’s puck-out that led to a half goal-chance but lost control.  Sent off on two bookings early in the second-half.

N McKeague – Had a few possessions but failed to get free of Seán Ó Caiside.  Had two good scoring chances but was blocked down.  Replaced late in the game.

R Molloy – A late inclusion for Chrissy Brogan.  Came up against Cormac McKenna and saw plenty of the ball.  Fired over a point but should’ve done better with his goal chance that O’Doherty saved in the 17th minute when the sides were level.

E O’Neill – Took a Nigel Elliott pass for the game’s opening score.  Looked lively but never liked like troubling Sean Cassidy from a scoring point of view.  Replaced on the three quarter mark.

C Cunning – Was paid the compliment of being assigned to Karl McKaigue.  Missed two chances from play early in the second-half.  Scored a point from play midway through the first-half and accurate from frees.

Keelan Molloy – Like in the Ballycran game, he played off the front two.  Came into the game with a big reputation and 1-13 from play to his game but failed to escape from Shane McGuigan and was held scoreless.

G McTaggart – Came on for the final quarter but failed to have an impact.

S Elliott – The man Slaughtneil didn’t want to see came on too late to cause any real panic.  Had one chance and popped it over the bar.

C Brogan – Dropped from the starting line-up and came on in the final minutes.