Slaughtneil power their way to a third Ulster hurling title

Nine different scorers for the Emmet's 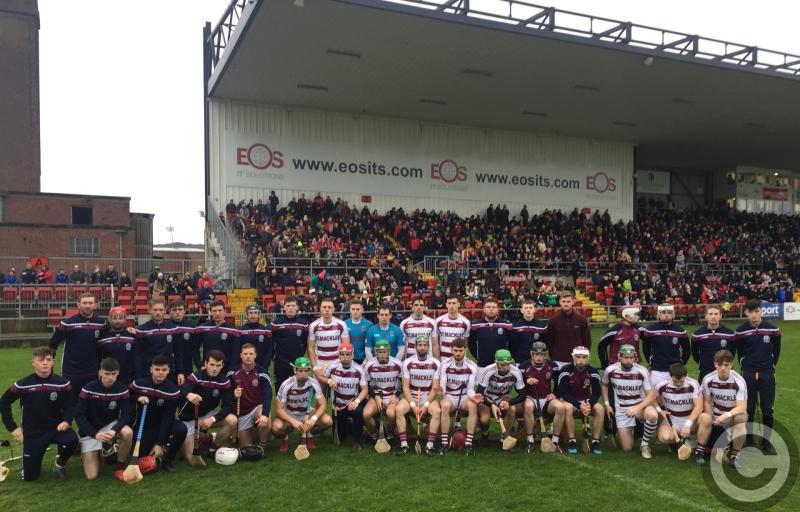 Slaughtneil powered their way to a third Ulster hurling title after victory over Dunloy at Páirc Esler on Sunday.

It capped off a double, with their camogs defeating Loughgiel in the curtain-raiser in front of an attendance of 4,984.

Ryan Elliott made a brilliant sixth minute intervention when he denied Brendan Rogers with a full-length save.

It was point for point but after 17 minutes Slaughtneil goalkeeper Oisin O'Doherty turned a Ronan Molloy shot onto the post and seconds later Rogers levelled the game at 0-3 each.

Conal Cunning and Ronan Molloy pegged back scores to set-up a grandstand second-half.

Keelan Molloy came into the game with 1-13 from play but was held scoreless by Shane McGuigan, while Slaughtneil had nine different scorers.

Nigel Elliott was sent off on a second-booking and it allowed Gerard Bradley to control the game in his sweeper role.

A Cormac O'Doherty penalty put Michael McShane's men 1-11 to 0-8 ahead after 49 minutes.

Dunloy staged a comeback but there was no stopping the Emmet's who play the Leinster champions in the All-Ireland series.