There’s something about Mary - A tribute to Dungiven's Mary Cooke 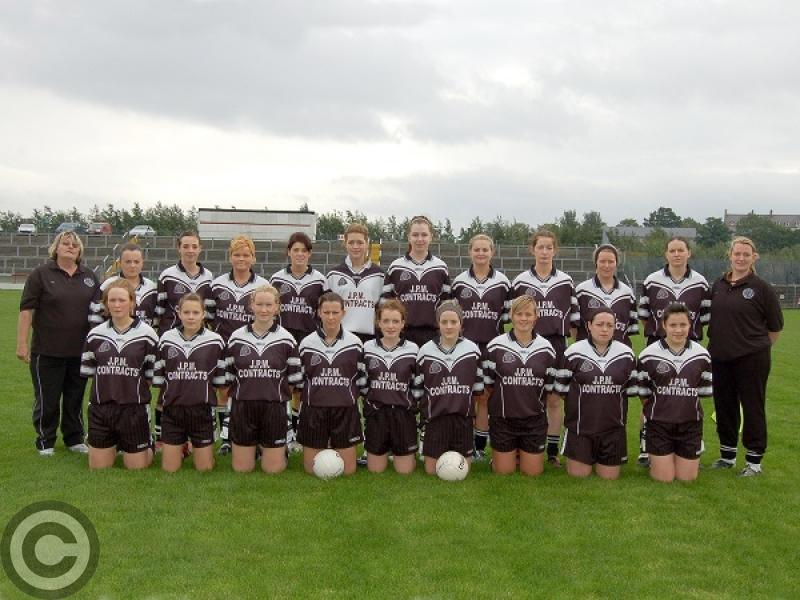 Mary Cooke and her daughter Tara pictured as the managment team with the championship winning team of 2007 at Celtic Park. (Pic: Mary K Burke)

“When we give cheerfully and accept gratefully, everyone is blessed.” Maya Angelou

Renowned American poet, singer, memoirist, and civil rights activist Maya Angelou was once described as a “renaissance woman”.  Peerless in her own time, Oprah Winfrey, who described Angelou as a mentor said of her;

“Maya Angelou is not what she has done or written or spoken, it’s how she did it all. She moved through the world with unshakeable calm, confidence, and a fiery, fierce grace and abounding love.”

When Dungiven woman Mary Cooke celebrated her 70th birthday last weekend, strangers who would have seen her in a restaurant with her family would never have guessed the depth of knowledge and character that belies the quiet exterior.

She too has moved through this world with ‘unshakeable calm, confidence and a fiery, fierce grace and abounding love’.

A mother figure to all, and known widely as ‘Ma Cooke’, or now ‘Nana Cooke’ to a new generation, Mary has been caring for, and mentoring young people in her community for many years.

Perhaps best known for her unstinting service to Ladies Gaelic Football in Derry and Ulster, Mary has helped progress and oversee the development of girl’s sport in her community for decades.

Mary’s love of Gaelic games runs through her core like lettering in a stick of rock.

A stalwart of the local Ladies Football Club, St Canice’s, her house is full of newspapers, not to be thrown out until they’ve been double checked for photos of grandchildren playing Gaelic football, soccer, hurling or camogie.

In the early years of St Canice’s Mary’s role was to wash the jerseys, a role she still retains.  Indeed, The Irish News ran a competition a few years ago and Mary’s award winning photo of the club jerseys blowing in the wind at the top of Benbradagh won her a superb prize, which is was very proud of.

Mary has held roles as club secretary and registrar for years, and only stepped down from her role as Child Protection Officer in the Derry Ladies County Board a couple of years ago.  However, she continues to represent her club at County Board meetings, and remains the ‘go-to’ woman for help with appeals and grant application forms across the county.

The Children’s Heartbeat Trust holds a special place for Mary, because of all the support given to her grandson Ryan who was born with congenital heart disease, and who went on to have a heart transplant.  If you look closely at the club jersey, you will see the ‘opt for life’ logo in support of organ donation.

Mary is the driving force behind the organisation of the club’s annual trip to Croke Park for All-Ireland Ladies Finals day every September, providing local children with the opportunity to experience this wonderful day out, and always hoping that the children will be inspired by their experience to go on and play for their club and county and represent their parish at the highest level one day.

In Mary’s 70th year, 2019 was the most memorable year for the club as St Canice’s Ladies qualified for their first ever All-Ireland Féile. Mary took on the arduous role of Féile officer, liaising with the club’s wonderful hosts at St Dominic’s, Roscommon, to ensure all the girls and coaches were sorted for the weekend away.

The daughter of Bobby and Eileen O’Neill, Mary grew up in Claudy.  She was one of the last ever boarders at Thornhill, and among her many childhood friends included the mischievous Agnes McGonigle (now Hendry, living in Lavey) and Paula Tracey (now Hegarty, living in New York).

In the late 1960s Mary was a young civil servant, living the high life in London, but she came home to get married and have a family.  Four children were born in quick succession, Donna, Tara, Tricia and Robin, all grown up now, with families of their own, and all heavily involved in local sport themselves.

Civil Rights and social justice have always been key to Mary.  As a young pregnant woman during the turbulent days of the early 1970’s Mary was stopped from going to a Civil Rights march in Derry along with her sister in law, Goretti, who was also pregnant.  Her brothers hid their shoes to prevent them going!

In the early 1970s with no playschool provision for local youngsters, Mary and other like-minded Dungiven mums set up their own.  She has long supported the call for local Irish Medium education provision, and has been embedded behind the scenes in the establishment of Glór Dun Geimhin, enjoying the privilege of attending Irish Language lessons in the local GAA club.

Sport is never far from Mary’s mind, an avid supporter of handball, camogie, hurling, soccer and football she just loves to see her community doing well.  Always the first woman to design a fancy-dress costume for the parochial sports day, or hop onto the float for the parade, she always would encourage her children to take part – Mary was the driving force in her children’s, and subsequently grand-children’s love of sport.

Along with her great friend Pat Farren (RIP) they toured every county in Ireland following the Derry footballers and hurlers.  Mary was often to be found sewing flags or bunting, or making hats or hair bands, flask filled, sandwiches made, and off would set Mary and Pat to support the All-Ireland winning team of 1993 across Ireland, and beyond.

Distance was no barrier for Mary’s dedication to the Oakleaf cause, she once packed the kids onto a supporters’ bus on a bitter cold January day in 1994 and off they set for Glasgow to watch her beloved Derry boys play against Donegal at the opening of Pearse Park.  A bit of bad weather or a rough sea was no deterrent for Mary Cooke and clan.

Mary just loves life.  She loves company, and she loves spending time with people of all ages.  She possesses that ability to relate to people from all walks of life with a natural ease, that makes her the anchor to which many people tie their ship.

Her calendar may have seen 70 summers but Mary continues to inspire and motivate those around her.  Quite possibly Christy Moore’s single biggest fan in Ireland, Mary has enjoyed many live performances around the world watching the Kildare man.

Famously Christy once performed in Derry’s Millennium Forum over two nights, and on the first night commented on social media how the venue organisers needed to look at the air conditioning setting as he was freezing on stage.

Mary’s humour kicked in immediately, and before taking her seat in the auditorium the next night, she sweetly left a Kevin Lynch Hurling Club beanie hat with a note for Moore backstage.  To everyone’s delight Christy Moore arrived onstage on the Saturday night wearing the very beanie hat given to him by Mary.

Ten years ago for her 60th birthday the family took her to a raucous performance in the Barrowland Ballroom in Glasgow, and just last year during his performance in the famous Dublin venue, Vicar Street, the Kildare singer arrived onstage and welcomed warmly the three generations of Dungiven women to the show, as Mary sat proudly with her daughter and grand-daughter in the audience.

St Canice’s Ladies GFC is blessed to have such a stalwart working on its behalf, but Mary has no intention of slowing down, far from it.

Her next project is securing playing facilities for ladies’ teams in her community and knowing Mary’s track record – she will achieve it with some extra left over.