We’d have liked to obviously have been a bit further ahead: McGonigle 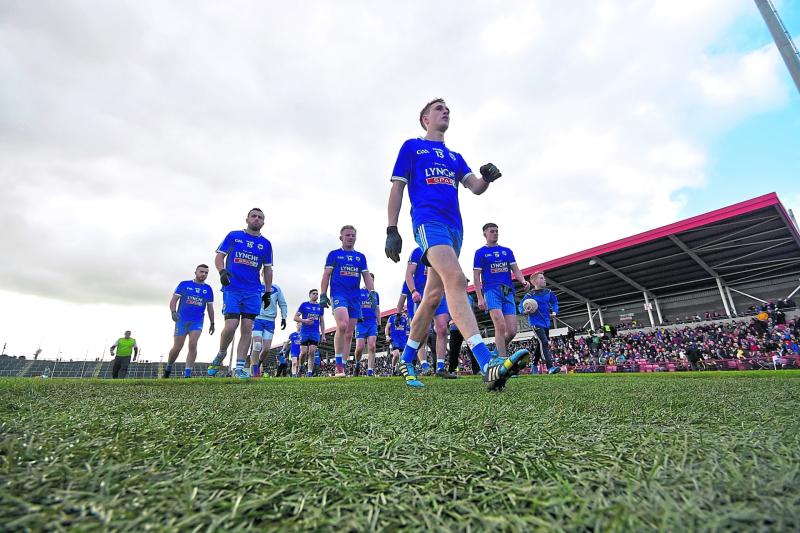 Devastated Claudy selector Niall McGonigle admitted that Foreglen were always going to be a tough nut to crack once they got their noses in front during the second-half of Sunday’s final.
“We were leading by a point at the break and we just about thought we had enough done,” he said. “We’d have liked to obviously have been a bit further ahead but we didn’t feel the wind was to play a huge part in it.
“A point up, we thought we’d increase our lead at the start of the second-half. Foreglen got the first score and once they get a lead, they are hard to peg back.
“We will go away and scratch our heads and wonder how it got away from us but it is what it is. At the end of the day, Foreglen is a good side and congratulations to them.”
When Oran Armstrong’s free escaped the clutches of Mark McCormick to give Claudy a 40th minute lead, 0-9 to 0-8 it proved to be their last score of the game.
“We just couldn’t get it over the bar,” McGonigle expressed of how they slipped out of the game and pointed to the injury sustained by captain Marty Donaghy.
“If it hadn’t have been Marty Donaghy, he would probably have been taken off. We kept him on thinking, he might get a sniff of a goal but it didn’t really click today for us. We didn’t get them ball in well enough and the full-forward line just wasn’t able to get the scores we needed. You need the wee breaks, we didn’t get them today and that’s the way it goes.”
McGonigle also gave credit to how Foreglen managed the game.“They suck the life out of you and once they get a lead, they are hard to get the ball off. They keep it tight and are good at killing out games. We knew that if they got a lead, they’d be hard to claw back.”
After winning the league, they will begin 2020 in the top flight.
“We will go away and lick our wounds but we’ll be back for senior football and we’ll give it a rattle. At the end of the day, this team is pretty young. Take Marty out of that, there is a really good core of young players there and that’s what we’ll be building on. Hopefully in the first division, we will be able to give a good account of ourselves.”
Speaking to the County Derry Post earlier in the season, former Derry forward Donaghy hinted that this season would be his last in the blue and white.“I can’t see him playing again,” McGonigle feels.
“It is hard for him. He has a lot of knocks and he has been hobbling about for half the season. “I’d say that’s Marty (retired) now but hopefully not, we could be doing with him for a few more years yet.We’ll see. Maybe a couple of months away from it is the best thing for him and see how he feels in January or February.”