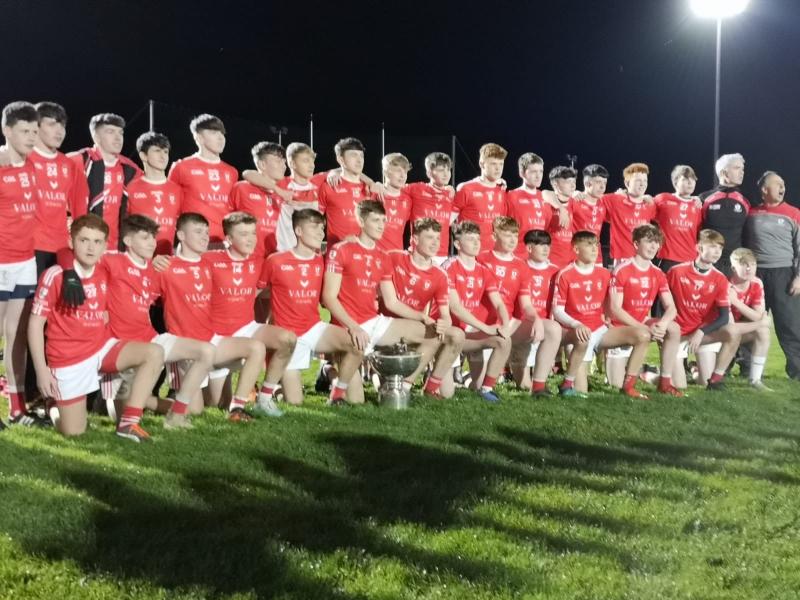 These sides are no strangers to each other and it is a game that features two of the outstanding underage teams in the country over the past few years having clashed with each other in the last two All Ireland Féile finals, Burren winning the 2017 Feile and Magherafelt gaining revenge in the final of the 2018 Féile.

Both teams are no strangers to the Paul McGirr tournament either with Burren’s latest visit being last year where they were defeated narrowly in the semi final by Lavey, they have fonder memories of the tournament however from 2014 when they won it with a team from which many of the players have already progressed onto their senior team which won last year’s Down title.

This season Burren’s success has continued having blitzed their way through the Down league and championship culminating in a 1-16 to 0-06 victory over Bredagh in the championship final.

With 12 of their starting team from last year’s Paul McGirr campaign there is no doubt that Burren are the team to beat this year. James Kelly, Patrick McCarthy and Ryan Magill backbone a talented defence, Odhran Murdock and Conlin Bradley will be looking to dominate proceedings in midfield while up front James Duggan, Zach Murdock and Eoin Loughran are all noted score getters.

However their talisman Niall Toner is the man the Derry champions will really have to look out for, his displays in the tournament last year were breathtaking to say the least and there is no doubt he will have a major bearing on the contest.

Lead coach Neil Coulter feels his preparations have been hindered somewhat but is looking forward to the occasion ‘Burren are delighted to be once again representing Down in this year’s Paul McGirr Ulster Tournament, preparations have been tough going as 12 of our players were involved with the minor’s in last Sunday’s championship final replay so getting them together this past few weeks hasn’t been easy, however we are really looking forward to Saturday’s game against Magherafelt, it is a repeat of the Féile finals and will be a really tough battle.’

Magherafelt are a club that’s riding on a crest of a wave at the minute with this week being one of the most memorable in the south Derry club’s history, adding the Derry U16 title to their historic senior victory last weekend. Wednesday evenings 4-05 to 1-11 victory over a fancied Lavey in wet and windy conditions was met with great euphoria and Enda Qunn’s men will be looking to take that momentum into Saturday’s fixture.

They won’t have had much time to recover but they are a side laced with quality, Luke McCann and Eoin McEvoy the fulcrum of a solid defence with McCann likely being given the unenviable task of keeping tabs on Toner. Cormac Bateson and Dan Higgins form a very solid midfield partnership and up front they have their own talisman in Daragh Wade who was part of last season’s Derry minor panel.

This game has the potential to be one of the best in the long history of the Paul McGirr tournament and no doubt both clubs will bring a huge support with them for the fixture. It is an intriguing match up with both sides being used to success and being very familiar with each other.

Magherafelt will definitely not be ring rusty but may feel the effects of their draining battle with Lavey on Wednesday night. The hurt of having lost out to Lavey in last years semi final should give Burren that bit of an extra incentive and this could well tip the scales in their favour, either way whoever emerges from the tie will be favourites to annex the 2019 Paul McGirr title.