SIDELINE VIEW: Back in play

Give us games and the more the better 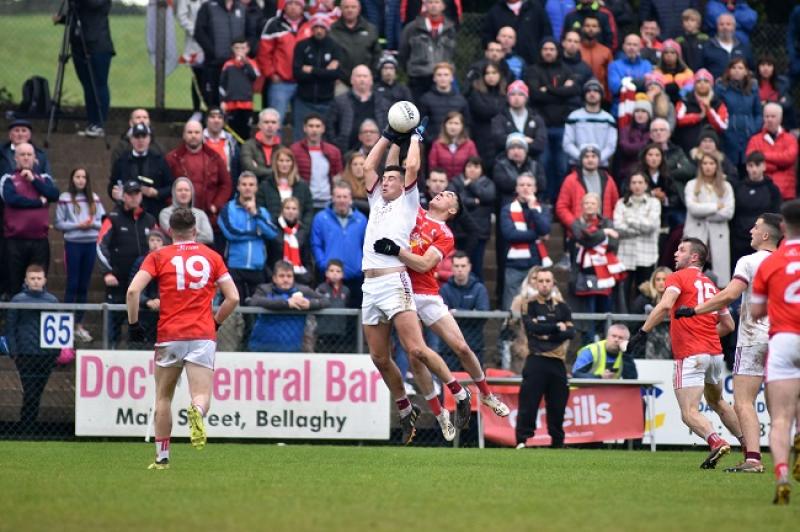 Please let this be the last time we return to play. The last 13 months have been a runaway version of the hokey cokey. We are dizzy at this stage. In. Out. In. Elite. Not Elite.

Burling a ball into a wheelie bin, posting 5K run times or hammering a sliotar off a gable wall...they are a means to end. Thankfully we have reached a return.

As I pen this column, my GAA media pass arrived in the post and I'm booked in to Justy McGrath's grooming centre to get whatever hair I have left into some sort of shape. A body can only wear a baseball hat for so long.

Both instances tell us we are back to normal. From chatting to a club footballer last week, he was just overjoyed with the news of games being around the corner.

The GAA, with the help of the Covid-19 lockdown, has evolved into a better version of itself with the arrival of the split season. Rather than county players being pulled from pillar to post, it is now black and white.

The county manager gets first call, allowing players to give their sole focus to one team. When they pass through the championship exit door, they head to action, with no middle ground of uncertainty.

There are disadvantages, but with the vast majority of Ireland's players not being on elite county squads, their needs are more important.

When asked, in an interview for the County Derry Post, about the issue of county players going virtually all year round, Brendan Rogers pointed out the crossover of training. The club manager must ease them in gradually, aided by physio advice, before ramping up the championship preparations.

The second issue is fixtures. We can't keep the rest of the playing population on hold until clubs have all the players for league duty. The time has come to plough on without them. It goes against everything the Derry leagues stand for - competitive games with full teams and intense relegation battles.

But as an association, the GAA have allowed the inter-county game to spiral out of control in terms of team preparation. It is professional inside an amateur cocoon. We can't kid ourselves. PJ Quinn's story in the Irish News recently told it perfectly.

Being captain of Moortown, he was getting his own tiling business up and running while playing for Tyrone at the highest level. It can't be done, unless work circumstances allow it. Something has to give and splitting the season is the only way. In PJ's case, he pulled out of the inter-county scene and ended up his club player of the year.

We are where we are. For everyone else, it is up to county boards to provide games for clubs and as many as they can possibly fit in. It won't please everyone, but it is the only way forward.

Derry's championship last year was brilliant. It was structured well and the group format allowed everyone a chance to get ready for whenever it mattered most.

So, now, a league without county players gives everyone in the country a chance to play uninterrupted. Leagues could be played in double rounds, with cup games thrown in during midweek.

It would limit the amount of training needed to get ready for the championship. For the underage player coming out of minor (or U17 – but that's another story) they can play as many games alongside established senior players and in the long run it will keep squads together.

It won't satisfy the appetite of those hungering for dog eat dog fare every week. But ask any player what they want, and they'll say games. Clubs should build in Friday night games around social events and allow players their share of weekends off.

Young boys can head to the pubs or clubs with their friends. A life outside sport is important. It would give older players an incentive to play longer, knowing they don't have to play every week with two vital league points up for grabs every Sunday and could spend a weekend with their family.

When you take the amount of games we had in the last 13 months, a glut of games is an easy sell. Some won't agree. But this is where we are and we've got to accept it. Allowing inter-county to morph into a 'semi-professional' sport helped us get here.