Popular Derry lecturer to retire after 40 years in the job 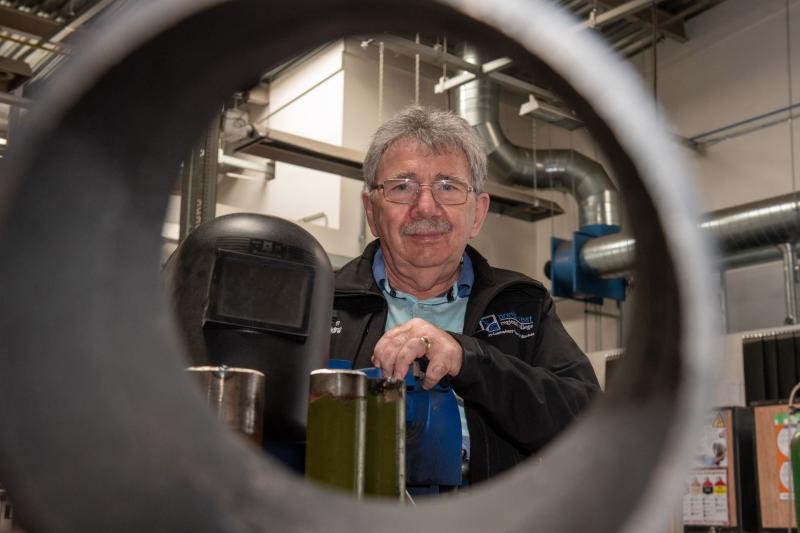 Gerry Burke is to retire this summer.

A Derry welding lecturer is to retire after 40 years in the job.

Gerry Burke is set to hang up his welding hood at the North West Regional College this summer.

It’s a bittersweet end to a long and committed career in which Gerry has managed to survive without a single sick day.

But after celebrating his 70th birthday last week, Gerry, one of Northern Ireland’s most skilled Fabrication and Welding lecturers, says it is time to 'put the feet up and let the younger ones get on with it'.

And on Northern Ireland Apprenticeship week, when Gerry’s student Declan McEleney has made it into the final three NI Apprentice of the year, Gerry said there’s never been a better time for a young person to consider an apprenticeship.

It was a 15-year-old Gerry, who first set his sights on a career in welding when he applied to Government Training Centre in 1967.

His early career saw him work in Travan Engineering and Dupont, and a three-year stint in Germany in the early 70s.

Gerry said: “When I was training as a welder I used to always watch the lecturers thinking I could have a go at that. Senior lecturer Jack Sharkey encouraged me to go for it. I faced a tough three-hour exam, a practical and then an interview. The rest, as they say, is history.

“I just get a joy from working with people. As a lecturer I love seeing young people do well. It’s great when I meet them now, years after they’ve finished their course and they’re running their own companies.

“I love the fact that my job gives me a chance to push a young person who may not have had every opportunity at school. I’ve always been very patient and I never give up on anyone, encouraging them to ‘have another go.’

“I’m delighted to have encouraged many female students to study welding – many who have gone on to top jobs in welding.” 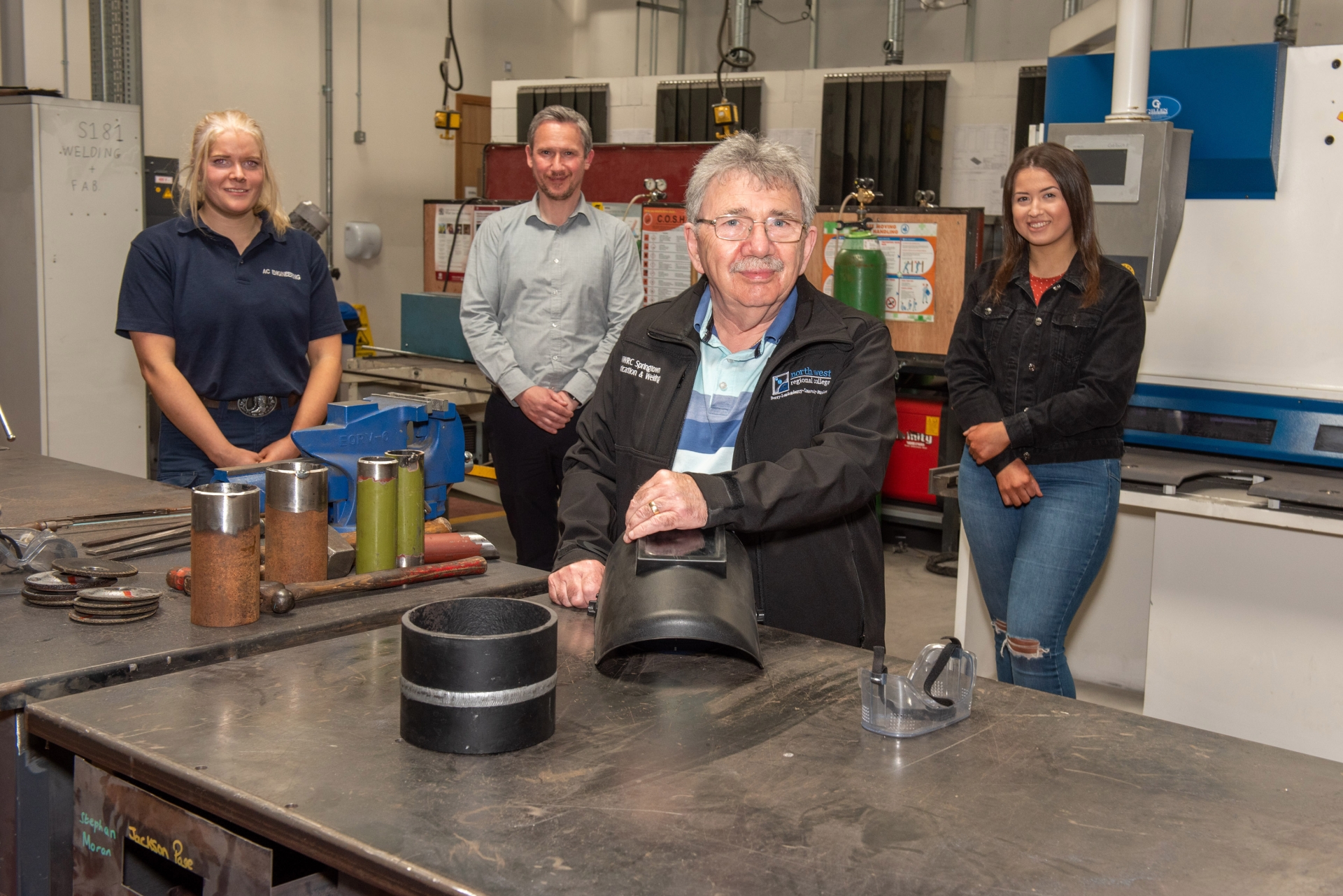 It is undoubtedly Gerry’s relationship with local employers such as Fleming Agri, AE Global, Foyle Port, AE Global and GB Engineering that has led to the huge success of students in the Fabrication and Welding courses at NWRC.

Gerry explained: “NWRC’s partnerships with employers are essential. The lecturers and employers are one big team who work together to get our students on the right path. The level of commitment from our employers to our curriculum at NWRC, and their willingness to provide on-site training is a key component to our success.”

“I remember sitting at home handwriting notes, and going into work early to photocopy them to give to the students,” he said.

“But when the computers started to come, I decided I needed to learn. I’ve had great supporting from the Technology and Enhanced Learning Team at NWRC, and these days making my own videos and adding them to the Fabrication and Welding Video Channel is second nature to me.

“That said – I’m a great grandfather now, and I marvel at all my grandchildren and how they’ve grown up with computers and how technology comes so easily to them. Young people take to technology so easily.

“I really am going to miss all the friends and colleagues I’ve made at the college. I’ve a few months left to serve and then it’s finally retirement with my wife Sandra in my beloved Creggan.”

John Cartin, Deputy Head of Training and Skills at NWRC said: “Gerry has an incredible appetite for his work and strives for excellence within Fabrication and Welding.

“He is often seen carrying out one to one review meetings with his students where he gets to know them and understands each individual’s learning and personal needs.

“He shows kindness towards his students and this helps break down any barriers that may be in place.

“Gerry is very proud of his very close links with industry and particularly with his employer base and ensures that all of his students are suitably placed.

“Gerry is also heavily involved with the college ERASMUS student exchange programme, where he facilitates more foreign students each year than any other lecturer.”

Leo Murphy, Chief Executive and Principal of NWRC said: “Gerry Burke is one of a kind and will be simply irreplaceable when he retires.

“Gerry has managed and overseen many changes over his 40 years and has been able to embrace change by adapting his current practices to meet the needs of industry.

“Gerry has built up a fantastic reputation within the college where he is student focused and always puts his student first.

“He remains one of the most precious assets of the North West Regional College and is simply irreplaceable. We’re going to miss him.”