Lynn and Philip Hasson get to enjoy their 'big day' 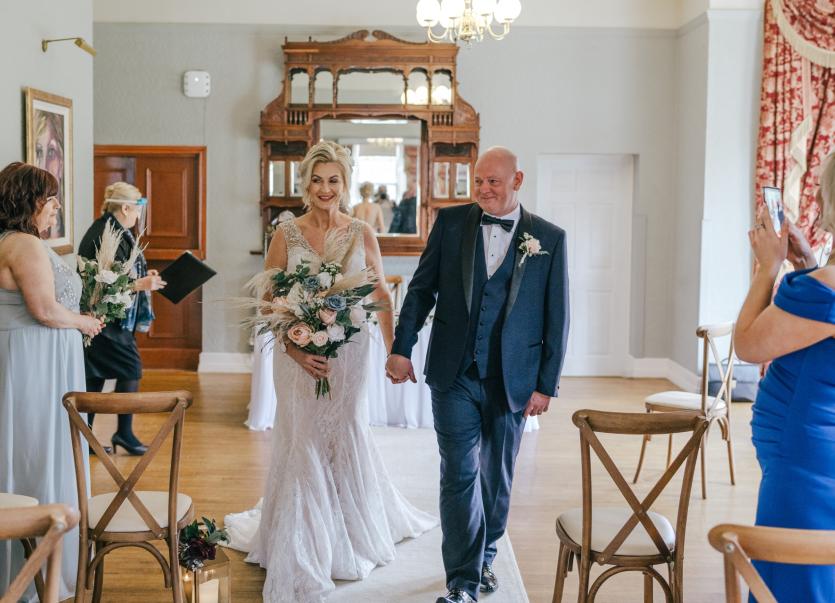 A Derry couple whose dream wedding was cancelled five times during lockdown have finally tied the knot.

Lynn and Philip Hasson had arranged to get married in Donegal's Redcastle Hotel in May, but the coronavirus outbreak halted their plans.

The 'big day' was rescheduled for November.

However, as the date grew closer they were advised to move the celebrations to October in case lockdown restrictions got tighter again.

When the ban on unnecessary cross-border travel came into force in early autumn, the couple were told they couldn't get married in the Republic.

Undeterred, they rebooked their wedding at Derry's Beech Hill Country House in Ardmore at the end last month.

But on Wednesday, October 14, they got a call to say they would have to get married three days later, Saturday, October 17, before fresh lockdown measures came into play.

After confirming that her son, Matthew, and his partner could make the wedding, Lynn gave it the go ahead.

"It was a bit crazy, I was working until 5.15pm on the Thursday so we didn't have much time to pull it together," said Lynn, who is a support worker with Praxis Care.

A host of Derry businesses pulled out all the stops to make sure the wedding could go ahead early and Lynn and Philip finally made it down the aisle.

"We both have big families and lots of friends and we didn't want to leave anyone out so our initial wedding was for 170 people and ended up being for just 25 - including the bride and groom.

"In the end we only had close family and a few friends and they couldn't even bring their partners, but that was just the way it had to happen.

"There were a few people that couldn't come because they were isolating which was a pity." 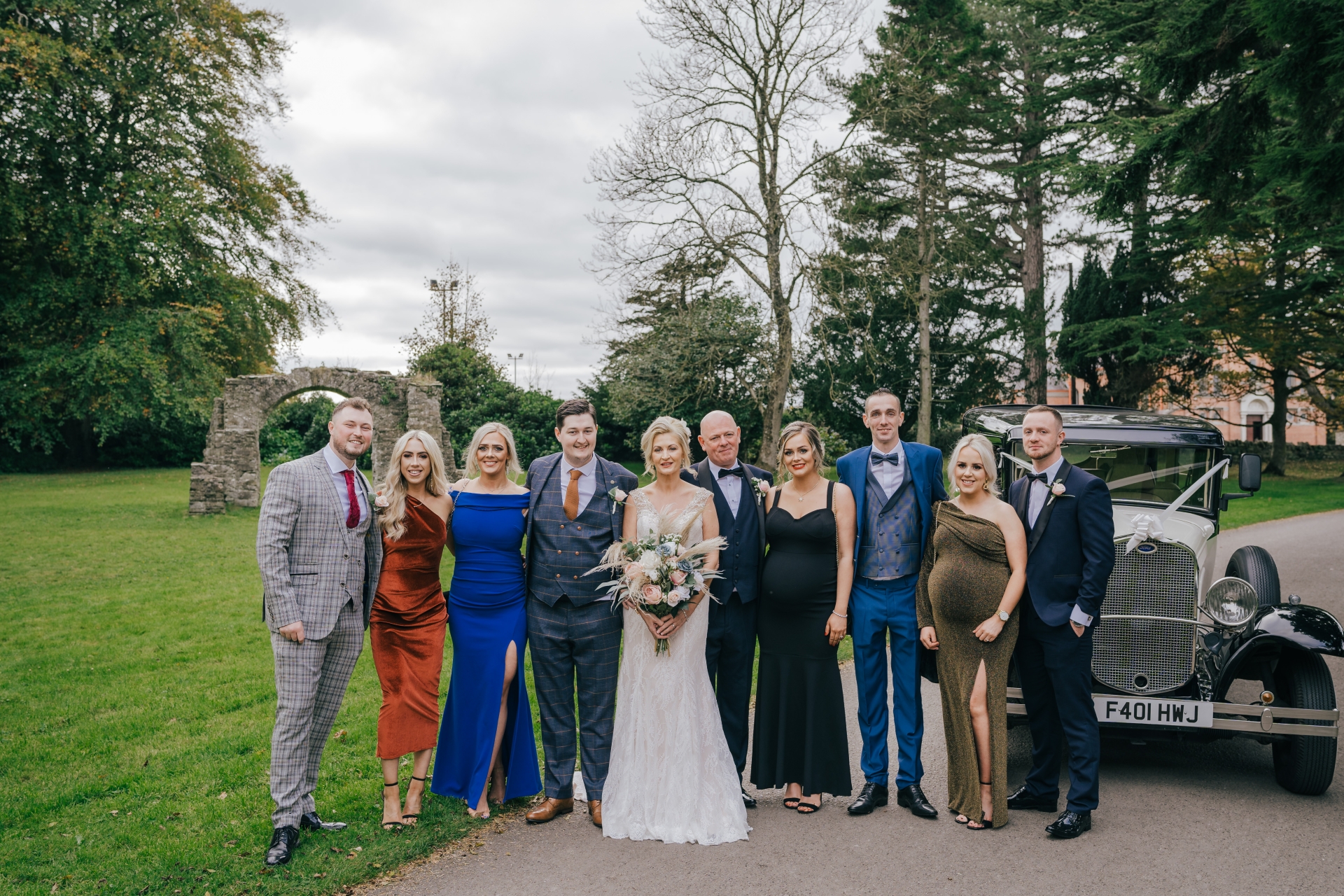 "In the end it was very intimate and I stood back and looked and it was all the people that are closest to us which was lovely," said Lynn.

"I was starting to think I was jinxed and in the run up to the wedding I was very nervous, but that day around lunch time all of a sudden I felt so, so relaxed.

"It was a brilliant day."

"As long as no one is sick then anything else is fixable," she said.

"I wouldn't want to be one of those families waiting on a phone call from the hospital."

Lynn and Philp thanked everyone who made their last minute nuptials such a success.

"We'd like to say a special thank you to Aisling and Michael at the Redcastle who were excellent and gave us a full refund.

"To Jenny and James at the Beech Hill Country House for making everything run so smoothly and to Lisdale Signature Cars, Funky Cakes, Sass and Halo for the flowers, Natalie Doherty for the photography, Erin Gilroy for the make-up and Charlene Ferguson for the hair.

"And to my friend Anne Marie Boyle who did the balloons and decorations- she was my rock,” added the new bride.