Anthony Nash well on the way to hitting his target 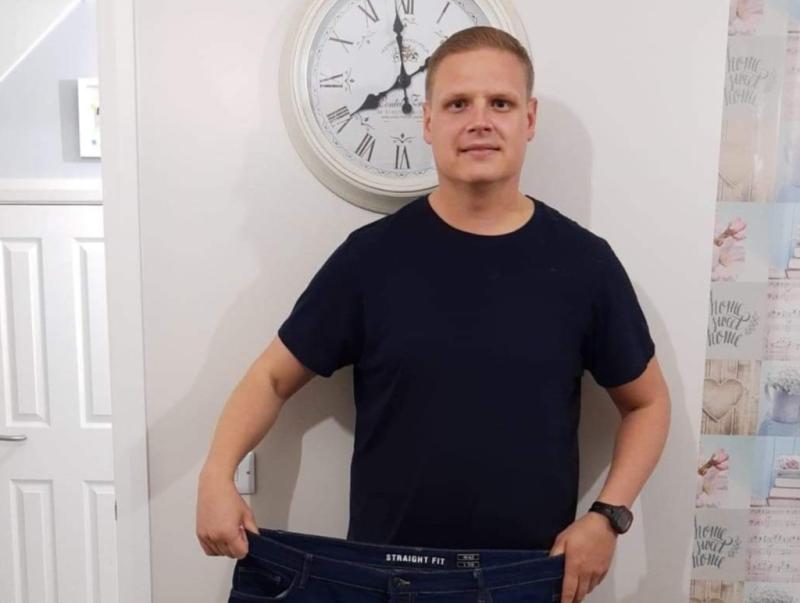 Anthony Nash has already lost a lot of weight.

A Derry chef who packed on the pounds at the start of lockdown has set himself the challenge of losing three stone in 90 days.

Father-of-three Anthony Nash, 32, is well on his way to smashing his target having shed an impressive two stone and nine pounds with just under a fortnight to go.

"I started sharing recipe videos with family and friends online at the start of lockdown for something to do and it really took off," said Anthony.

"They were getting likes and shares and one had 40,000 views but they were pure fattening and people were contacting me then saying we've put weight on and it's your fault," he laughed.

The Elaghmore man noticed that his own jeans were getting a bit tight too so he decided to do something about it and start making healthy, low calories meals.

Anthony used his knowledge as a chef to create tasty dishes like pulled chicken casserole, chilli and ginger chicken and open steak sandwiches.

And as well as keeping his calorie intake to between 1,800 and 2,000 a day he has been hitting 'TK Fitness' gym in Springtown to up his exercise.

"I have to give credit to Tommy, Kate and Eddie at TK Fitness, "he said.

"It's a family run gym and they are so down to earth.

"There's no big egos there- you just go in and you work out hard.

"You don't have any big muscle men standing in front of the mirrors posing!"

Anthony's online videos have got so popular that local shops are even asking what he is making next so they can get the ingredients in.

"McGinley's and Vivo will want to know what I'm making next," said Anthony.

"And I've been contacted by local slimming groups like Slimming World.

"It keeps me going to know I'm helping other people.

"My partner Carol is very supportive and she'll say 'what are we getting tonight?' and my parents Stephen and Jean are the proudest parents in the world."

Anthony started his 90 day challenge at 19 stone 6 pounds and is currently weighing in at 16 stone 10 pounds.