The tour operates across Slieve Gallion and the Derry hills. 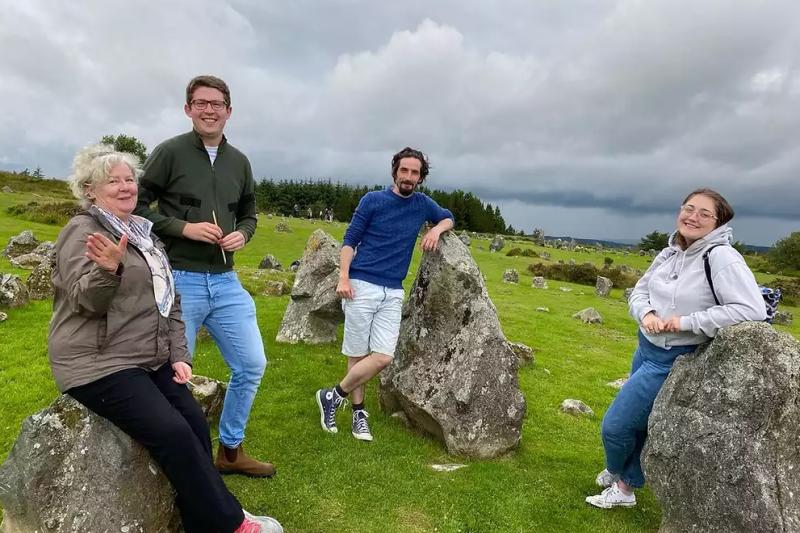 Hugh McCloy with a group at Beaghmore stone circles.

A full closure of the A6 will be in place this weekend between Dungiven and Derry, with traffic to be directed through Feeny and Claudy.

The closure is part of continuing work on the completion of the A6 D2D Dualling Project and will take effect from Friday, September 4, at 7pm until Monday, September 7, at 7am.

GAA supporters travelling to Derry could be affected, with Ballinascreen taking on Bellaghy at Celtic Park on Saturday evening, while Magherafelt play Lavey at the same venue on Sunday evening.

Road users have been asked to leave extra time for their journey due to the diversion.

Meanwhile, A new tour is offering visitors the chance to explore part of County Derry's mythological history on the slopes of Slieve Gallion.

Embrace tours is run by Hugh McCloy, a native of Moneymore who now lives in Draperstown, and has been running for a number of months after lockdown presented an opportunity for its launch.

Hugh has focused the first phase of the tours on the area's links to Ireland's mythological past and in particular, the presence of giants in the area.

“I had an idea years ago to do something called Spirit Safaris. As time went on it kind of morphed into Embrace the Giant spirit,” Hugh explained.

“Lockdown gave you the chance to have a good think about it and we launched it there this summer. It's building on the story of the Slieve Gallion giants.

“We are a country based on the myths and legends of giants. You can go back to the early mythology of the Tuatha Dé Danann and the Fomorians.

“The Fomorians were giant warriors and the Tuatha Dé Danann were these child-like gods. There is probably a bit of truth to the giant stories because in Ulster, there are giant men.

“The tallest twins ever, the Knipes, came from Magherafelt. The last giant to come out of Mid Ulster was a guy called Charles Byrne, who was eight foot, who came from outside Moneymore.

“1 in 150 people carry the giant gene. Signs could be having big hands or big feet, or medical conditions associated with gigantism.” 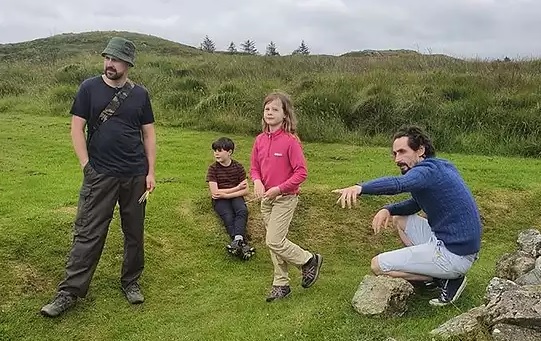 Hugh has previously worked on Game of Thrones tours, and has spent years researching the project, which is offering an initial three tours on Slieve Gallion.

He said the history of Mid Ulster and the rich potential for tourism had been largely untapped.

“All through history there have been traces of giants in the Mid Ulster area. We all know Slieve Gallion has been a mountain out there on its own.

“We've all grown up in the shadow of Slieve Gallion and some of us might not know it used to be called Callan's Mountain. It was called after a giant called Callan.

“As time went on, it was renamed Slieve Gallion. Callan is also supposed to be buried on Slieve Gallion as well. He was also the grandson of a High King of Ireland.

“We've only started to discover our history. Most of the history of Ireland, going back to ancient times, is towards Armagh, or Newgrange.

“What I've done is devise a series of walks in Mid Ulster that will celebrate the history of the giants. I want to take that Fionn MacCumhaill myth and link it to more modern giants.”

The current routes for Embrace Tours take in large swathes of County Derry. Beginning in Tirkane, Hugh brings visitors through the mountains of Swatragh and down into St Lurach's in Maghera.

From there, the tours head for Slieve Gallion and the stone circles, giving visitors the opportunity to hear about the lives of the giants who are said to have lived there.

With the tours already attracting interest from American operators, Hugh is hoping to develop the experiences and has enlisted the help of the local community. 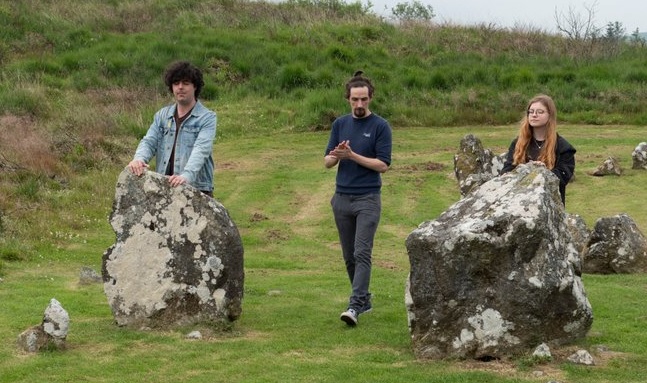 Apparo Restaurant in Draperstown are supplying food for a number of the tours, while visitors can also avail of a story-telling session in the town's Shepherd's Rest Pub.

Plans to develop the tours are ongoing, with Hugh hoping to focus on local links to the origin of Bram Stoker's well-known novel, Dracula.

“The next story we're going to build on is that Dracula was Irish. He was an old chieftain from Glenullin and his grave is still there,” said Hugh.

“Abhartach was a cruel wee chief who was supposed to have gotten into the dark arts. If you look at history, Moneyneena was where ancient Irish warriors went to train in herbal medicine and magic.

“Abhartach couldn't be killed, so they enlisted the help of the local giants at Slieve Gallion, who went to what was likely St Lurach in Maghera.

“He said to take the branch of a yew tree, carve it into a dagger and stab him through the heart, place him face down in the grave, cover him in thorns and put a huge stone over his head.

“Over in Glenullin, there is a place called Slaghtaverty, named after the chieftain. Since then, his grave has sat there. The origins of the vampire is Irish, and it's here in the Sperrins.”

Hugh is keen to move from the idea of the giant as a 20-foot tall myth to having a tangible link between giants and the Slieve Gallion area.

He is hoping the experience of being physically present in the area they are said to have inhabited will help develop that link.

“What's sitting under the ground in Mid Ulster is going to re-write history,” he said.

“Are you going to find a Newgrange in Ulster? No, but you're going to find significant monuments that can be traced back through history.

“Ulster men were always renowned for being big, hearty warriors. I've played Gaelic all my life. If people don't believe there are giants in Mid Ulster, they've never played against Swatragh.”