Dean Groogan has bravely opened up about his battle with addiction.

Dean Groogan, along with Eanan Kerr, Kevin Donnelly and Simon Wyn, who be climbing the seven peaks of the Mourne Mountains on Saturday.

This weekend Dean Groogan will tackle the seven peaks of the Mourne mountains. It is not the first time he faced a challenge in that part of Ulster. He tells Liam Tunney his gripping story, outlining his reasons for wanting to break the stigma of addiction

A County Derry man has spoken of his experience with addiction as he prepares for a fundraising challenge in aid of the organisation who helped him deal with it.

Dean Groogan, from Ballinascreen, is raising money for the Cuan Mhuire rehabilitation centre in Newry by climbing the seven peaks of the Mourne Mountains this weekend with a number of friends.

The 36-year-old, well-known in south Derry for his story-telling and recitation talent, has spoken about his story to encourage others who may be struggling to seek the help they need.

“I know a lot of people that need help, but they don't know where to get it or how to go about it,” he told the County Derry Post.

“I wasn't originally going to talk about myself, but I was talking to my girlfriend and people close to me and they said, 'why are you beating about the bush?'

“They said if I wanted to break the stigma, I had to be straight and honest, and it made sense. The more I tell my story, it'll help people come forward and get help themselves.”

Dean had been struggling with drug addiction for a number of years before attending the Newry rehabilitation centre, and says the continued fight to cover up his problems took its toll.

“For a lot of years I was struggling. I can make all the excuses in the world about mental health problems, anxiety, depression and guilt, but I got deep into addiction with fake highs,” he said.

“I was covering up for a lot of years. I can wear a hundred and one masks and people would think I was in great form, but deep down I was a broken person.

“I was hiding that for a long time and I tried a thousand times to get myself sorted, but I would not do it on my own.

“It was put to me a few times about getting residential help, but I didn't want it, because it was a pride thing for me. I was embarrassed people would find out.

“Eventually I had to put my hands up and say I needed help. I didn't lose my job or my family, so it wasn't rock bottom that way, but emotionally, I was at rock bottom.

“I didn't know where to go, I was just a broken person in the depths of depression. Just a broken man. I had to get help and Cuan Mhuire was a life-saver for me.” 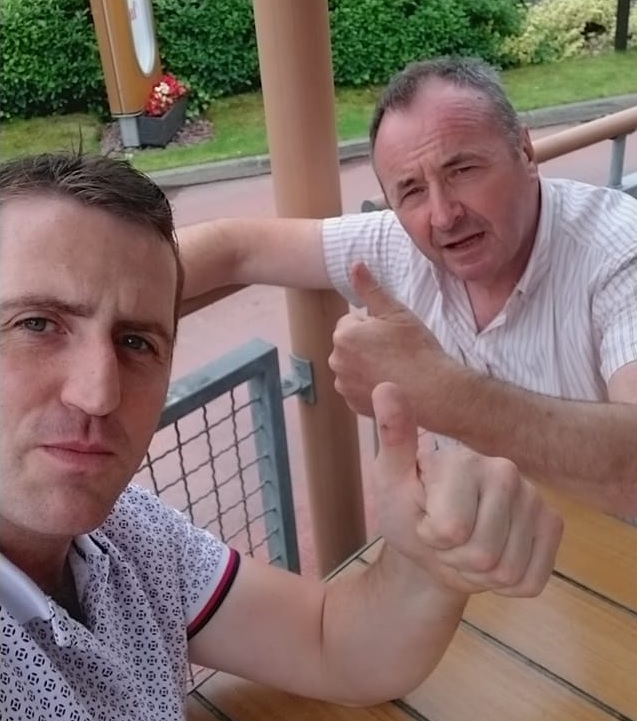 Dean and Pat McGinn met up a few weeks ago to record a video about Cuan Mhuire.

Dean was introduced to Pat McGinn, a former Lord Mayor of Newry and someone who had been through Cuan Mhuire previously.

He admits though, that if it wasn't for the intervention of his girlfriend Emma, and close family and friends, he might not have taken that step.

“Cuan Mhuire saved my life, and if it hadn't been for my girlfriend Emma and my close family and friends, I wouldn't have gone,” he said.

“I won't say Cuan Mhuire did it all for me, because they don't just put a magic wand over your head and say 'that's you free', because you have to put in the work yourself.

“I went in and gave it my all and Cuan Mhuire gave me three months to get my head sorted, myself straight, allowed me to recharge the batteries and I came out a different man.”

Cuan Mhuire was set up in 1966 by Sister Consilio in Athy, County Kildare.

The Newry centre was built in 1984 and originally catered for those suffering from alcohol addiction.

These days, the spectrum of addiction is much wider.

“In this day and age, it's not as simple as a man lying drunk in the street. Drugs are everywhere, in every bar you go into, and it's so easy for a young person to get hooked on something,” said Dean.

“They try it for a bit of craic and the next thing they know, it's a few months down the line and they're in something they can't get out of. It destroys lives.

“Drugs are a new thing, people don't really understand. I was speaking to a man who was drinking for years. He said he never touched drugs, but if they had been about in his day he probably would have.

“It's so easily available these days and it wrecks families. It rips the soul clean out of you. For me, I detested myself. I knew what I was doing was wrong and that it was wrecking my life.

“I just couldn't stop. Addiction is something that you can't get enough of, but that you detest. It was just ruining me and Cuan Mhuire was a life-saver for me.” 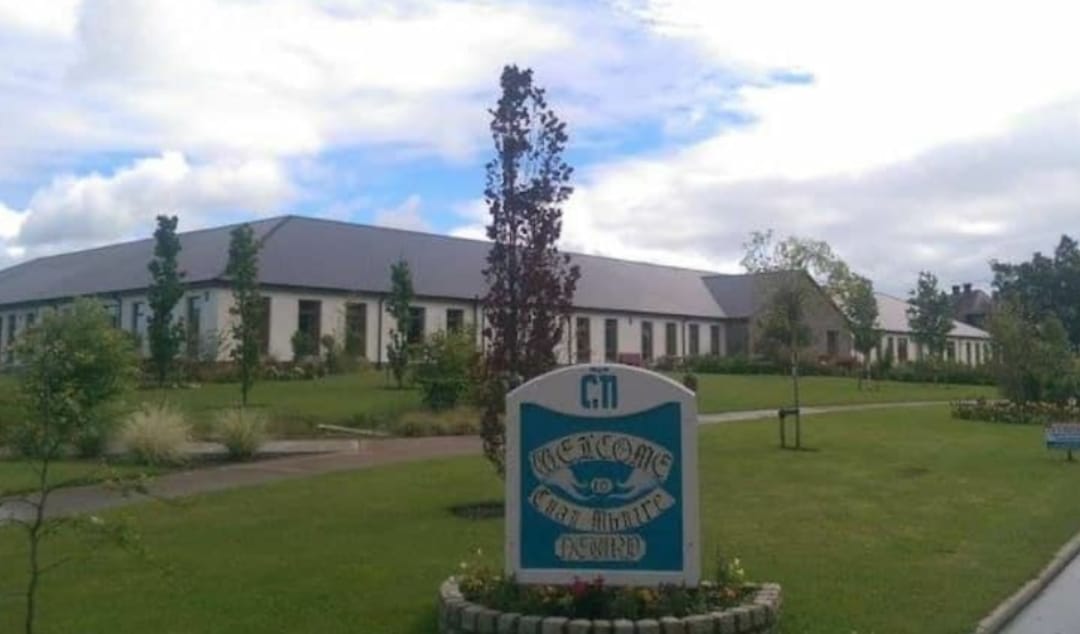 The Cuan Mhuire centre in Newry.

On Saturday, August 30, Dean and a group of friends will climb the seven peaks of the Mourne Mountains to raise money for the centre.

They are already well on the way to their £5,000 target, and are hoping the trip will be a fun way of raising money and awareness for Cuan Mhuire.

“Eight of us are going to start off at six in the morning and tackle the highest peaks in the Mournes,” said the Ballinascreen native.

“I know a few boys that have done it in around 9 or 10 hours, but we're not going to break any records! There are a few men going to meet us halfway up and do us a barbeque, so it'll be a day's craic as well.

“I know money donated to the charity is great, but stigma is the main thing, so I'll be pushing online about the residential care for people suffering with drugs, gambling or drink.”

Dean wants to ensure that anyone who finds themselves in need of help knows where to access it, and is especially keen to help men who may be struggling and reluctant to act.

“As men, we bottle a lot of things up, personal things like depression or anxiety and people turn to drink or drugs or other highs to mask them things,” he said.

“They are taught from no age not to show any emotions, to bottle it up and be a man, and that's not the reality. They're turning to other substances to mask the pain and that's just not the way to go.

“This is to let them know that places like Cuan Mhuire are out there and will help them if they come forward.

“Anything can go through that door; that's one thing I found out about it. There are all different age groups and all different backgrounds and religions.

“There are people with plenty of money and people with none. There were even a few people who were homeless whose families want nothing to do with them.

“Addiction doesn't care who you are, it will come for you regardless. Putting yourself out there warts and all isn't easy, but if it helps someone, that's the reason for doing it.”

For more information, visit the Mourne Mountain Challenge Facebook page, where you can find links to the Just Giving page, for those wishing to donate.

Anyone who is in need of help or support with addiction can contact Cuan Mhuire by phone on (028) 3084 9010 or via email – newry@cuanmhuire.ie 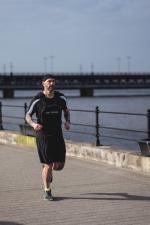 'I used to bring only tears to my family, now today, I bring smiles'

A balance of body and mind

Eight years ago, Glenn White and his family moved from Devon to manage the Drumnaph Nature Reserve. He tells Michael McMullan his story of nature, his mental and physical fitness journey and a 40-day mountain challenge...