Derry musicians eager for a return to the stage 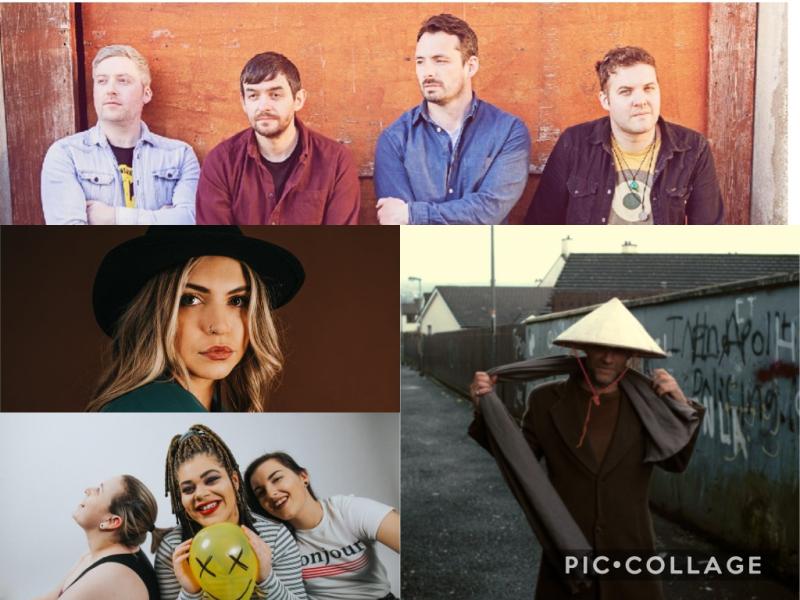 Musicians in Derry have backed a campaign calling on the government to protect the music industry from any further suffering as a result of the Coronavirus pandemic.

Artists and the entertainment industry as a whole have come under immense pressure since the crisis forced the closure of business and mass cancellation of events in 2020.

Derry is a city with a deep-rooted musical heritage and over recent years a superfluity of talent has emerged, each of them different, but making their own mark in the industry.

Then there’s the masterful Our Krypton Son, rockers Wood Burning Savages and resurgent local legends Red Organ Serpent Sound - whose gigs were once described by Eamonn McCann as ‘low instinct, high art and so sexy’ they are ‘reserved sins in certain dioceses’.

Unfortunately, those musicians have been unable to entertain audiences since March, except via Zoom, which is no substitute for the interactive and much more personal live experience.

For musicians, performing is their lifeblood, it is not only what they love to do but live shows are the most dependable source of income.

Leading artists in the country recently wrote a letter to the Department for Communities (DfC) in a plea to provide urgent financial support to save the local music industry.

It is not only the musicians but the likes of producers, sound engineers, stage crew, management, live venue staff, photographers and freelance workers in the industry who are struggling.

Speaking to the Derry News, PORTS bass player and vocalist, Steven McCool, shared the difficulties experienced during lockdown but also about the welcome prospect of festivals and gigs on the horizon as restrictions have eased.

He said: “At the start of the year we had begun working on a release schedule for our first new release in four years.

“This includes, making music videos, touring etc. We had been finishing the last few songs of our next album. Then came the pandemic.

“All our plans were stalled. We couldn't release if we couldn't tour. We couldn't get together to finish the album or music videos.

“We play live to build up the finances to release new music so that was another wall for us.

“As things have started to open up, we have been able to roll out a bit of a schedule again and with Stendhal Festival going ahead, we can use that to coincide with a release.

“Hopefully now as things start to open up we can get back on-board and out playing again.” 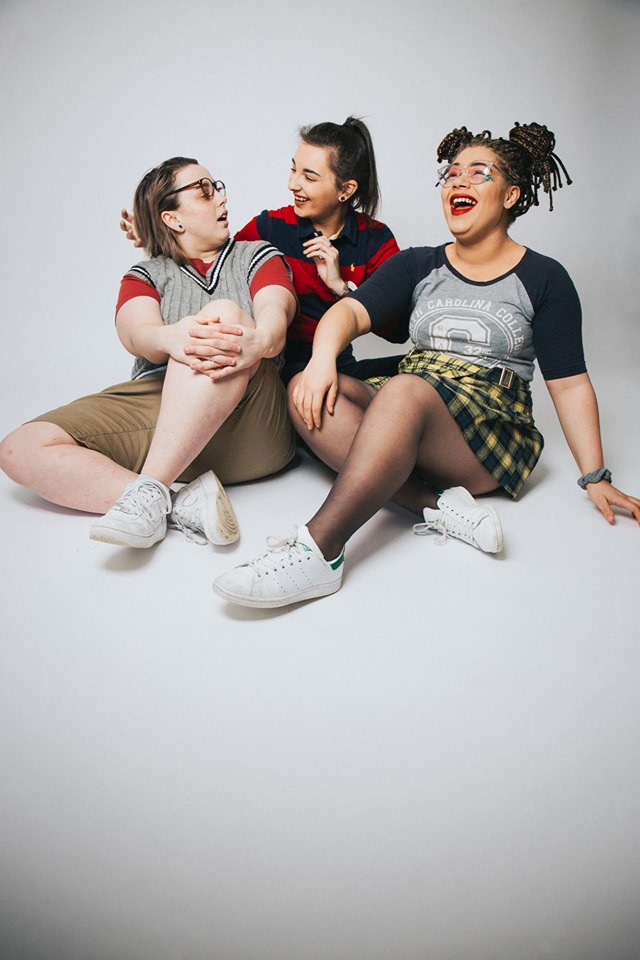 Hannah Richardson vocalist and guitarist in CHERYM (above) echoed Steven’s view saying it’s ‘definitely been a difficult’ time for musicians.

“With no furlough, no other source of income and a lot of uncertainty surrounding when it’s safe for us to get back to work,” she explained.

A grant from Help Musicians NI at the start of lockdown her going for a while, Hannah said.

“Spotify and the Arts Council have also been trying to issue grants to musicians which is extremely helpful but nothing compared to what we would be bringing in if we were allowed to work, especially now around festival season.

“I just hope the live music scene is able to sustain itself once we see the other side of this and hope people continue to support local musicians and music venues so we can get back as quickly and safely to doing the thing we love most,” she added.

Aoife Boyle, known by her stage name Reevah (pictured below), had been planning to embark on her first headline tour to accompany the release of her EP 'A Different Light' in April & May, followed by a busy summer of gigs and festivals.

All of these plans have now been put on the back burner.  "As things stand the future for the arts is very uncertain," she explained.

"As an independent artist the financial impact has been quite devastating and has affected not only our plans for the immediate future but for the next year.

"However, we're so aware of the vast number of artists who are in a similar or even worse positions so are trying to remain as positive as possible about the future." 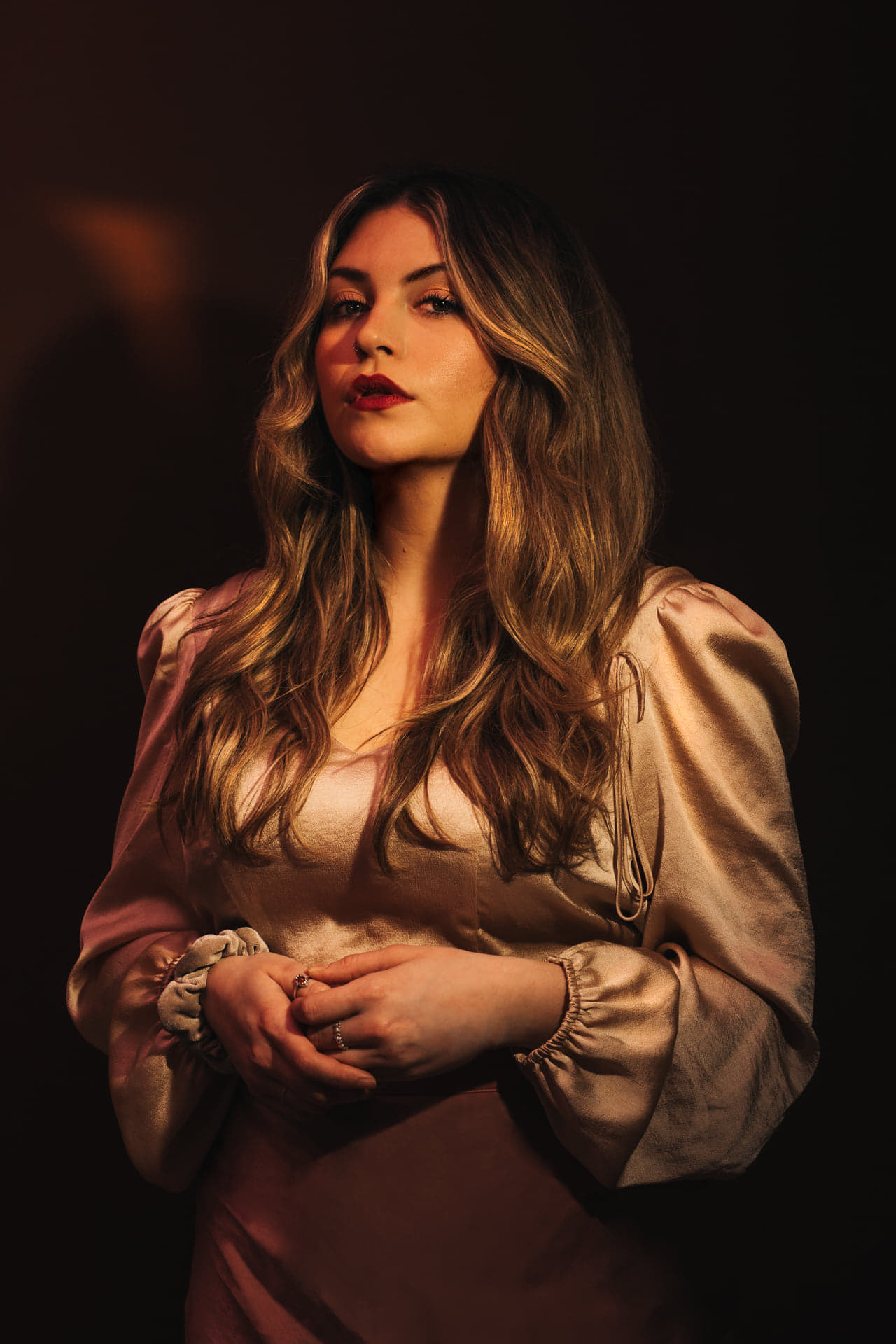 It will take place at Ballymully Cottage Farm in Limavady where numbers will be limited but the audience will be treated to the very best talent on the island as well as beer gardens, delicious food and ‘perhaps best of all, over 20 acres of socially distant outdoor scenic countryside to enjoy’.

Most festivals have however cancelled and are already trying to regroup for next year.

Bars have also begun to reopen but in an effort to maintain social distancing live music has been actively discouraged.

Theatres will open their doors at the end of the month but with large gatherings prohibited and social distancing mandatory for the foreseeable future there are uncertain times ahead.

Strength N.I.A and Red Organ Serpent Sound frontman, Rory Moore, said it came as a ‘hefty blow’ to find out that all of their shows were cancelled for 2020.

“Live shows go hand in hand with releasing new music and sustaining oneself as a musician both financially, spiritually and emotionally.

“It has been a pretty hefty blow. But working alone and self-isolation is something I have been used to for many years, the abnormality of the situation is something that comes with the turf of being a songwriter and performer,” he reflected.

“Radio and social media are very important at this time for sustaining a career in music.

“We hope that our fan base will pre order our album that is set for early release in 2021 and fingers crossed we will be out playing again towards the middle of next year.”

The Department for Communities said it is aware of the ‘immensely challenging’ situation currently facing the local music industry.

The department has been in consultation with local industry representatives and further discussions are planned in the near future.

In advance of the reopening of theatres and seated venues, the DfC is working in partnership with the Arts Council NI and key stakeholders, with officials having established a Consultative Arts and Culture Recovery Forum to help them in assessing the priorities for funding the sector in its entirety.

A spokesperson said: “We are currently working at pace to develop our plans to ensure the future viability and resilience of the sector. These will be published as soon as possible.

“The Arts Council NI currently have open funding programmes for both individual artists and organisations.

“Theatres have been provided with an indicative date for opening of 29 July. It is, however, recognised that it will be some time before venues such as theatres can operate as normal.”

“There are a number of reasons for this. A number of venues have indicated that it will not be economically viable to open while social distancing remains in place.

“We also need to consider the additional requirements for live performances including social distancing back stage and on stage, singing and wind instruments etc.

“The Arts Council also are working with the sector to develop specific guidance for reopening theatres. This should be released shortly.”