New dads need to know the importance of mental health

Derry man Gary Nash (34) is a father to four children and his partner Shannon is expecting their third child. To mark International Father’s Mental Health Day, Gary explains why he is backing the NSPCC’s Fight for a Fair Start campaign. 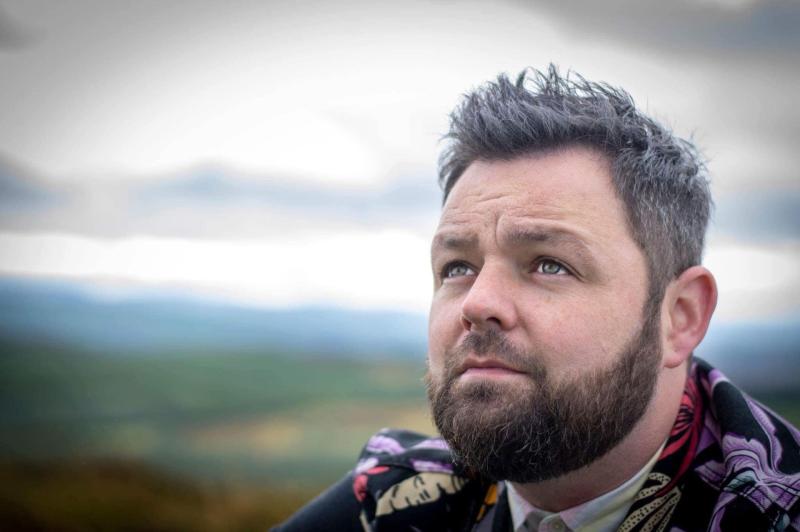 When we found out Shannon was expecting our first baby together I thought I knew what to expect.

I was already a dad to two daughters from my previous relationship.

But Shannon’s pregnancy was really different to what I’d previously experienced and she suffered with hyperemesis and symphysis pubis dysfunction (SPD) which meant her hips caused her a lot of pain and she needed crutches.

I was very worried about her and though we were both excited to be having a baby, it was also a tough time for us both.

But, when our baby was born he surprised us; he was healthy and heavier than expected and the birth went quite smoothly.

After that, when Shannon became pregnant with our younger son last year we felt more prepared though many of her painful symptoms from the first pregnancy came back, as did the pressures of supporting us financially while supporting Shannon’s health at home.

We rallied together as a family though and managed to get through the difficult times, but looking back now we could have used more support from outside our family too.

When Shannon went into labour the whole experience happened very quickly and left us reeling.

When our baby arrived, we were told he was in shock, so he had to go under a UV light to help him recover.

When we were told soon after to go home it was a big surprise.

We had arrived late in night and this was early the following morning, so we’d only been in the hospital for about seven hours in total.

It was surreal and we were exhausted; our whole world had changed overnight. I don’t remember either of us being asked if we were feeling OK after the birth or how we felt about leaving the hospital so soon.

I believe Shannon did suffer from some kind of post-natal depression (PND) at that time and don’t feel there was enough checking up on her mental health afterwards, partly because everything was so rushed.

I suffer with mental health difficulties myself, which Shannon has supported me through, so I recognised some of her symptoms as similar to the things I do when I’m struggling.

I noticed over those first few months she was avoiding questions, and she was crying frequently – anything to do with ‘real life’ on TV and she would burst into tears.

We talked about it together and I made sure she knew I understood she wasn’t feeling like her usual self.

The focus of all appointments and check-ups during pregnancy was on Shannon, but after our baby was born that changed.

The majority of the visits from care workers that followed our son’s birth were solely about the checks on the baby.

It would have been helpful if every one of those conversations had started with ‘First, how are you both feeling?’ and ‘Anything you might want to ask?’.

There need to be questions, asked as standard practice, about how you’re feeling and coping as parents at all the appointments and check-ups after a baby is born.

I believe your mental health being at risk is an emergency.

I found out about NSPCC’s Fight For a Fair Start campaign through my work with The Dad’s Project, a Parenting NI initiative that has supported me with my own mental health related to being a separated dad from my older children.

I’m training to be able to offer mental health support to other dads and so I know from experience that it is very important that dads are part of conversations about mental health, new dads included.

If professionals at appointments after a baby arrives addressed both parents and asked if they needed support, I think it would make a positive difference.

They could make recommendations there and then to help, whereas if something like PND is left undiagnosed, a mum who is suffering could then have to see various GPs and counsellors, and maybe need to try out various medications over a long period of time before they’re able to recover.

I don’t think Shannon has ever had the right support and though her doctors have been great treating her physical symptoms during pregnancy, issues with how she felt after our youngest son’s birth could have been addressed months before now.

If you’re never asked about your mental health as a parent, you don’t feel like you have the option to speak up and get help.

Up to 1 in 10 dads suffer from mental health problems in the period during pregnancy and after the birth of their child.

For more information go to: www.nspcc.org.uk and search for Fight for a Fair Start.