The monarchs of the Glen 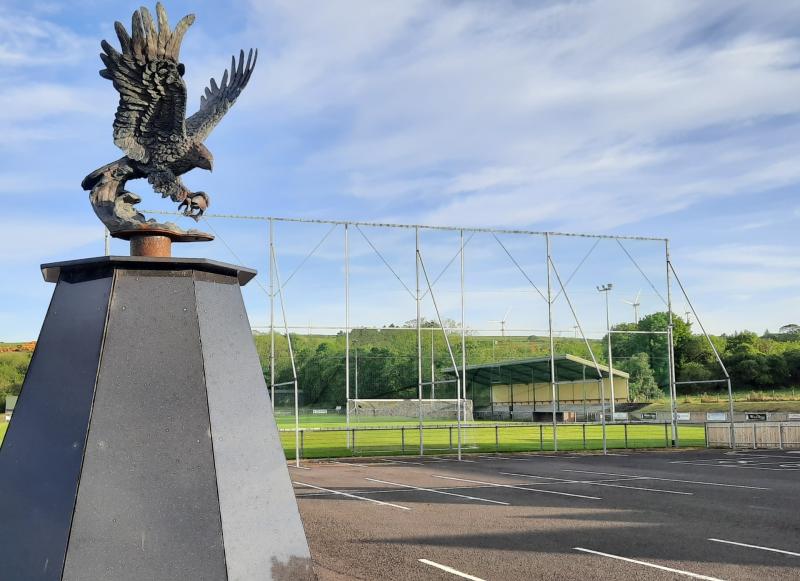 Within two years of winning the 1985 championship, Glenullin's team was ravaged by emigration. It was a side that would have been fancied to sit at the top of Derry football, such was the average age. Michael McMullan spoke to Gerard O'Kane, to look through the panel of players.

Noel Traynor – He was oldest player on the team and had played for Derry minors and seniors. Made a save from Dungiven's John A Mullan during the 1985 championship run. When they failed to find a replacement, he made a return from retirement. He put a lot of effort into building the hall and was groundsman, a role he has recently returned to.

Jim Bradley – The first of three brothers to play in the full-back line. Jim has lived in Glenullin since and his sons have played for the club. His son Conrad won a championship on the 2007 winning team.

Gabriel Bradley – He was club chairman in 1985. Lived in Cookstown at the time, but was back in the 'Glen practically every day of the week. He wasn't captain, but led by example and had a distinguished county career, and was on the 1975 Ulster winning team. He was commanding on the edge of the square and a terrific place kicker.

Ephraim Bradley – When Terence McGuckin was sent off in the final, he played the spare man role. Emigrated shortly after winning the championship and was back living in Derry for some time. He now resides in Glenullin.

Donal McNicholl – One of five brothers on the panel – with Cathal, Giles, Declan and Colm. Donal was Glenullin's Player of the Year in 1985. He now lives in 'The Port' and had played on for several years after. He was on the Derry senior panel, but pursued his interest in golf.

Colm Rafferty – 'Thorny' won two championships, but 22 years apart, having been part of the 2007 side, at the age of 41. An achievement which would take some beating. He always played a central position on the team and won a league medal with Derry. He gave great service to 'The Glen' in his time managing teams.

Gerard O'Kane – His uncle Dan won a championship in 1928 and his sons were on the 2007 squad, a year in which he was club secretary. Spent much of his career as a forward, but played at left half-back in 1985, a position his son Gerard lined out in for their latest title. He also served as chairman and led Derry, in the same role in the early noughties and still continues to be a dedicated servant of the club.

Danny O'Kane – 'Tam' was on the Derry squad during the 1980s, having played at all other levels. He went to America shortly after Glenullin won the championship and spent years in England. Danny is back living in Glenullin and his son Donal has recently broken onto the senior team.

Dermot McNicholl – He was the captain and his and drive was a colossal loss when he was snapped up by AFL club St Kilda. A child prodigy, he played in an All-Ireland minor final at the age of 14. He was one of the most decorated school and colleges players of all time and the youngest ever all-star.  Spearheaded Derry's 1987 Ulster title and was apart of the All-Ireland winning team. Spent time on the club's committee and managed teams.  His son Diarmuid has made the breakthrough to senior.

Dominic Bradley – A brother of the three Bradleys in the full-back line, as well as Liam, Ronan and Niall. Very quick, linked the play from defence and had a fine game against Ballinderry in the final. Small in stature, he was also a very able boxer. Dominic was part of the exodus to leave within a few years of the final. Spent his best years in Philadelphia, but played for Glenullin on his return and is now managing at underage.

Cathal McNicholl – Cathal, an All-Ireland minor winner in 1983, was the link in the Glenullin team, pulling the strings from centre-forward and had a terrific understanding with Dermot at midfield. Never wasted a ball and his passing ability opened up their attack. He worked for Aer Rianta and spent time overseas, but is now back and living in Belfast.

Declan McNicholl – Lives in Philadelphia and when the Derry team went to America in 1993, he starred against Páidí Ó Sé in the 1984 Centenary Cup. He was Glenullin's top scorer in 1985 and was a huge loss to both club and county. One of the best players of his generation and would almost certainly had added to Derry's attacking mix in the early 1990s. No matter what sport he tried, he excelled at it.

Ronan Bradley – At 16, Ronan was the youngest member on the team. He played in an Ulster minor final for Derry at corner-back. He scored a goal against Lavey in the first round of the championship, as Glenullin began their glory march. Has put time and effort into the club's underage. Along with brother Liam, he managed the U14s to Féile success last season.

Colm McNicholl – He got his place for the final at the expense of his brother Gerard's injury. A strong player at full-forward and worked very hard for the team. Colm went to London shortly after the final, before going to live in Dublin, where he still lives.

Raymond Conway – 'Rocky' was a natural defender and played at corner-back on Derry's 1983 All-Ireland minor winning team. He missed Glenullin's semi-final clash against Dungiven with suspension and returned to the team at corner-forward for the final. Another of Glenullin's exiles, he left for England, then Australia before residing in New Zealand.

Liam Bradley – 'Baker' was one of the young guns of the 1977 intermediate team, but got injured before the 1985 season and returned to play in Ulster against Burren. Managed many of the Glenullin underage teams his sons Paddy and Eoin played on, before leading the club to the 2007 title. Took Antrim to the 2009 Ulster Final and as well as managing Ballinascreen seniors, he is back coaching the club's underage.

Gerard McNicholl – Gerard was one of the older members of the squad and was very intelligent on the ball. Didn't run all over the pitch, but knew where to be. A terrific option up front and if the shot wasn't on, out came the left fist to box the ball over the bar. After playing, he helped manage some of the club's underage teams.

Padraig Rafferty – A brother of Colm, Seamus and Mark. Padraig came on as a sub for Gerard McNicholl when he picked up his injury against Dungiven. Currently lives in England.

Martin Mullan – He was in his early 30s and gave a life of service to the club after that. Barring two years – when Gerard O'Kane was in the chair – Martin was the head of the club for '25 of 27' years. On the back of the 1985 success, Martin arrived to a meeting with tickets for a draw that helped build the club's hall.

Giles McNicholl – He was another of the influx of young players and broke onto the team after that. Lived in Belfast and would have taken the Glenullin students up and down the road for training. Is back living at home and is now involved in the club's underage and has a son playing.

Niall Bradley – Niall played in the opening game of the championship against Lavey, but didn't force his way back into the team. Still lives in Glenullin and his son plays with the club's minor team.

Mark Rafferty – Another of the Rafferty brothers, he played on the team in 1986, before emigrating shortly after the final. He spent time in Australia and now lives in the south of Ireland.

Eamon McSorley – The Ballinascreen native worked in the bank and lived in Garvagh, before joining the club. He mixed his playing role with holding the assistant secretary role on the committee.

Seamus Rafferty – Seamus still lives in Glenullin and became a regular at full-back on the team in the years after that, before taking on the mantle of club secretary.

Shane O'Kane – His mother Breda washed the kit and a young 'Chick' was never far away from training. His was the team's mascot, before later becoming a regular goalkeeper. He was between the posts when Derry won the 1997 All-Ireland U21 title and 10 years later was Glenullin's championship winning 'keeper.