TEAM OF THE DECADE: Bernie Mullan picks his Derry club team of the decade

The best of the senior, intermediate and junior ranks 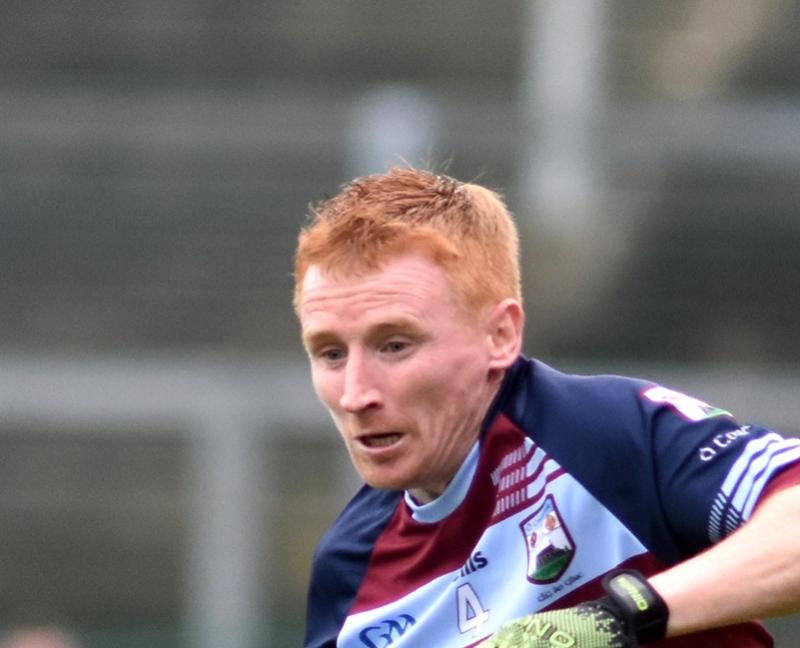 This week, high-respected local sports writer Bernie Mullan has a crack at picking his Derry club team of the decade.

Fireside selectors picking teams is one of Ireland’s national past times. This selection is based on players who took part in county senior, intermediate and junior finals 2010-2019.

It is based on the grade they were playing at that time. Five from each is selected. Just like putting five litres into a one litre jar. Here goes...

1 - Antóin McMullan (Slaughtneil)
For years it was the ‘big boot’ in defence who would do the kicking out. Distance was important. Now it has developed into an art form with the qualities being, a cool head, the ability to kick the ball through basketball hoop at a distance of 40 metres, safe hands and cat like reflexes if required. Antóin has all the credentials.

2 - Oisin Duffy (Foreglen)
A good defender is one that the forward hates playing against and the energetic Duffy was one of those prize assets. Firm in the tackle, virtually impossible to stop on the run and full of scores from his defensive position. His display in the Ulster Intermediate championship against Magheracloone, where he scored 1-2 from play, was exceptional.

3 - Brendan Rogers (Slaughtneil)
No player can change gear as quickly as the tall Brendan when he motors out of defence. He would excel in any sport and could play anywhere on the football field. A brilliant hurler as well. Seeing a forward chasing him with tongue hanging out is something were are used to. A real pleasure to watch.

4 - Karl McKaigue (Slaughtneil)
There is a famous film called the Quiet Man. Karl could be titled the quiet marker in defence. He has snuffed out some of the best forwards in the game and still manages to slip forward and get a point or two. Tackles the ball and not the man, so he rarely gives away frees. His anticipation of where the ball is going to drop is exceptional.

5 - Niall Keenan (Castledawson)
A neat and tidy footballer. His build would suggest corner forward material but he is actually a quality defender. Came through the minor and U21 ranks showing class all the way. His display at Croke Park in the 2015 minor semi-final for Derry marked him as a player with a great future and he has lived up to that billing.

6 - Joe Gray (Faughanvale)
Play anywhere Joe (The Silver Fox) was the heart beat of Faughanvale teams for the most of two decades. He led a young team from the junior ranks to a solid intermediate outfit. Played and managed at different times and had a few games with Derry in the 1990s. Has all the skills and a read dead eye free taker.

7 - Jimmy O’Connor (Glack)
Jimmy was ‘spotted’ by an Derry U21 scout when he was closer to 30 than 20. Now, nearer 40 than 30, he keeps up an amazing standard of fitness. Normally listed as a corner forward he is let loose to conduce the orchestra. Not the biggest but he makes light of that with his wide range of skills.

8 - Enda Muldoon (Ballinderry)
Could have played on any team, in any era. Great hands and a master of the ever accurate foot pass. Always made the game look easy since he broke into a Derry minor team in 1995. Now a qualified coach, passing on his skills to the next generation the youngsters could not have had a better tutor. A gentleman on and off the field.

9 - Mark Lynch (Banagher)
From enthralling Croke Park in the 2002 All-Ireland minor final, at the age of 16, Mark has continued to show quality. Stepped down two years ago after a long inter county career. Still the heart and soul of Banagher teams. He was exceptional in their senior championship run last year and the intermediate title a year previous. In his all round skills is the mastery of free taking.

10 - Michael McNaught (Doire Trasna)
Grandson of the great Mickey McNaught who was on the Derry 1947 National League winning team. His accurate left foot is one of the reasons why the Waterside men have become a solid force in Derry football. Can play midfield or half forward and seldom is below par. A very accurate free taker.

11 - Richard King (Limavady)
Richard broke into the Wolfhound’s senior team at the age of 17 as a corner forward. Now a commanding figure in the half forward line and an excellent free taker. Was a key figure in the treble winning junior team of 2018. His rather harsh sending off against Red Hugh’s almost certainly cost Limavady the Ulster title. At 25 there is a lot more to come from this excellent footballer

12 - Enda Lynn (Greenlough)
Good enough to captain his county for two seasons. This man is a virtual scoring machine. Such is his dedication that he has been known to train on Christmas Day. His pace and tireless running makes him nearly impossible to mark. Missed a lot of action last season with an injury. Greenlough and Derry will be glad to see him back again if the action ever resumes.

13 - Paudie O’Neill (Moneymore)
Probably the best club footballer in Derry never to get a county call. Time after time, he would win games on his own for the Henry Joys. His scoring tallies were mind boggling but like a lot of good footballer had ongoing injury problems. A loyal club player he often played through the pain barrier.

14 - Kevin O’Connor(Foreglen)
Every year he postpones his retirement is another good year for Foreglen. From being an excellent half forward he now brings his deadly accuracy to the role of target man. A quite superb free taker who is always calm and measured. Played a leading role in their intermediate championship win last season.

15 - Conleith Gilligan (Ballinderry)
Has to be one of the highest ever scorers in Derry club football. From his teenage years to his mid-30s his quality never dimmed. Be it from frees or open play, he seldom missed the target. His pace and ability to be in the right place at the right time marked him as one of the best. His retirement left a huge void in the Shamrock’s attack. He is now passing on his skills to others.