This evening if you’re near John Street you’re going to hear some of the best music in the country. 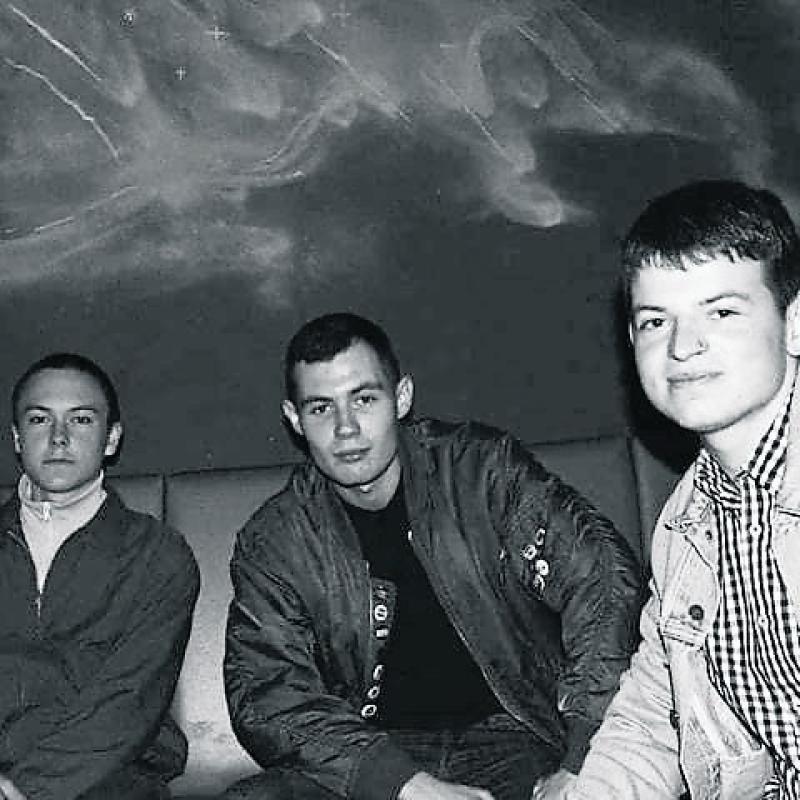 This evening if you’re near John Street you’re going to hear some of the best music in the country.
They can’t just be gorgeous shining examples of humanity I hear you say, they must have thoughts and opinions. Judge No Collusion for yourself.

You’ve had some controversy, what else is bad about the Derry scene?

“The bands in Derry that think they're better than others and look down their nose at ye.
“The ones who think it's a competition and talk crap about other bands and the ones who blame the scene for their own problems instead of solving them”. What’s good?
“We've met some sound people from here in the music scene that has done a lot for us. The sound people support us, and we support them and that's the best way to be. We mostly follow punk bands from Belfast like Sense Deficiency, United Bottles, Takers & Users etc, but local bands we'd go out to see would be The Runbacks, Dirty Faces, The Barbiturates, Squak and Zaebuis. class bands, pure legends.”

Do you think it’s more important that Derry and Donegal have a good working relationship?

“Definitely. Myself (Dualta) I'm from Raphoe and there was not a hope I was getting anywhere with music there.
“I came to Derry about four years ago to start a band with a few mates I met on Facebook. I've been playing in bands here since and have had great opportunities and experiences that I wouldn't of got in Letterkenny, like breaking a toilet in Belfast, getting arrested after playing a set and getting kicked out of my own EP launch by the bouncer, good craic hi.”
But what about Dirty Faces? Josh O’Kane got back to me quickest.
How did your faces get dirty?

“I was writing what I called punk-poetry just before we started. I was looking to start doing spoken word performances when Lorcan came to me saying how he can play music live through a Gameboy Colour and I should sing over it. We started writing new wave post-punk type stuff after that, gigging under the name 'Hush,.”

He said “Known each other for about 10 years.
“Me and Josh were in a band called Monday Club first played a few gigs until the band split and I formed fabric with Ruairi Coyle. Then we re-joined to form Hush which we renamed to Dirty Faces.”

“I think Sleaford Mods and John Cooper Clarke would be the obvious ones. We always had the material but didn't think it would go down well, it was just a laugh, until Lorcan showed me Sleaford Mods. That was the go-ahead for me to start the rant-hop. I like that combination of punk and hip-hop and would take a lot of inspiration from both Kneecap and Versatile in that sense.”

“Was always a big fan of The Barbiturates and Deadpool in Derry, I hear Deadpool are making a comeback too so I'm looking forward to that. I'd say the best band from Derry by far is Ar An Tabla. Losta Plot has already brought out two videos, a mixtape and a new mini album and I hope the man starts doing more gigs with us for he smashed it last time.”

You’ve got a cult following, what about a wee album for us cult members?

“You and my ma, is that what counts as a cult following these days Magee? Aye we have a 12-track mixtape titled 'North West Anthems' coming out hopefully this Summer, Produced by 'Big Daddy' Gerry Craig. 'Fat White Families' was the first single from this to be released and we have the second being released in time for Easter called 'No More Idols' which comments on the canvassing of political parties during election season.”

“I'm off drink for Lent so dying for a stout. Thank St. Paddy for being the first Taig to break his lent, setting in motion this fine tradition of doing what we want on the 17th of March.”
Lorcan came back onto the conversation to add: “Paddy’s day should be class will be selling official DF masks that night but were still having trouble from our supplier its more or less sold out so if you get corona that night it will be worth it to see Dirty Faces.”

What if we get coronavirus?

“I think I have it lad”.
Be in Bennigans early!