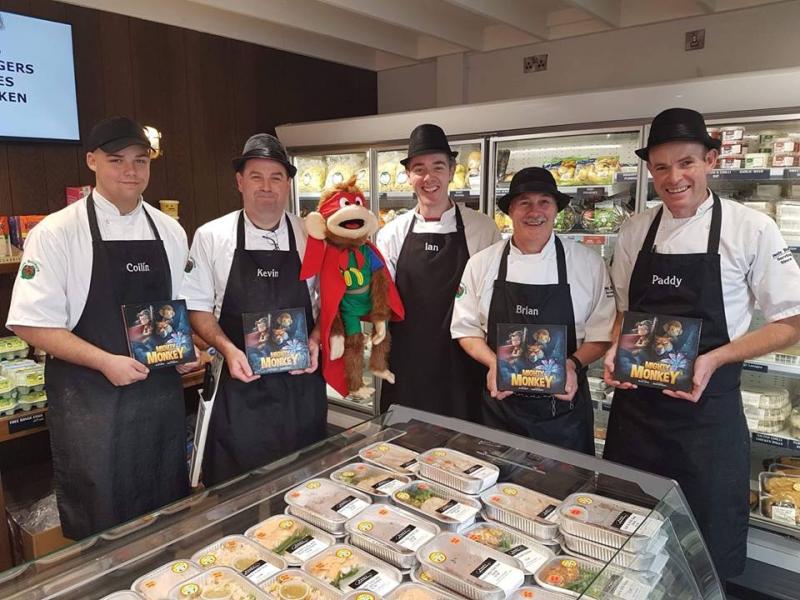 One of Derry’s most popular butcher’s shops has said the so-called ‘vegan boom’ has not impacted on business as the attitude of local people towards good quality meat remains unchanged. Veganism is the practice of abstaining from the use of animal products, particularly in diet, and an associated philosophy that rejects the commodity status of animals Record numbers of people are said to have signed up for Veganuary this year, to try veganism for the first month of the year.  It is becoming more of a mainstream movement with changing attitudes towards the environment, animal welfare and overall health. With Veganuary in full swing, people on all sorts of non-meat diets as part of their new year’s resolutions and a growing demand for ever cheaper prices, you’d think that local independent butchers could be on the chopping block. Not so, according to Paul’s Butchers which says that Derry is still a city of meat lovers where people have become more knowledgeable about food quality and healthy living nowadays. Aaron Ellis, of Paul’s Butchers, said: “The whole vegan push at the minute isn't having any impact on us, but with the time of year we definitely find we are a lot busier with people choosing the option of better quality fresh foods rather than mass produced supermarket lines. “We find that our slimmer’s ranges and extra lean/high protein options and packs are more of a big draw as well as our range of healthy option ready meals, which shows us that people are paying more attention to their diets and health but the whole vegan push hasn't shown us any effect or as far as I can think has not been mentioned to me by anyone visiting any of our stores.” He added: “With regards to the appetites of Derry folk, we see no change in people's attitude to meat, if anything we’re selling more.  But this may also be that people know when they buy processed goods from us such as sausages or bacon that it's not like your supermarket chain ranges or big brand options, we make small batches using quality ingredients. “For example, our handmade dry cured bacon is booming because people see that when it's in the grill or pan there's no rubbish in it to come out, same can be said of our sausages and burgers.” Currently there are sixteen butchers registered in the city, three of which are independent butcher counters within a shop.  There are also seven supermarkets which operate their own butcher counters within the supermarket. ‘Skill and pride’ In France butcher’s shops came under attack last year when “vegan fanatics” vandalised premises and sprayed them with fake blood. And in December of last year, animal rights’ organisation Peta, pleaded with people to stop using phrases such as “bring home the bacon” or “flog a dead horse” because, in its view, they trivialise violence against animals Mr Ellis believes that people are “always anti something” and as such there will forever be some level of anti-meat publicity in the news.  He encouraged people to continue supporting local independent butchers or there’s a risk this specialist service could “disappear” at some stage. “On a personal note I feel the anti-meat publicity is always going to be about, but then the news is always anti something. “In terms of people shopping at local butchers, well obviously I feel people should be, as me and the rest of our team put so much effort, skill and pride into our products. “But we've also the knowledge and skill to help you choose the right cuts for the right dishes, and as with every other specialist service, if they are not looked after they do disappear,” he concluded. Photo: The team at Paul's Butchers.
ADVERTISEMENT - CONTINUE READING BELOW