Paul's Campaign: ‘If it brings a smile to a family’s face then it’s job done’-Francie Coyle 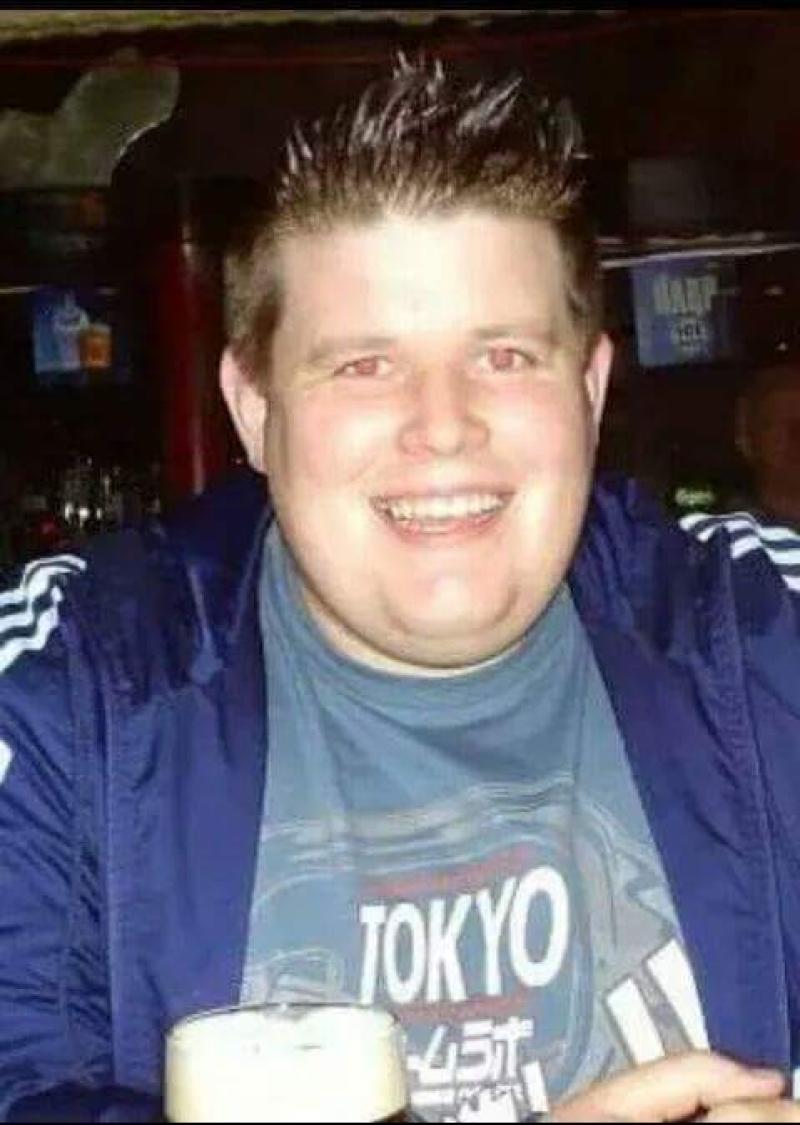 One of Derry’s most recognisable health campaigns has announced a unique partnership with a Blackpool based charity that provides a haven for children with terminal illnesses and their families.

Paul Coyle was just 28-years-old when he passed away in 2011 from the effects of a rare form of cancer called sarcoma.

Since the death of his son, Francie Coyle with his family, friends and other volunteers, has devoted a great deal of time to increasing awareness of the condition often referred to as the ‘forgotten cancer’.

Sarcomas are rare malignant tumours that grow from transformed cells of the connecting tissue of muscle, fat, cartilage or bone. While the tumours can affect any part of the body, they are most commonly found in the lower limbs.

In July every year, Free Derry Corner is painted yellow in advance of Paul’s Walk, the aim of which is to promote the vital need for early diagnosis.

Paul Coyle first visited his GP complaining of a lump in his leg, but because of its location and the fact that he was an avid rugby player it was described as a sports injury. By, the time a full diagnosis was finalised it was past the point where the young Derry man had any chance of survival.

The problem is that in the early stages sarcomas attached to soft tissues are at first present no symptoms. Pain will come as the tumour grows and presses against nerve endings and muscle. So, it’s the period between those two stages that it becomes paramount that the condition is fully detected.

As he spoke to the Derry News Francie Coyle brandished a tin of baked beans in his hand. He then explained that earlier this week at a talk during World Cancer Day he had used the contents of the tin as a poignant visual aid to explain the size of a Sarcoma lesion.

Typically, initial tumours begin at around 4 centimetres-the size of a baked bean.

“Paul went from a 4 centimetre lump to one approaching 27 centimetres before it was discovered he had Sarcoma.

“I explained that he was six feet in height, he worked hard as a chef, he was a rugby player but this disease paid no attention to that.

“But, in all fairness to medical staff and medical bodies, they didn’t know much about Sarcoma. So, you can’t pinpoint it and say it was anyone’s fault in particular. The thing was there wasn’t much known about the condition.

“It took us five years to get the British Medical Association to put in place protocols for GPs diagnosing Sarcoma. But it’s now in place and that’s a big advancement from a few years ago.

"People are asking me about Sarcoma now rather than me having to explain it. It's basically about raising awareness about yourself and your body, preventing death and saving lives,” he said.

On New Year’s Day, 1996 in Blackpool a 20-year-old woman called Donna Curtis passed away. She had fought cancer for the previous four years. At her bedside she left a small red box containing messages of love for her family and young husband.

As she fought against cancer throughout her late teenage years Donna saw first hand the suffering of many terminally ill children and promised her legacy would be that those in such a position would live their lives a little more happily in the time they had left.

Her parents, Len and Barbara Curtis then set about creating Donna’s Dream House.

The facility, within sight of Blackpool Tower is a holiday home for kids with life-threatening or terminal illnesses.

Len Curtis, a hotelier by profession, secured a derelict hotel from the local authority for a peppercorn rent and created a haven supported by business owners and other donators who raise the money needed to keep the facility going.

The connection between Donna’s Dream House and Paul’s Campaign came through the efforts of one Derry woman who travels to Blackpool regularly to visit some of her  family who have lived there for over 25 years.

Debbie Lamberton from Creggan, a cousin of Paul Coyle and a founder member of Paul’s Campaign told the Derry News: “On a visit to Blackpool I found out about the Dream House and I literally knocked on their door and explained our story.

“I asked if they would consider extending their service of bringing very ill children from Derry to Blackpool. I was welcomed with open arms.

500 guests will tomorrow night attend Donna's Dream House Annual Fundraising Ball in Blackpool, where the link-up between the organisation and Paul's Campaign will be formally announced.

Len Curtis said: “When I was told about Paul’s Campaign we first invited three families to come over. In return we were invited to Derry and were given a civic reception by the mayor. We also attended Paul’s Walk and after that we gave a commitment to take as many children over as we could.

“We were totally impressed by the campaign and also by the town itself. When I met Francie we hit it off immediately because we are two fathers trying to do achieve something positive out of tragedy.

“Although they are gone, we are keeping our children’s memory alive by trying to help others. Part of our presentation at the annual ball tomorrow night will be to officially announce us working together.

“We had a few families from Northern Ireland here before, but we knew nothing of Paul’s Campaign until we met up. This connection is already proving to be successful. Blackpool is a holiday destination. We are located virtually opposite the Blackpool Tower, so it's a holiday experience.

"We try to make it as inexpensive as possible for families coming to stay with us. We will pick them up and leave them back to the airport and Paul's Campaign will raise the money for the airfares. I can only see this connection going from strength to strength."

Francie Coyle added: "“What Donna’s Dream House is going to do is launch Paul’s Campaign in the UK as part of working in partnership with them and what they want us to do is do the same for them.

“We are going to send families over to them and have already picked 12 families from here to go. Essentially, it could be there last holiday.

“We aren’t funded so we have different fundraising events over the year-we have our Strictly Come Dancing event, the boxing event, we are going to do the Full Monty and an X Factor competition and we always have our annual walk on the last Saturday in July.

“There are also plans to give Paul’s Campaign a base at the new Destined premises on the Foyle Road which will be open in the next couple of months. We will be able to use the new facilities there. We will be able to have a hub there to work out of.

"The hope is that the drive to keep increasing the awareness of Sarcoma and other life-threatening conditions will eventually see Paul’s Campaign expand its coverage of support beyond Derry into Tyrone and Donegal as well."

CAPTION: Paul Coyle who died in 2011 after suffering from a rare form of cancer called sarcoma.
ADVERTISEMENT - CONTINUE READING BELOW