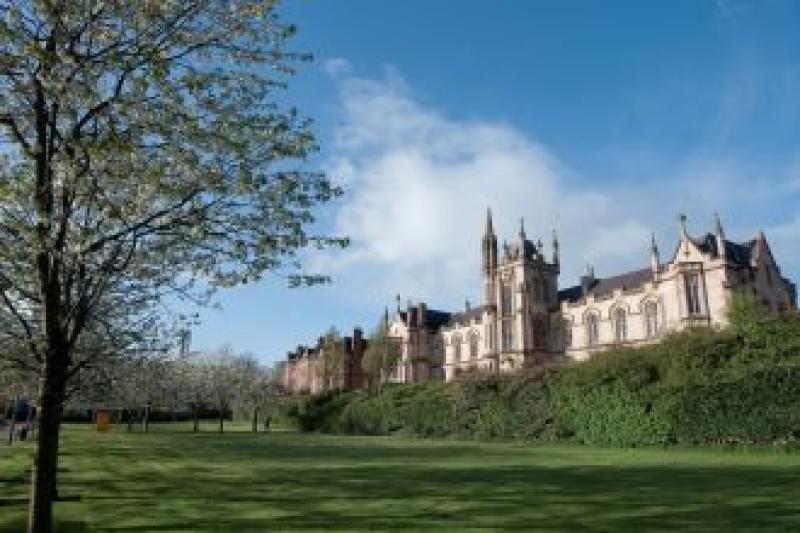 Ulster University’s role at the heart of delivering Derry’s long-awaited City Deal has been called into question. UU’s inclusion as a lead partner of Derry City and Strabane District Council in advancing a City Deal has been scrutinised, by amongst others, the Derry University Group (DUG). The group stated: “Given that we have had the worst third-level provision on the island for decades, at what point do Derry City and Strabane District Council accept that it is complete folly to have UU as lead partner in our regeneration strategy?” SDLP MLA Mark H. Durkan also said that Derry has been “cheated out of a University expansion for too long” and believes its growth will be integral to any City Deal. “To move our city forward in terms of boosting our economy, creating employment opportunities and making Derry a more attractive place for our young people to live and work, relies on the growth of our university. “Ulster University's expansion is fundamental to delivering an effective City Deal - it demands a whole-hearted commitment from both UU and council but we need to secure a return to government to ensure that this expansion is delivered,” he added. However, Ulster University and Derry City and Strabane District Council share the view that their “strong partnership” has been, and will be, key to progressing the City Deal. UU insists that its participation in the City Deal “recognises the crucial role” the university plays as an “economic driver in the North West and will see us match our expertise to the city’s potential in this unparalleled opportunity to boost economic growth and prosperity.” A spokesperson for UU added: “The Ulster University City Deal proposals will drive innovation in personalised medicine, cognitive analytics, robotics and automation, leading to both new research posts and opportunities for more than 2,000 additional students. “The proposed riverfront innovation hub will build upon the expertise of our first data analytics Institute, opened in 2017 and headquartered at Magee campus, and which cemented our reputation as a global leader in this field. “Also integral to the City Deal remains our commitment to establishing a Graduate Entry Medical School in a bid to address the challenges of a healthcare system at breaking point." Collaboration Meanwhile, a Derry City and Strabane District Council spokesperson said the strong working collaboration between Council and its education, business and economic partners including the Ulster University, the North West Regional College, both the Londonderry and Strabane Chambers of Commerce, the Western Trust, Visit Derry, City Centre Initiative and the Foyle Port, has been instrumental in advancing with the significant investment package of £105m that was announced in May. She commented: “The bid for a City Deal was initiated and developed by the Council in strong partnership with these partners who have worked tirelessly together to develop a bid that has education, innovation, job creation and skills development at its core. “The key focus for all partners involved in the City Deal is the advancement of the much sought after expansion and growth of the Magee campus. “The Council believes that this strong collaborative approach and unified vision and commitment demonstrated by all politicians and partner organisations has been instrumental in securing this positive outcome and is essential as we move to the next stages of the process to advance the projects through planning and design.” The £105m economic package by the UK Government in the Derry City and Strabane City Region is widely viewed as “a significant catalyst for change and economic growth”. The investment package announced comprises a £50m ‘City Deal’ and a £55M ‘Inclusive Future Fund’ and is the culmination of a long period of engagement with government in relation to advancing priority projects and initiatives within the City and District’s Inclusive Strategic Growth Plan and City Deal proposals. Reflecting the model unveiled by government for the Belfast Region City Deal, it is anticipated that the UK government investment package of £105m will be at least matched by a similar commitment from the NI Executive and will lever further investment from project partners and other third party sources leading to an overall investment of around £300m.
ADVERTISEMENT - CONTINUE READING BELOW