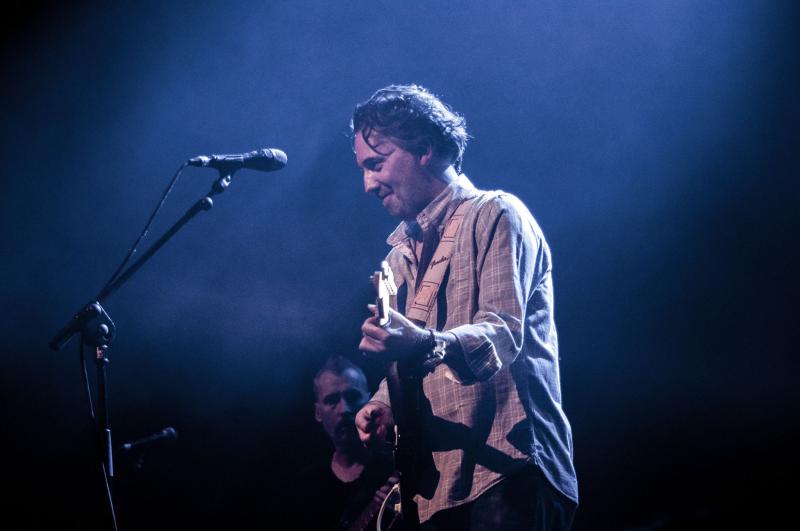 Tickets for what is sure to be the best outdoor local music gig of summer 2019 will go on offer this Saturday (August 3). And, more importantly, the concert is free. Homegrown Live at Ebrington on Friday, August 23 will showcase some of the North’s most vibrant talent. Headlined by The 4 of Us, the gig will also see performances from Paddy Nash and the Happy Enchiladas and Ports. However, the event is the brainchild of Derry’s highly acclaimed singer-songwriter Paul Casey who of course will take to the stage to again entertain his native city. Casey’s talent has attracted accolade after accolade with legendary rocker Chris Rea amongst his fans-so much so in fact that he invited the Derry man to be his guitarist on one of his tours. And the late BBC broadcaster Gerry Anderson was also enthralled by Paul Casey’s talent and regularly championed him on air and also said: “Genius…you won’t hear much better than that in the world.” Homegrown began as an indoor event six years ago as Derry’s year as the City of Culture kicked off in earnest and has been a musical highlight of the early part of each year since. Paul Casey told the Derry News: “I initially began it in culture year, 2013. I mean, there was a lot of stuff happening in the town. A lot of us thought there was going to be a lot of opportunities for local musicians. It turned out that there wasn’t. “So much so, that I thought I’d like to pull something together. I approached Bronagh Gallagher and Paddy Nash and the Happy Enchilada’s and they were up for it. I went to the Millennium Forum and told them about the idea and they liked it as well. And, luckily the only date they had available was early January. “So, we actually ended up being the first live event of the culture year. A lot of things during that year were free of charge, but we had to charge to cover our costs. So, we had our backs against the wall with regard to that, but I think because we were the first event, luckily people got behind it and supported it because the whole idea was that it was about local homegrown talent. Local bands, local sound crews and a local presenter-Mark Patterson. “It worked and every year since I’ve gone back to the Forum and they’ve always said let’s do it again. They’ve supported it 100 per cent. As it turns out, Homegrown is one of the few things of the culture year that’s still going. “I’ve always been asked to do it in the summer as well as the winter, but it takes a lot of money to put it on. But Stephen Porter from Jika Jika contacted me about a month ago. They do a big gig at the end of August every year at the Bank Holiday, on the Saturday and Sunday. But it’s all set up from the Friday and lies empty, so he said would you be interested in doing something or helping us pull something together? “We made a few phone calls because we wanted a couple of big names as well, but it looked as if it would get very expensive. So, I said why not try a Homegrown thing, but make it a free event and just charge a booking fee to cover the administration costs for the tickets. I know the 4 of Us and the boys agreed to do it. It’s as simple as that. I always keep trying to push local talent. It’s a good local event and I don’t see why people won’t back it. “The Homegrown winter gig is always January. I go the Forum every year and ask if its possible and at the minute I’m hoping that’ll happen again in January and doing this gig would only strengthen the case for the winter one. “Plus, I always had this idea that of it going outside of Derry and making it for example, Homegrown Newry or Belfast or wherever else. It will still be home grown, it’ll still be Northern Ireland. We can take it anywhere in the North and expand the brand. I’ve always got that in the back of my head and why not.” Tickets for the event will be like gold dust and will be snapped up immediately so everyone is advised to get their alarm’s set or go to the Homegrown page where you can set up an online reminder and get placed on our waiting list. Free tickets for the Homegrown Live event are available this Saturday, August 3 at 10am or online at Skiddle.com or in-store at Cool Discs Foyle Street and Lisnagelvin Shopping Centre. There will be a small booking and administration fee of £2.50 in-store and £3.50 online. The event is strictly 18+ For more info check www.facebook.com/homegrownderry CAPTION: The tickets for Paul Casey's Homegrown Live gig will be available from Saturday morning, August 3.
ADVERTISEMENT - CONTINUE READING BELOW