Millennium Forum ticket line back in business again from next week

The city's largest theatre has been closed since March 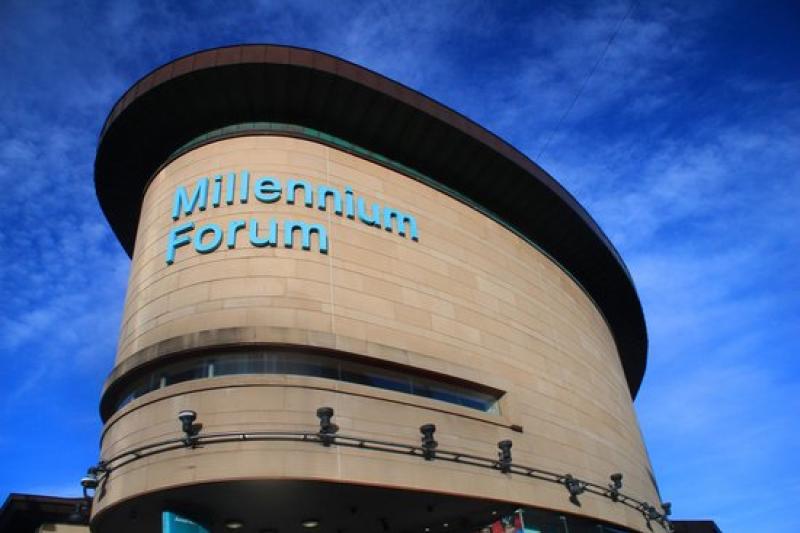 The ticket line for Derry's largest theatre will reopen next week, selling for non socially distanced shows which will begin next April.

Chief Executive of the Millennium Forum, David McLaughlin, said plans are also in place to reopen the box office to the public from November 20.
"It is coming up to Christmas which is traditionally our busiest time of year, with people buying tickets for presents and for themselves so we are delighted to announce the ticketline will be in operation again.

"If there is a reasonable response the next step will be to open the box office to the public again.
"Of course, this will be done with all covid restrictions adhered to.
"It may be that people have to queue to get in to the box office, which isn't something they would have had to do before unless tickets for a major show were being released."
The Forum's first live show that is on sale is for country music star Nathan Carter est Good Friday, April 2 and tickets will not be sold on a socially distanced basis.

"The Millennium Forum has a seating capacity of 1012, but under social distancing guidelines it could only accommodate around 230/240 people and a big show like Nathan Carter's isn't going to come to play to 200 people," Mr McLaughlin explained.

"We will be selling tickets as normal in the hope the restrictions will be removed by then.
"We can't work on the opposite assumption."

Tickets are also on sale for the City of Derry Jazz Festival 2021 which will be welcoming Van Morrison to the Forum on Friday April 30 and Saturday May 1 followed by Imelda May on Sunday May 2.

Derry's Groove Theatre Company will be bringing High School Musical to the Forum from May 26 to May 29, 2021.
"Tickets for High School Musical are already 40% sold and it's looking like it will sell out the way it is going," said Mr McLaughlin.
"It's great that there are these chinks of light starting to appear after what has been such a difficult time for the arts sector."
In a first for the Millennium Forum the theatre will be live streaming a Daniel O'Donnell show this Sunday, November 1.
"We have sold thousands of tickets world wide for this which has been fantastic," Mr McLaughlin said.

"It's a first for us because we usually sell to people who have a 30 or 40 minute drive time to the theatre.
"It has been announced this week that new funding applications can be made to the Arts Council, so with government support this may be something we can do again."
Forthcoming shows at the Millennium Forum will be announced via its Facebook and Twitter in the coming weeks.
The ticketline on 028 7126 4455 will be open  from 10.30am to 4pm Monday to Friday, from next Monday November .