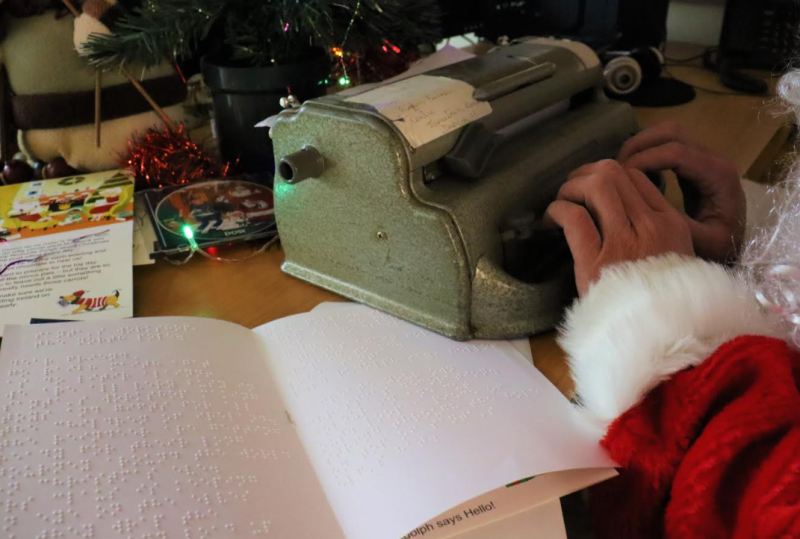 The National Council for the Blind Ireland (NCBI) is organising the initiative so that children can get a note from Santa in fully accessible formats such as braille, audio CD or large letters.

The NCBI's library team will assist Santa in the scheme, which is a result of a long-running partnership with An Post.

Library manager, Lina Kouzi, said, "We have been working with Santa for many years now to make sure that he can respond to all children who are blind or vision impaired. I am one of Santa’s helpers who oversees this project for him. I am looking forward to receiving your letters and passing them on to Santa!"

Families with vision impaired children who would like an accessible Santa Card can email santa@ncbi.ie with the request before December 15th.