Ciaran Coll on road to recovery after injury scare 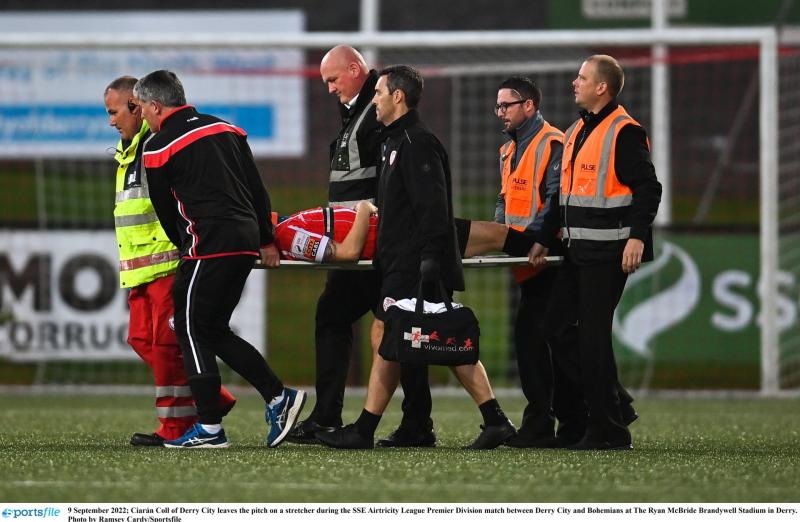 Ciaran Coll is stretchered from the pitch during the first half of Friday's game against Bohemians. Pic by Ramsey Cardy/ Sportsfile

Derry City defender Ciaran Coll is recovering at home following his injury scare against Bohemians at the Brandywell on Friday night past.

The defender landed badly following an aerial challenge with Bohs' midfielder Ali Coote and is believed to have been unconscious for 10 minutes as medical personnel treated him before he was eventually stretchered from the pitch and taken to hospital. The game continued after a long stoppage with the Candystripes winning 1-0, but there was great concern over the condition of Coll afterwards.

The club have alleviated those concerns however, revealing that the 31-year-old is at home recuperating.

"Ciaran was transferred to hospital and underwent the relevant medical tests during the game. Thankfully all tests were clear and Ciaran was allowed home," physio Michael Hegarty said.

""We will assess him over the coming days and he will get whatever help he requires. We would like to thank the emergency pitch-side team for their excellent work."

The club also said that Ciaran has expressed his thanks to everyone who has been in touch although he is unable to reply to all the messages for now.