Derry City too good for UCD, as they close to within four points of Shamrock Rovers. 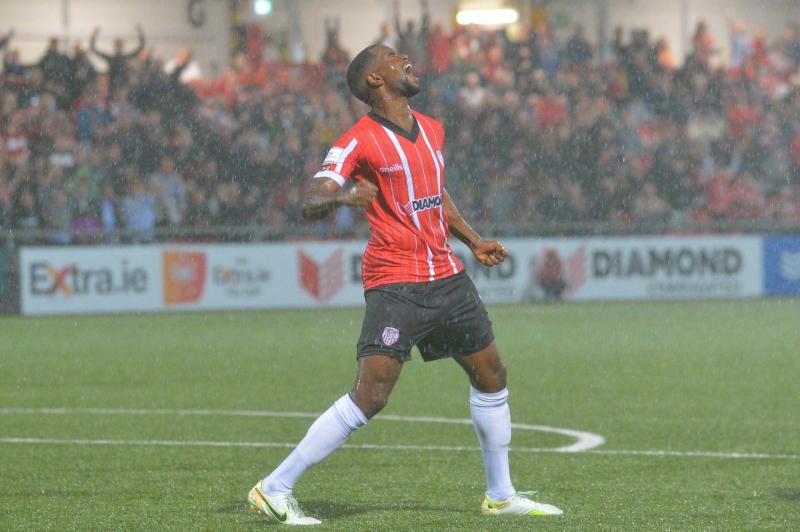 Michael Duffy scored his first goal of the season as Derry City moved to within four points of Shamrock Rovers at the top of the Premier Division with a comfortable win over UCD.

With the champions losing at Bohemians, and Dundalk dropping points against Shelbourne, City took full advantage at a rain-soaked Brandywell.

It took just five minutes for Derry to get off the mark on Friday night, Cameron McJannett setting up James Akintunde who turned it onto the post twice, before Graydon finished the job, scoring from just a yard out.

Maher had to be alert to push Brennan’s curling effort over as UCD threatened briefly towards the end of the first half.

Torrential rain greeted the players at the start of the second half, but a wet surface may have exactly what Derry wanted, and they came close to a second when Diallo’s well-struck effort from 20 yards struck the outside of Moore’s post.

Duffy then came within inches of scoring his first goal of the season when he received a pass from McEleney on the edge of the area and drove it low towards the bottom corner, but the ball flew just wide of the post.

Derry kept going and they finally killed their opponents off on 71 minutes when the lively Duffy broke into the area and set up Diallo, who rifled then ball across goal and into the top corner to make it 2-0.

A tiring UCD were there for the taking and the home side made it 3-0 on 86 minutes when the always dangerous Duffy cut in from the right and his low shot had enough power to beat Moore at his near post for his first goal of an injury-plagued season.