Derry City heavily fined by UEFA over incidents in Riga 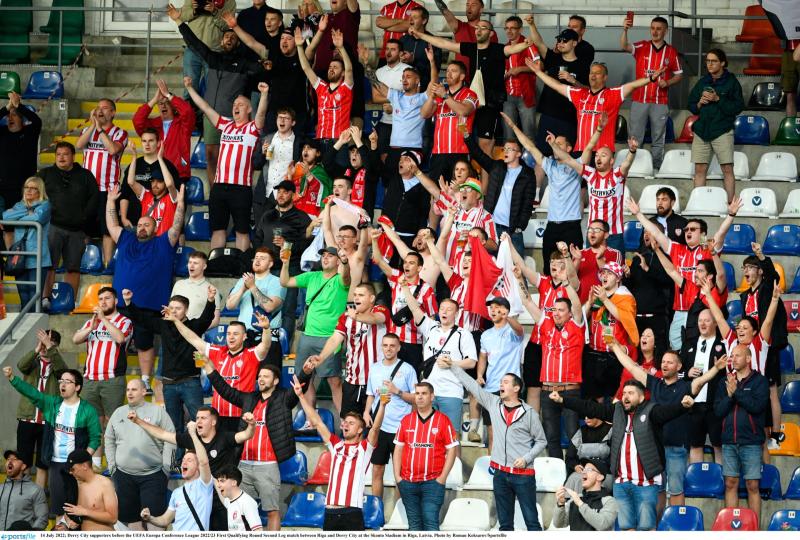 Derry City have been fined over £7,000 by UEFA for incidents which took place in their recent Europa Conference League tie with FC Riga in Latvia.

The Candystripes, who lost the second leg 2-0 on July 14, have been fined by the competition's governing body due to a pitch invasion and lighting of fireworks.

It is not the first time this season that the club has been fined due to the behaviour of some supporters, with Derry City revealing back in March that they had been fined £3,000 due to the continuous use of flares in games.

Shamrock Rovers have been hit with an even heavier fine of €21,875 for crowd incidents during their Champions League win over Ludogorets at Tallaght Stadium on July 26.