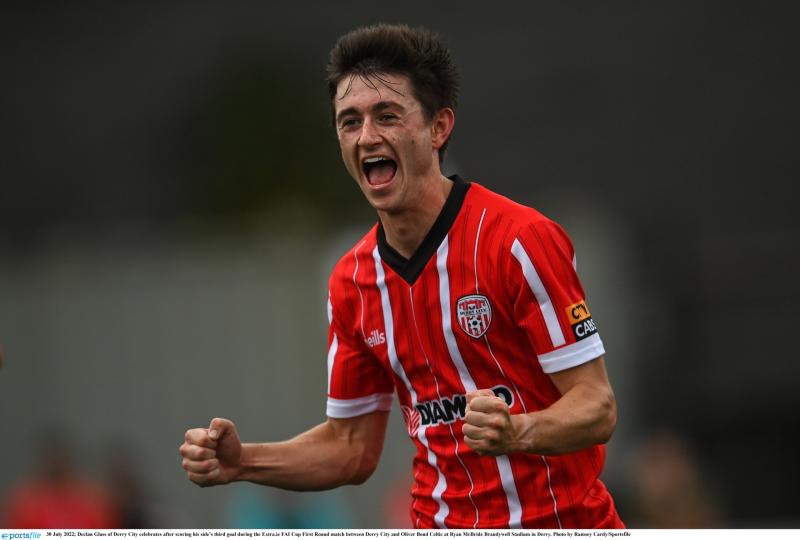 Declan Glass made it a Derry City debut to remember as he hit a first half FAI Cup hat trick to help his team see off Oliver Bond.

The 20-year-old took just 15 minutes to hit his treble, becoming the first City player to hit a hat trick on his debut since Rory Patterson in 2012.

This cup game was over by half time. James Akintunde opened the scoring after just 8 minutes and then Glass took over, scoring two goals in three minutes before firing in his third from the penalty spot.

The pace of the second half was understandably much slower, but the fifth eventually came on 62 minutes. Goalkeeper Jake Carey denied substitute Michael Duffy a goal after another brilliant pass from Patrick McEleney, but the rebound fell straight into the path of Akintunde who scuffed it over the line to score two goals in a game for the first time in his Derry City career.

Mark Connolly made it 6-0 as he also scored on his debut, tapping in from close range, before Jamie McGonigle lashed in a seventh in the last few minutes.